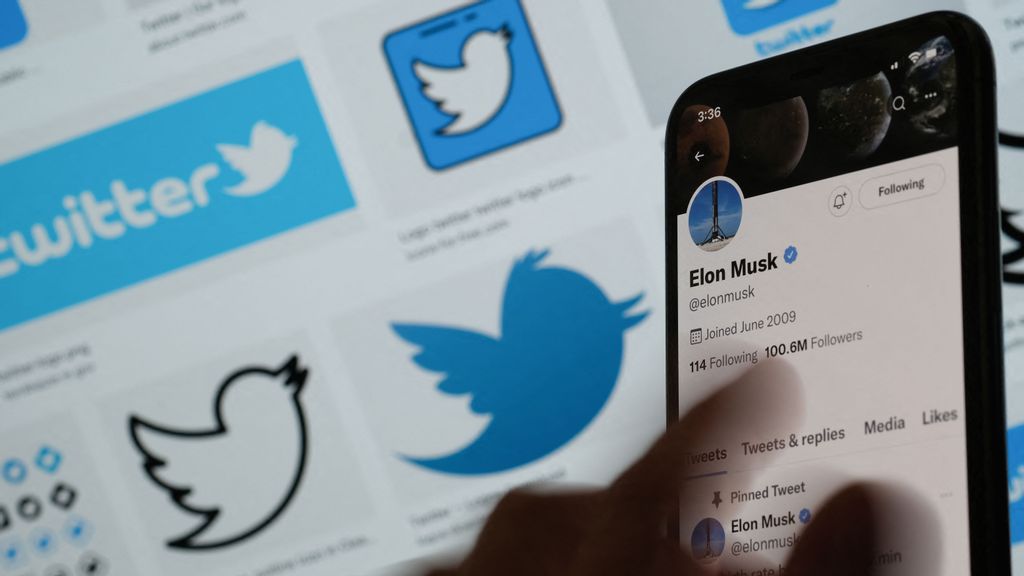 This illustration photo taken on July 8, 2022, shows Elon Musk's Twitter page displayed on the screen of a smartphone with Twitter logos in the background in Los Angeles. - Elon Musk pulled the plug on his deal to buy Twitter on July 8, 2022, accusing the company of misleading statements about the number of fake accounts, a regulatory filing showed. Musk made the Twitter files public that includes 'the secret blacklist'. CHRIS DELMAS/BENZINGA

Twitter CEO Elon Musk has made public the second tranche of “Twitter Files” that point to the existence of secret blacklists which kept certain disfavored tweets from trending.

Musk retweeted a thread from the journalist Bari Weiss who shared excerpts from the files. The entrepreneur also posted popcorn emoji to insinuate his anticipation of the forthcoming drama.

Weiss said that investigation revealed that Twitter employees build blacklists to “actively limit the visibility of entire accounts or even trending topics—all in secret, without informing users.”

“A new [Twitter Files] investigation reveals that teams of Twitter employees build blacklists, prevent disfavored tweets from trending, and actively limit the visibility of entire accounts or even trending topics — all in secret, without informing users,” Weiss wrote in a tweet Thursday.

Weiss said what is colloquially known as “Shadow Banning” was referred to by Twitter employees as “Visibility Filtering.” She quoted a Twitter employee as saying that it was a very “powerful tool.”

This filtering was enforced by a team called “Strategic Response Team – Global Escalation Team“, or “SRT-GET.” There was also a level beyond this type of “rank-and-file” moderation which was enforced by the “Site Integrity Policy, Policy Escalation Support,” known as “SIP-PES,” according to Weiss.

SIP-PES was a secret group made up of Vijaya Gadde, Twitter’s former legal head, Yoel Roth, the former global head of trust & safety and subsequent CEOs, Jack Dorsey and Parag Agrawal, among others.

Weiss said one of the accounts that faced scrutiny from SIP-PES was the Chaya Raichik-run @libsoftiktok, which was designated as “Do Not Take Action on User Without Consulting With SIP-PES.”

Weiss listed on Twitter, “16. One of the accounts that rose to this level of scrutiny was @libsoftiktok—an account that was on the “Trends Blacklist” and was designated as “Do Not Take Action on User Without Consulting With SIP-PES.”

“If the goal is transparency to build trust, why not just release everything without filter and let people judge for themselves? Including all discussions around current and future actions? Make everything public now. #TwitterFiles ” Dorsey tweeted in response to Musk saying he needed time before publishing “Episode 2” of the files.

Notably, Roth said Dorsey was brought on board for implementing more research to support the expansion of “non-removal policy interventions like disabling engagements and deamplification/visibility filtering,” according to Weiss.

The journalist highlighted the contrast between Raichik’s multiple suspensions for “hateful conduct” and the non-action from Twitter on a tweet that doxxed her home address. Weiss said there will be more to the story that will come in the future.

Musk said this week that the most important data was hidden from Dorsey after the latter demanded the release of all Twitter files “without filter.”