Blinken: US Will Judge Next Israeli Government On Policies, Not Personalities 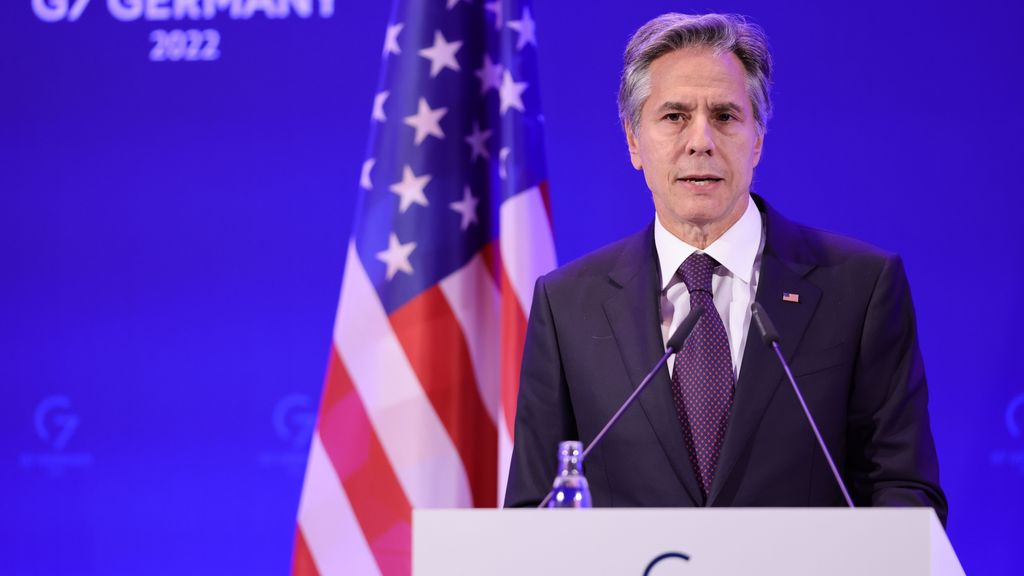 US Secretary of State Antony Blinken speaks during a press conference after the G7 Foreign Ministers summit at the historical city hall on November 4, 2022, in Muenster, Germany. Blinken stated that the Biden administration will judge based on policy, not personalities of the next Israeli government. ANDREAS RENTZ/JNS

U.S. Secretary of State Antony Blinken said on Sunday that policies, and not the people implementing them, will define the relationship between Washington and Jerusalem’s next government.

During his keynote address to the J Street National Conference in Washington, Blinken said, “We will gauge the government by the policies and procedures, rather than individual personalities.”  While the United States would adhere to the standards of the U.S.-Israel relationship established in recent decades, he added, “We will speak honestly and respectfully with our Israeli friends, as partners always should.”

Following Israel’s general election in November, there has been speculation that the Biden administration might decline to engage with some of the more controversial figures in the incoming Israeli government. These include Religious Zionism Party chairman Bezalel Smotrich, who is set to become finance minister, and Otzma Yehudit Party head Itamar Ben-Gvir, who has been promised the national security portfolio.

Asked about the topic last week, U.S. Ambassador to Israel Thomas Nides refused to commit to meet with Ben-Gvir.

“I’m not going to get into who we’ll meet with and who [we won’t]. I don’t even know who the people are going to be,” Nides says during an interview with Channel 12.

While Blinken noted that the administration welcomed Prime Minister-designate Benjamin Netanyahu’s public pledge that his government will work for the benefit of all the residents of Israel, he reiterated Biden’s message to Netanyahu that “we expect the new Israeli government to work with us to promote our shared democratic values. We will continue to support LGBTQ rights and the equal administration of justice to all citizens of Israel.”

The reference was almost certainly to Avi Maoz, the chairman of the one-seat Noam Party, who has pledged to end the Jerusalem Pride parade.

Addressing the moribund Israeli-Palestinian peace process, Blinken said, “We know that at this moment prospects for a two-state solution feel remote—that may be an understatement.” Nevertheless, he stressed that the Biden administration objects to any actions or policies that add to tensions or undermine the viability of a two-state solution. These include the expansion of Jewish communities in Judea and Samaria, any Israeli attempts to apply sovereignty there and any change in the so-called status quo at the Temple Mount, along with incitement to violence, he said.

However, he continued, “Simply discouraging the sides from taking steps that undermine prospects for two states is insufficient, because the reality is that today, Palestinians and Israelis do not enjoy equal measures of freedom, security or opportunity.”

While reaffirming his administration’s commitment to strengthening and expanding the Abraham Accords, Blinken said the normalization agreements are “not a substitute for building peace between Israelis and Palestinians,” and can be leveraged by Arab states to put pressure on Israel.  Blinken cited the accord with the United Arab Emirates, which staved off Israel declaring sovereignty over parts of Judea and Samaria and Morocco’s efforts to expand the operating hours of the Israel-controlled Allenby Bridge border crossing, which the U.S. prioritized in order to aid Palestinian Authority residents traveling to and from Jordan.

Notably, however, Blinken rejected the anti-Israel BDS movement and efforts to single out Israel for criticism at the United Nations.