“It's a beautifully built house that still has all three of the original stone fireplaces Sir Arthur put in. The post Manor once owned by ‘Sherlock Holmes’ author Sir Arthur Conan Doyle on sale appeared first on Talker.
By Ed Cullinane December 3, 2022
Facebook
Twitter
Linkedin
Email 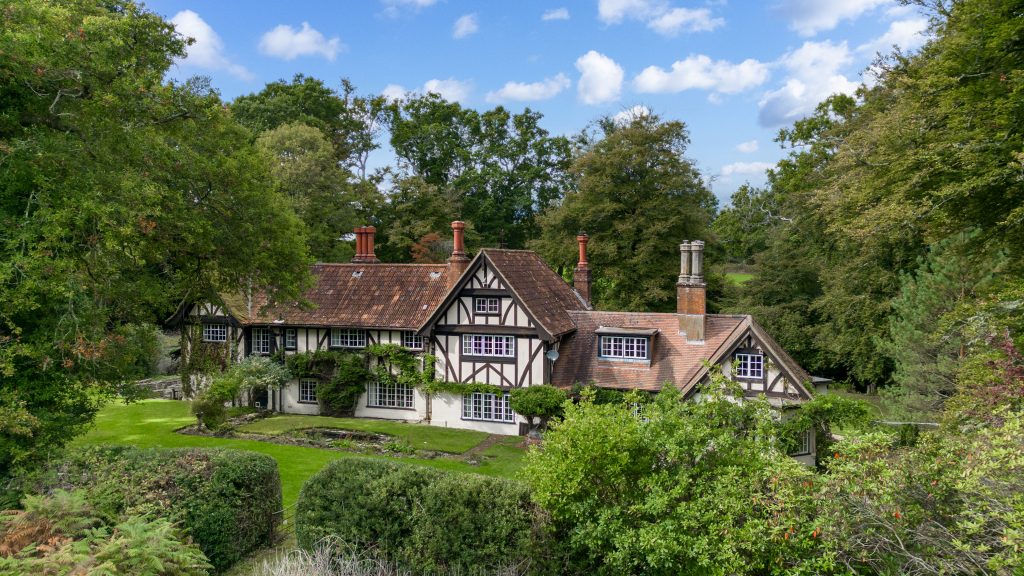 A stunning country 'Sherlock Homes' manor once owned by Sir Arthur Conan Doyle is up for sale for £3million. The author became interested in the area after working on one of his novels. SPENCERS NEW FOREST VIA SWNS

A stunning country “Sherlock Homes” manor once owned by Sir Arthur Conan Doyle is up for sale for £3 million ($3.5 million). Bignell Wood in Brook in Hampshire, England boasts eight bedrooms, seven bathrooms and ten additional rooms. Doyle bought the massive house in 1924 as a birthday present for his second wife Jean after falling in love with the area while researching for his novel “The White Company.”

The pair used the property as a country retreat to get away from their main home at Crowborough, East Sussex. The author even took inspiration from the nearby village of Minstead for the book, and ultimately was buried there when he died in July 1930.

Rather than one of the author’s better known detective novels, “The White Company” is a historical adventure set during the Middle Ages. Doyle became inspired to write the novel after attending a lecture on the Middle Ages in 1889.

The porperty also has historical roots. Set on six acres, the property was originally a Saxon barn and two cottages before the author teamed up with a local architect to build the country house that exists today.

Featuring landscaped gardens, open woodland, paddocks, a stable and a detached garage with a workshop, the magnificent property is a well preserved English country manor. The current owner, interior designer Jane McIntyre, bought the house in 2006 and re-styled the interior while preserving the property’s historic character.

Her additions include a new spacious open plan kitchen and dining room, along with a media room and two studies. A future owner would even get the chance to have their own “study in scarlet” to work in – the same room that Conan Doyle wrote his literary masterpieces, which has now become the “red room.”

“It’s a beautifully built house that still has all three of the original stone fireplaces Sir Arthur put in,” said McIntyre,” We renovated the parquet floors and ripped out the very modern kitchen and bathrooms, reinstating an arts & crafts style more in keeping with that period. Sir Arthur is known for his Gothic suspense crime fiction and historical adventures so I’ve decorated the house with rich, dark colours as a bit of a nod towards Gothic drama.”

“There’s a little corner bay where we like to think his desk was. We were told by one of his descendants that that’s where he used to write. There’s a really warm friendly feeling about the house – everybody who ever comes in absolutely loves it. We’ve kept the original layout, which is very cosy, yet you still have gorgeous entertaining spaces,”McIntyre said.

A seperate Sherlock Holmes related property in London was at the center of a real estate mystery for much of the last decade. Media reports speculated over the owner of London’s 221b Baker Street, the property that served as the ficitional home of Sherlock Holmes. Today the site is a museum dedicated to the fictional charecter. The Times of London revealed that the property was now owned by Dariga Nazarbayeva, the daughter of the former president of Kazakhstan, and her son in 2020.