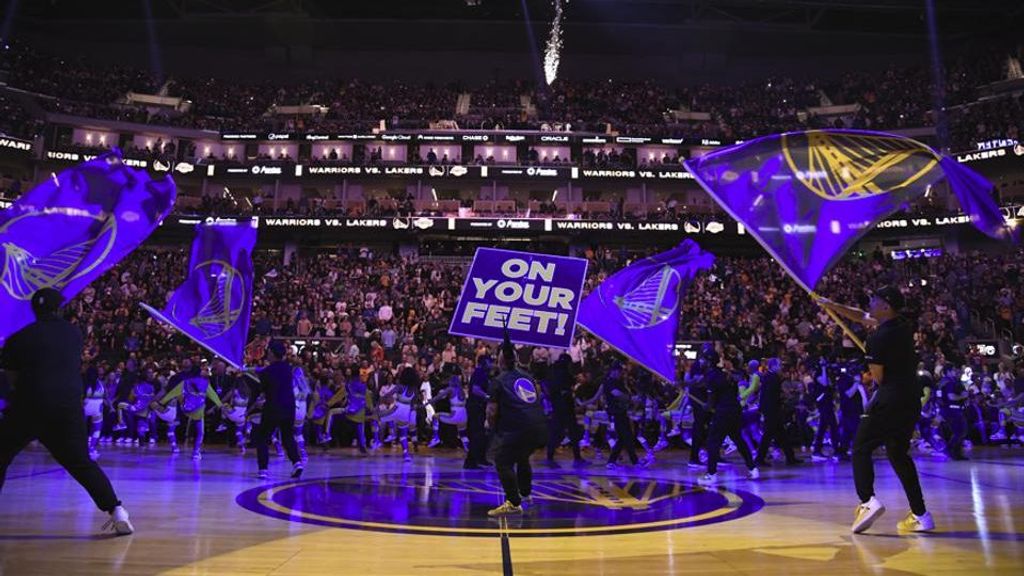 Cheerleaders rally the crowd at a Golden State Warrior's event. The Gameday you dreamed of goes beyond the seats. Get on the court with the MVP Experience's Splash Challenge. GOLDEN STATE WARRIORS MEDIA TEAM

The 2022 NBA Champion Golden State Warriors have partnered with Confirmed360, a curator of exclusive experiences, to bring basketball fans the ultimate MVP experience during the 2022-23 season.

Just in time for the holidays, fans now have the opportunity to purchase the premium experience as an add-on to their regular game-day ticket, granting them access to exclusive pre and post game events.

The MVP Experience Powered by Confirmed360 will give ticket holders a number of perks including: early VIP arena entry, photo opportunities with the 2022 Larry O’Brien NBA Championship Trophy, a 2022 Warriors NBA Championship Ring, a celebratory toast, and a $100 gift card to the Warriors Shop. Following the game, guests can also participate in the “Splash Challenge” on Chase Center’s court where they will have 45 seconds to make as many shots as possible — an opportunity that has never been offered before.

“Confirmed360 is proud to partner with the seven-time NBA Champion Golden State Warriors, one of the world’s preeminent sports organizations, to bring the ‘MVP Experience’ to life for the real MVPs, the fans,” said Matt Ampolsky, the founder and chief executive officer of Confirmed360. “This collaboration is a byproduct of our shared mission with the Warriors to elevate the game day experience and give fans a unique, once-in-a-lifetime opportunity to play on the same court as the greatest shooter of all time,” Ampolsky said.

The announcement marks an important expansion of Confirmed360’s portfolio of partners from entertainment into sports. To date, Confirmed360 has worked with some of the biggest names in music, including Justin Bieber, Lady Gaga, BTS, and more curating VIP experiences on global concert tours. For example, they recently partnered with OneOf to offer an exclusive stadium NFT pass for fans.

The partnership with the Warriors was an ideal match to begin Confirmed360’s crossover into sports given their championship culture, forward-thinking fan-first approach. That is what Confirmed360 endeavors to give Warriors fans – an opportunity to experience their favorite team and sport in a more meaningful way with more access than has been traditionally allowed before.

“Even an organization like the Warriors, who have arguably been the most successful team in sports at putting a championship product on the court, don’t just rely on winning games to give their fans the best in-person experience,” said Jose Martinez, Head of Partnerships for Confirmed360. “We share the belief in enhancing and adding unique opportunities to live events, that extend beyond just viewing the game, but don’t distract from the main event. Confirmed360 intends to align with many other organizations who look at their fans’ experience from a similar lens,” Martinez continues.

The recent partnership between Confirmed360 and Warriors promises to give fans just that – an authentic experience to feel more like they are part of the team in different ways than just viewing on the sidelines.