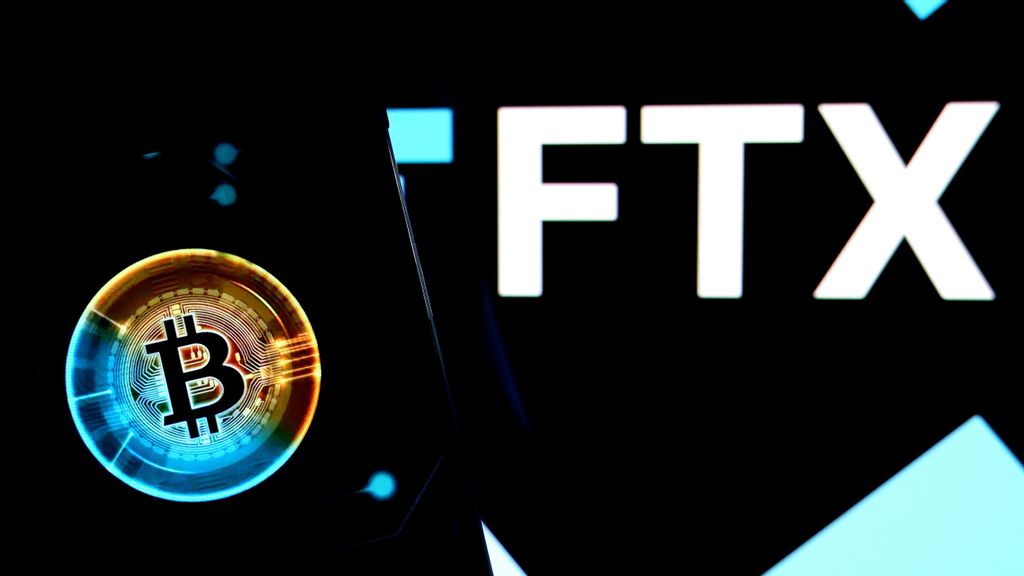 In this photo illustration, a bitcoin logo seen displayed on a smartphone with a FTX logo on the background. In a tell-all interview with George Stephanopoulos, Sam Bankman-Fried explains his side of the story. SOPA IMAGES/BENZINGA

FTX co-founder and former CEO Sam Bankman-Fried, once a beloved leader in the cryptocurrency sector, is now being labeled a criminal.

The disgraced entrepreneur is currently on a media tour to discuss how the exchange he founded went into disarray, but appears to be having a tough time answering pointed questions as evidenced by a recent interview with George Stephanopoulos for “Good Morning America.”

But Bankman-Fried denied those comparisons.

“I don’t think that’s who I am at all, but I understand why they’re saying that… people lost money,” Bankman-Fried said. With Madoff, there was no business, and it was one big Ponzi scheme. FTX was a “real business,” he argued.

Bankman-Fried skirted several questions and struggled to find answers to others, including whether he was aware of FTX customer deposits being used to fund Alameda Research (Alameda CEO Caroline Ellison said Bankman-Fried was aware of this).

He told Stephanopoulos: “I really, deeply wish that I had taken a lot more responsibility for understanding what the details were of what was going on.

Instead, Bankman-Fried discussed the relationship between the two firms, explaining that Alameda had an over-collateralized position that was threatened.

Stephanopoulos asked again. Bankman-Fried repeated the question back to himself before answering.

“I don’t know of FTX deposits being used to pay off Alameda creditors,” he said, adding that he “couldn’t speak for who knew what.”

Stephanopoulos, reading from the FTX terms of service, said FTX assets couldn’t be loaned. But Bankman-Fried says funds could be loaned out in some “explicit cases” and that there did exist “a borrow lending facility on FTX.”

“There were a lot of people involved in that process,” Bankman-Fried said, while also admitting that he was ultimately responsible. “I wasn’t spending any time or effort trying to manage risk on FTX.”

The interview aired Thursday on ABC, a unit of The Walt Disney Company (NYSE: DIS). This marked a national network interview for Bankman-Fried and a chance for him to answer questions.

The legacy of Bankman-Fried has been hurt significantly and the FTX founder doesn’t know where that will put him in the future.

“At the end of the day it’s not my call what happens, and the world will judge me as it will,” Bankman-Fried said when asked about Mark Cuban’s saying he should be in jail.

Bankman-Fried brushed off the question and said he would let the regulatory and legal processes play out.

“There are a lot of things that are worrying me right now, and I’m trying to focus on what I can do going forward to be helpful,” he said.

Bankman-Fried said he spent a lot less time looking at deposits and holdings than he should have. Had he spent an hour a day on this, it could have helped prevent FTX from collapsing — a stunning admission, according to Stephanopoulos.

“The whole job of the head of a firm like that is managing risk,” Stephanopoulos said.

Bankman-Fried reached out to ABC and spoke with the network for two hours, which may have gone against what his lawyers thought was best, Stephanopoulos said.