Josette Simon talks about being in being in the Britbox hit Crossfire
By Jim Williams November 26, 2022
Facebook
Twitter
Linkedin
Email 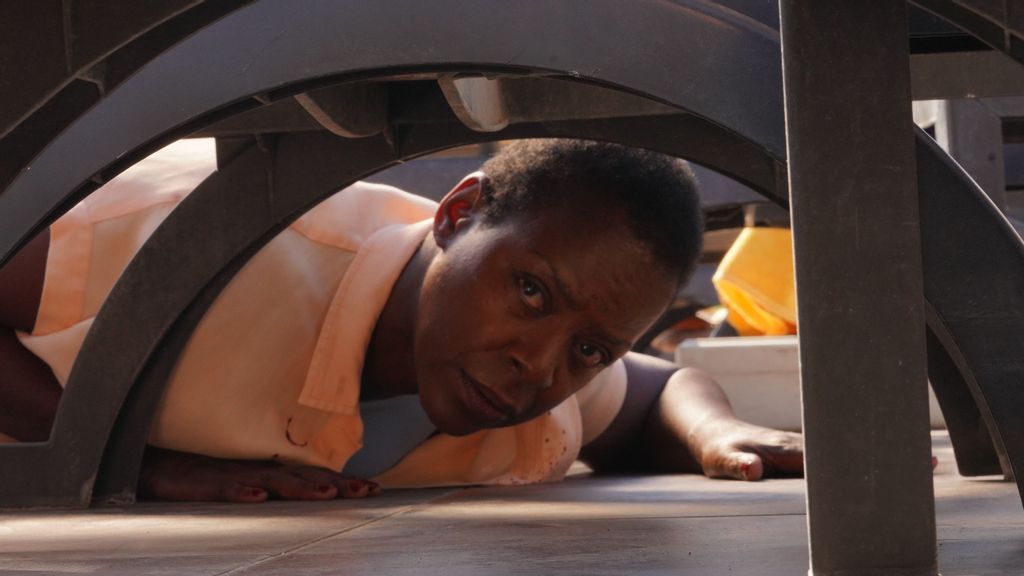 You and your friends decide that it’s time for a vacation, you book a week at a lovely hotel on a warm tropical island with plenty of interesting things to do for the kids as well as the adults. Sounds like a good idea until a group of gunmen decides to take the hotel hostage and then all hell breaks loose.

That is premise for the Britbox original mini-series called Crossfire is an edge of your seat thriller with plenty of action as well as twists and turns. The main characters in “Crossfire” come to the resort with some deep personal problems and the fact that their holiday is disrupted by this terrorist event only puts more stress on an already tough situation.

This is a women-driven thriller that centers around three take-charge people Keeley Hawes, who plays Jo a policewoman, Josette Simon, as Miriam, who plays a doctor and Annika Rose Abhi, another of the group of friends on holiday who is just trying to keep all around her sane. The trio travel together with their families to this tropical paradise only to find things can change quickly.

Simon, whose mother is from the Carribean nation of Antigua is one of Britian’s biggest stars. The new show may help expose her to American audiences and her extensive acting career which in Shakespeare plays and major motion pictures. She recieved the Order of the British Empire in 2000, for services to drama.

Crossfire has a well-crafted script that keeps viewers on edge of your seat. It was the writing that drew Simon to want to the show in the first place.

“I remember when I when the script I was away filming and I came home and the script had been carried over to me because I enjoy reading hard copies,” Simon confessed. It was quite late, and I thought well I’ll read episode one and then tomorrow next I read the other two episodes, I was sitting still sitting on my sofa hours later because I couldn’t stop turning the pages absolutely you just desperately need to know what happened next so I read all three in one go.”

Each woman is doing her best to use their skills to keep their family as well as the guests safe as the gunmen attempt to take over the resort. Simon is put to the test early as she uses her medical skills to try to save the life of a hotel staff member who is shot in the first wave of attacks by the gunmen.

“I had to learn how to do that incredibly complex operation and it’s now something I can put to good use if anyone ever wants me to perform it. A medic taught me exactly how to do that procedure, which is quite complicated, “said Simon about learning the technical part of her role. “Like with anything you know what has to be correct and even if one medic was watching and could do what I did on the show you know that you’d be doing it for them.”

The hook of crossfire makes each of us wonder if we were in a life-or-death situation could we do whatever it takes to survive something not lost on Simon.

“The scenario put forth in Crossfire is something we can all imagine ourselves sure on holiday or on the subway when the unimaginable happens and you have no idea what you would do right?  I think that this story is it kind of begs the question to yourself that I would do if this happened it is not a question you can really answer you might hope that you’d be brave and altruistic or that you might you know behave in a way that’s admirable, but you really don’t any of know what we would do.”

Crossfire is now playing on Britbox streaming service the series is written by Apple Tree Yard author Louise Doughty in her first original project for television and hails from the producers behind such recent dramatic hits as The Salisbury Poisonings and The Responder.