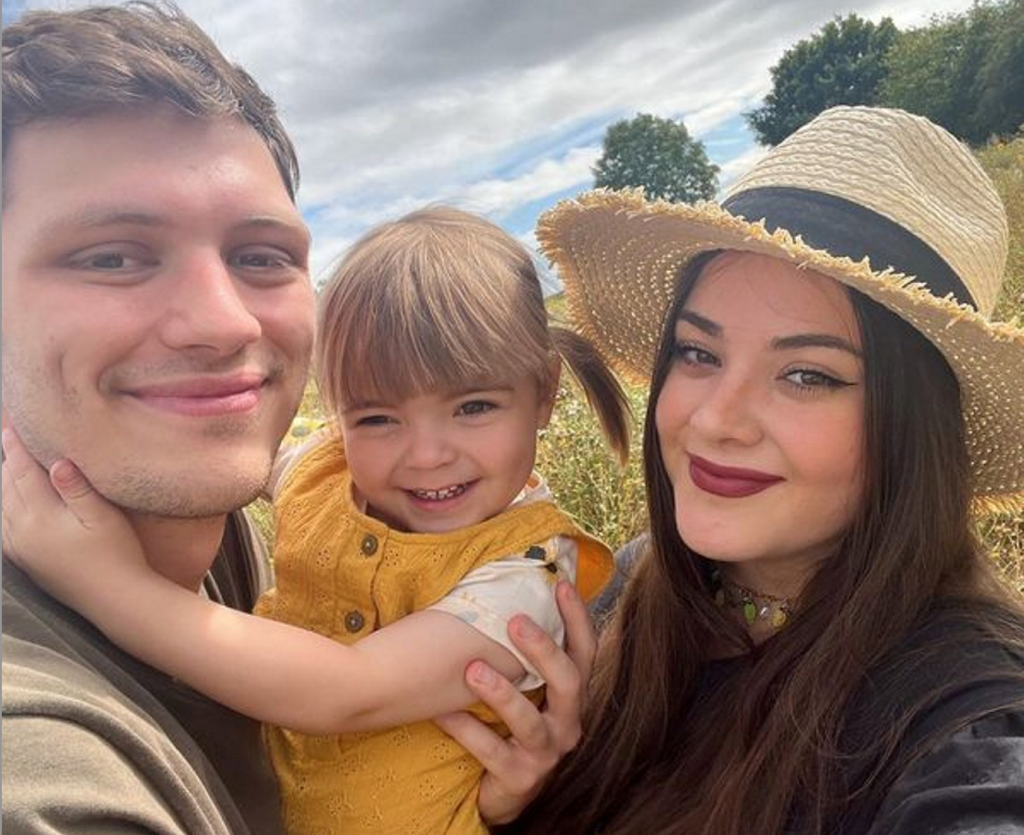 Maggie's owners are Megan Donoghue and Jacob Beesley. After receiving constant medical care, their pup ‘Maggie’ whose limb was paralyzed by a spinal stroke is now making a full recovery. PHOTO BY MEGAN DONOGHUE/ SWNS)

A pup left paralyzed after a spinal stroke has defied the odds and is now able to walk again without the help of a wheelchair.

Megan Donoghue, 23, was at home with her partner Jacob Beesley, 24, when they noticed that their five-year-old shweenie dog Maggie was shuffling awkwardly around the house. The couple immediately took her to the vet, who suggested that Maggie may have suffered from a strain and sent her home.

Hours after their visit, Maggie’s legs started buckling beneath her, and her back legs became completely paralyzed.

Megan and Jacob, from Merseyside, UK, took her to the animal clinic Northwest Referrals where they discovered the devastating diagnosis – fibrocartilaginous embolism (FCE).

FCE is a sudden onset spine injury that happens when a piece of cartilage from the disc blocks blood flow to the spinal cord, causing a stroke and resulting in paralysis.

Megan, who works as an online chat moderator, said: “After scans and tests, they discovered that what they thought was a disc injury was actually a spinal stroke, which there is no cure for. The vets told us that she was of the highest grade and that she’d need lots of physiotherapy, but there was no guarantee that she would ever use her back legs again.

“They even mentioned putting her down. I just said, ‘She’s only three, I can’t give up on her without doing everything I can.'”

Megan and Jacob, a teaching fellow at Liverpool John Moores University, poured their hearts into finding every possible treatment option for Maggie. They immediately began a strict routine of therapies, including hydrotherapy twice a week, physiotherapy up to twice a week, and acupuncture every two weeks.

The couple also continued her treatment at home using a vibrating massage tool, a Transcutaneous Electrical Nerve Stimulation (TENS) machine, and regular massages that helped boost circulation. Megan’s family also raised money to get her a wheelchair, which has given Maggie a new sense of freedom.

After months of dedication, Maggie took her first steps unassisted in August and blew Megan away. She said, “The vet had said that it takes about three months maximum for a dog to recover, so when it passed that point, we were not as optimistic.

“I remember thinking, ‘She’s going to be paralyzed forever, this is it now.’ It was heartbreaking. But when I saw her walk again, I felt so happy, all the time and effort was worth it. Now she runs around the beach and plays with us and her brother Sid – who is a five-year-old white Maltese Shih Tzu. It’s amazing.”

This journey has not been easy for the couple, as Megan described that all the vet treatments were very expensive, and they’ve even had to reconsider if they could afford the £400 a month ($477 USD) for her therapies.

Megan said: “I had no idea what FCE even was before this, but it can happen so suddenly that people should know about it. We really prioritized consistency, even at the hardest times, which is the reason she’s made such amazing progress. We’ve been ensuring that her quality of life was always the highest it could be, and now she’s living the best life she can.”