Watching Violence On TV Can Affect Kids For Years

The more children get exposed to aggressive interactions (on screens) the more they might think it normal to behave that way. 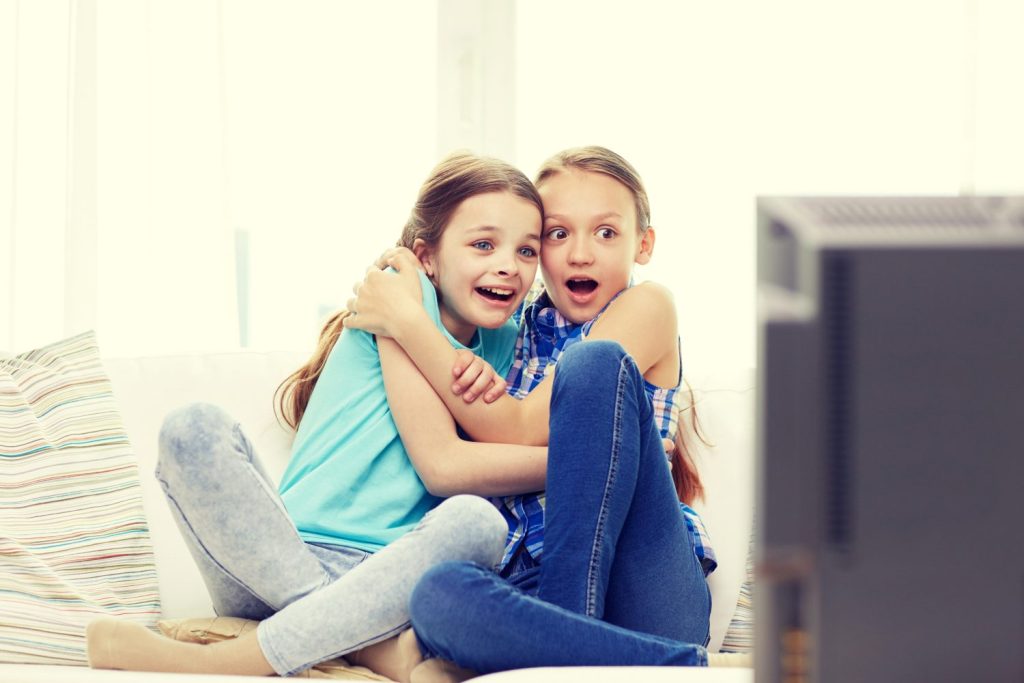 In this picture young girls react to a program on the television in this file photo. Watching violent content affects childrens performance in schools. GROUND  PICTURE VIA SHUTTERSTOCK

Kids as young as three who watch violent TV do worse at school when they’re 12 than their peers, according to a new study. The findings were published in the Journal of Developmental and Behavioral Pediatrics.

Scientists say little ones who are exposed to violence on screen are less engaged and motivated in the classroom and get worse grades by the time they are 12 years old. They also end up being more emotionally distressed.

“Preschool children tend to identify with characters on TV and treat everything they see as real. They are especially vulnerable to humorous depictions of glorified heroes and villains who use violence as a justified means to solve problems.said lead study author Professor Linda Pagani from the University of Montreal.

Repeated exposure to rapidly paced, adrenaline-inducing action sequences and captivating special effects could reinforce beliefs, attitudes and impressions that habitual violence in social interactions is ‘ normal. Mislearning essential social skills can make it difficult to fit in at school. For youth, transition to middle school already represents a crucial stage in their development as adolescents. Feeling sadness and anxiety and being at risk academically tends to complicate their situation.

Being exposed to more appropriate social situations, however, can help them develop essential social skills that will later be useful and ultimately play a key role in their personal and economic success.

“Just like witnessing violence in real life, being repeatedly exposed to a hostile and violent world populated by sometimes grotesque-looking creatures could trigger fear and stress and lead these children to perceive society as dangerous and frightening,” said study co-author Dr. Jessica Bernard from Texas A&M University.

This can lead to habitually overreacting in ambiguous social situations.In the preschool years, the number of hours in a day is limited, and the more children get exposed to aggressive interactions (on screens) the more they might think it normal to behave that way. Until now, the effect to which gory programs can affect children’s academic and emotional development has been unclear.

For the study, researchers examined the violent screen content parents reported their little ones watching when they were three and a half to four and a half years old.

They then followed up their research when the same children turned 12. At the follow-up, the team looked at what teachers said they observed and how children themselves viewed their emotional and academic progress. The parents of 978 girls and 998 boys in Quebec, Canada took part in the study of violent TV viewing at nursery school age. Some children, who were born in 1997 or 1998, were exposed to violence and some were not.

When the young ones turned 12, they and their teachers rated their psychosocial and academic achievement, motivation and participation in classroom activities. The team looked for links between the two while adjusting their findings to take the influence of other variables into account.