NBA’s Kyrie Irving Claims He Is Not An Antisemite

The Brooklyn Nets star apologized “deeply” for sharing antisemitic content on social media, which led to his team suspension. 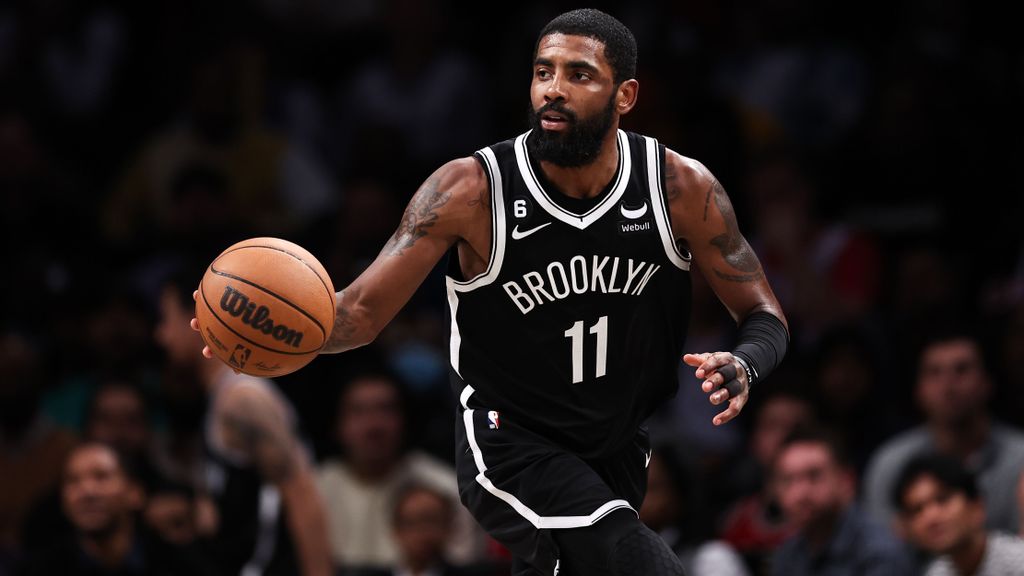 Kyrie Irving, No. 11 of the Brooklyn Nets, brings the ball up the court during the fourth quarter of the game against the Chicago Bulls at Barclays Center on Nov. 1. After being suspended for antisemitic remarks on Nov. 3, and eventually apologizing, Irving played in the game against the Memphis Grizzlies on Nov. 20. DUSTIN SATLOFF/GETTY IMAGES

Basketball star Kyrie Irving was suspended from the Brooklyn Nets for the last eight games after he “refused to unequivocally say he has no antisemitic beliefs.”

Then, on Sunday, he rejoined his team in a game against the Memphis Grizzlies.

Irving told local sports network SNY that he was not antisemitic and wanted to “set a greater example.” He apologized “deeply” for sharing antisemitic content on social media, where he has 5 million followers. Irving failed to repudiate antisemitism earlier this month, which led to his team suspending him.

“I don’t have hate in my heart for the Jewish people or anyone that identifies as a Jew,” Irving said.

“The difficult aspect is just processing all this, understanding the power of my voice, the influence I have. I am no one’s idol, but I am a human being that wants to make [an] impact and change.”

“I really want to focus on the hurt that I caused,” said Irving. “I just want to apologize deeply for all my actions throughout the time that it’s been since the post was first put up. I’ve had a lot of time to think.”

Nike suspended its relationship with Irvin after he tweeted an antisemitic documentary last month.

Irving tweeted a link to the 2018 movie “Hebrews to Negroes: Wake Up Black America,” which is based on Ronald Dalton’s book of the same name. The book has been condemned as antisemitic by civil-rights groups.

The Nets had kept him off the court after his incendiary actions. The team said it was “dismayed” earlier this month when Irving “refused to unequivocally say he has no antisemitic beliefs, nor acknowledge specific hateful material in the film,” during a media session.

“This was not the first time he had the opportunity — but failed — to clarify,” the Nets said.

The Anti-Defamation League was unmoved by Irving’s earlier attempts at a Twitter apology, noting the answer to: “Do you have any antisemitic beliefs’ is always ‘NO’ without equivocation,” Jonathan Greenblatt, CEO of the ADL, tweeted Nov. 3.

In recent podcasts and interviews, Kanye West, now known as Ye, threatened to go “death con 3 on JEWISH PEOPLE.” Under pressure, Adidas ended its “Yeezy” brand partnership with the rapper on Oct. 25, and West saw his net worth drop from $2 billion to $400 million. Several other companies have cut ties with West over the controversy, such as Gap, Balenciaga, TJ Maxx and Foot Locker.