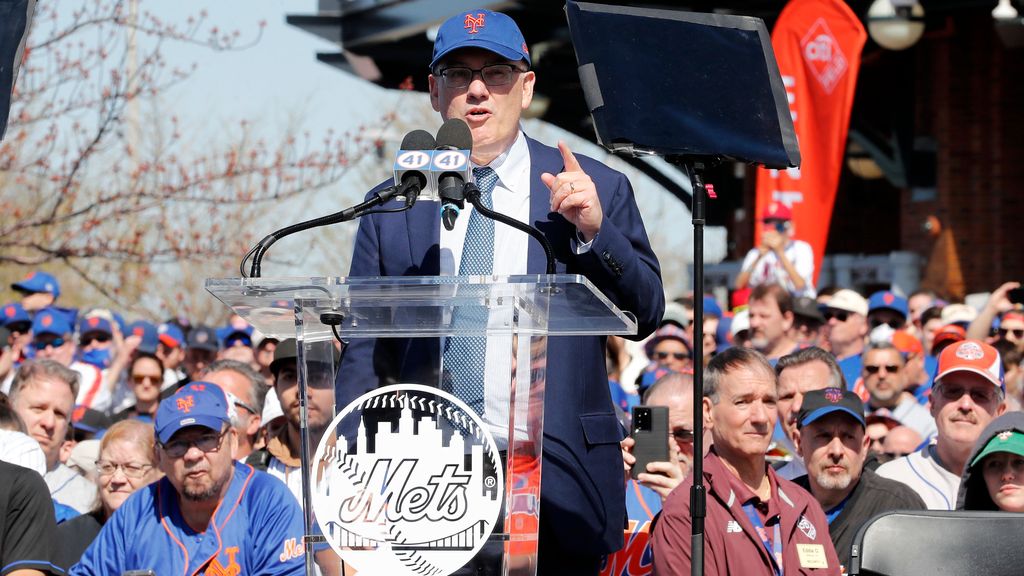 New York Mets owner Steven A. Cohen speaks at the Tom Seaver statue unveiling ceremony before a game against the Arizona Diamondbacks at Citi Field on April 15, 2022, in New York City. Cohen purchased the Mets in 2020 for roughly $2.4 billion, which was a record-breaking sale price for an MLB at the time. JIM MCISSAC/BENZINGA

Few in casino hub Atlantic City, New Jersey is going to be rooting for the Mets anytime soon. Steven Cohen the owner of the New York Mets and is  banking on the possibility of openning a new Casino in Queens . Cohen also the founder and hedge fund manager of Point72 Asset Management. Cohen purchased the Mets in 2020 for roughly $2.4 billion, which was a record-breaking sale price for an MLB team at the time.

Cohen is now betting on a Queens casino next to the MLB stadium with New York Mayor Eric Adams backing plan.

Since Cohen bought the Mets, he was meaning to acquire the casino license. The New York government is making available three downstate licenses.

“They view the stadium plan as big selling point for the casino,” a City Hall operative told the New York Post. “Anything that shows the state that more people will be coming to the Willets Point area will only help the casino plan.”

Cohen is also an avid art collector, owning pieces from celebrated artists such as Picasso and Andy Warhol worth over $1 billion. His hedge fund has a total portfolio value of over $24 billion, and a ten-year performance of returning 62.2%, although last year the fund was down roughly 20.4%, according to Stock Circle.

Point72 increased its stake in Fidelity National Information Services by more than 1.3 million shares, or roughly 68% during the third quarter.

Juniper Networks Inc. (NYSE: JNPR) is offering a dividend yield of 2.66% or 84 cents per share annually, conducting quarterly payments, with a track record of increasing its dividends once in the past year. Juniper Networks is a California-based communications equipment company that develops networking products, including routers, switches, network management software, and network security products.

EOG Resources Inc. (NYSE: EOG) is offering a dividend yield of 2.34% or $3.30 per share annually, making quarterly payments, with a notable track record of increasing its dividends for five consecutive years. EOG Resources is an oil and gas producer with acreage in several U.S. shale plays, including the Permian Basin, the Eagle Ford, and the Bakken.

Over the course of the third quarter, Point72 opened a new stake in EOG Resources, purchasing over 1.1 million shares of its common stock. Cohen also purchased 62 put option contracts on EOG during the quarter.

Cenovus Energy Inc. (NYSE: CVE) is offering a dividend yield of 1.68% or 34 cents per share annually, using quarterly payments, with a track record of increasing its dividends once in the past year. Cenovus Energy is an integrated oil company, focused on creating value through the development of its oil sands assets. Cenovus also engages in the production of conventional crude oil, natural gas liquids, and natural gas in Alberta, Canada, with refining operations in the U.S.

During the third quarter, Cohen opened a new stake in Cenovus, purchasing over 8.4 million shares.