A round of heavy snow showers and squalls marching east across portions of the mid-Atlantic and Northeast on Friday will lead to dangerous travel conditions on the highways during one of the busiest travel days of the year, according to AccuWeather meteorologists 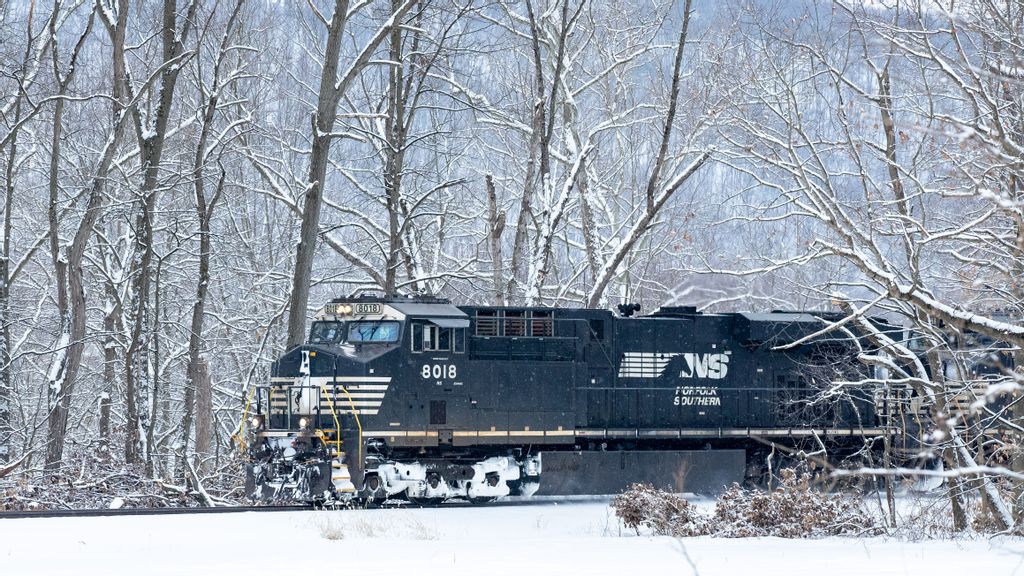 A Norfolk Southern locomotive travels along the Susquehanna River during light snowfall in this file photo from February. The region will see another major snow storm this weekend. PAUL WEAVER/SOPA Images/LightRocket VIA GETTY IMAGES

A round of heavy snow showers and squalls marching east across portions of the mid-Atlantic and Northeast on Friday will lead to dangerous travel conditions on the highways during one of the busiest travel days of the year, according to AccuWeather meteorologists.

Snow squalls are fast-moving bursts of heavy snow that usually last for 30 minutes or less and are accompanied by strong, gusty winds that quickly reduce visibility and lead to slick road conditions. For motorists, especially on highways, it causes dangerous travel conditions due to the sudden onset of the wintry conditions. A number of large pileups have occurred in the past due to snow squalls.

The Pennsylvania Turnpike, as well as interstates 79, 80, 81, 90 and 95 are among the highways that will be impacted by this wintry threat.

While temperatures are warmer along the highly populated areas of I-95 from Baltimore to Hartford, a few snow showers could survive into early Friday night.

“The energy aloft could spawn some snow showers as far east as Philadelphia and New York City into [Friday] evening,” said AccuWeather Meteorologist Nicole LoBiondo. Any snow along this corridor would likely start as a period of rain, as temperatures will well be above freezing this evening.

A quick coating to an inch of snow can accumulate in many areas from the heaviest snow showers and squalls. This can often occur in a period of time as brief as 15 minutes, forecasters say.

In the wake of the snow, bitterly cold weather is expected from Friday night into the weekend, with temperatures failing to go above freezing in some areas until early next week. This could lead to some icy spots on roads and sidewalks that last well after the snow is done falling.

“There is a concern that any wet roads could turn icy overnight, making for slippery roads into early Saturday morning,” LoBiondo added.

Since Friday is traditionally a busy travel day ahead of the Thanksgiving holiday, travelers are advised to check conditions along their planned route prior to leaving or check ahead with their airline if flying. The snow showers and squalls will be trackable on radar, and in some cases, the National Weather Service will issue snow squall warnings to give proper advance notice.

If you find yourself encountering a snow squall on a highway, experts recommend slowing down gradually, staying in your lane and safely exiting the highway, if possible.