Phones can capture the same kind of information about bridge vibrations picked up by stationary sensors. 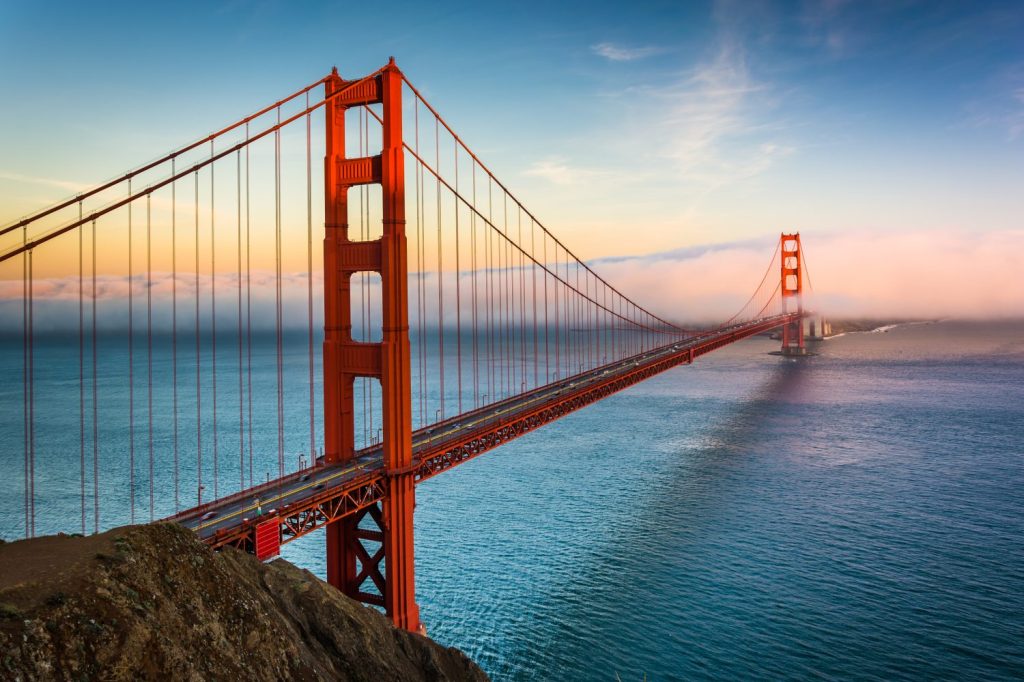 In the photo the famous San Francisco bridge. While using mobile phones on such  bridge  vibrations are picked up by stationary sensors. ESB PROFESSIONAL/ VIA SHUTTERSTOCK

Data collected by mobile phones could be used to assess the structural integrity of bridges, suggests a new study. Using the Golden Gate Bridge in San Francisco as an example, researchers showed that phones can capture the same kind of information about bridge vibrations picked up by stationary sensors. The engineers estimate that, depending on the age of a road bridge, mobile monitoring could add between 15 and 30 percent more years to its lifespan.

“The core finding is that information about structural health of bridges can be extracted from smartphone-collected accelerometer data,” said professor Carlo Ratti, an architect at MIT, while summarizing the study.

Engineers typically study the natural vibrations of a bridge by placing sensors, such as accelerometers, on it to measure changes in modal frequencies, or how the rhythm in the vibrations changes over time. Such changes may indicate a decay in the bridge’s structural integrity. Publishing their work in the journal Nature Communications Engineering, the team at MIT developed an Android-based app that collects data while traveling across a bridge which they compared with traditional bridge-based sensors.

“In our work, we designed a methodology for extracting modal vibration frequencies from noisy data collected from smartphones. As data from multiple trips over a bridge are recorded, noise generated by engine, suspension and traffic vibrations, [and] asphalt, tend to cancel out, while the underlying dominant frequencies emerge,” said Dr. Paolo Santi.

In the case of the Golden Gate Bridge, the researchers drove over it 102 times with their devices running, and they used 72 trips by Uber drivers with activated phones as well. They then compared the resulting data to what had been collected by 240 sensors that had been placed on the Golden Gate Bridge for three months. Results showed that data from the phones converged with that from the bridge sensors. For 10 particular types of low-frequency vibrations the engineers measured, there was a close match, and in five cases, there was no discrepancy between the methods at all.

“We were able to show that many of these frequencies correspond very accurately to the prominent modal frequencies of the bridge,” Santi said.

However, because most bridges are not suspension bridges like the famous San Franciscan landmark, the researchers decided to test their method on smaller and more common concrete span bridges.

To do so, they studied a bridge in Ciampino, Italy, comparing 280 vehicle trips over the bridge to six sensors that had been placed on the bridge for seven months. Here, the researchers found up to a 2.3% divergence between the methods for certain modal frequencies over all 280 trips, and a 5.5 percent divergence over a smaller sample. They said that suggests a larger volume of trips could produce more useful data.

“Our initial results suggest that only a [modest amount] of trips over the span of a few weeks are sufficient to obtain useful information about bridge modal frequencies,” Santi said.

“Vibrational signatures are emerging as a powerful tool to assess properties of large and complex systems, ranging from viral properties of pathogens to structural integrity of bridges, as shown in this study. It’s a universal signal found widely in the natural and built environment that we’re just now beginning to explore as a diagnostic and generative tool in engineering.” Describing the measurement of modal signatures generally, Professor Markus Buehler said.

Ratti said there are ways to refine and expand the research, for example, by accounting for the effects of the smartphone mount in the vehicle and the influence of the vehicle type on the data. “We still have work to do, but we believe that our approach could be scaled up easily — all the way to the level of an entire country, It might not reach the accuracy that one can get using fixed sensors installed on a bridge, but it could become a very interesting early-warning system. Small anomalies could then suggest when to carry out further analysis,” he said.