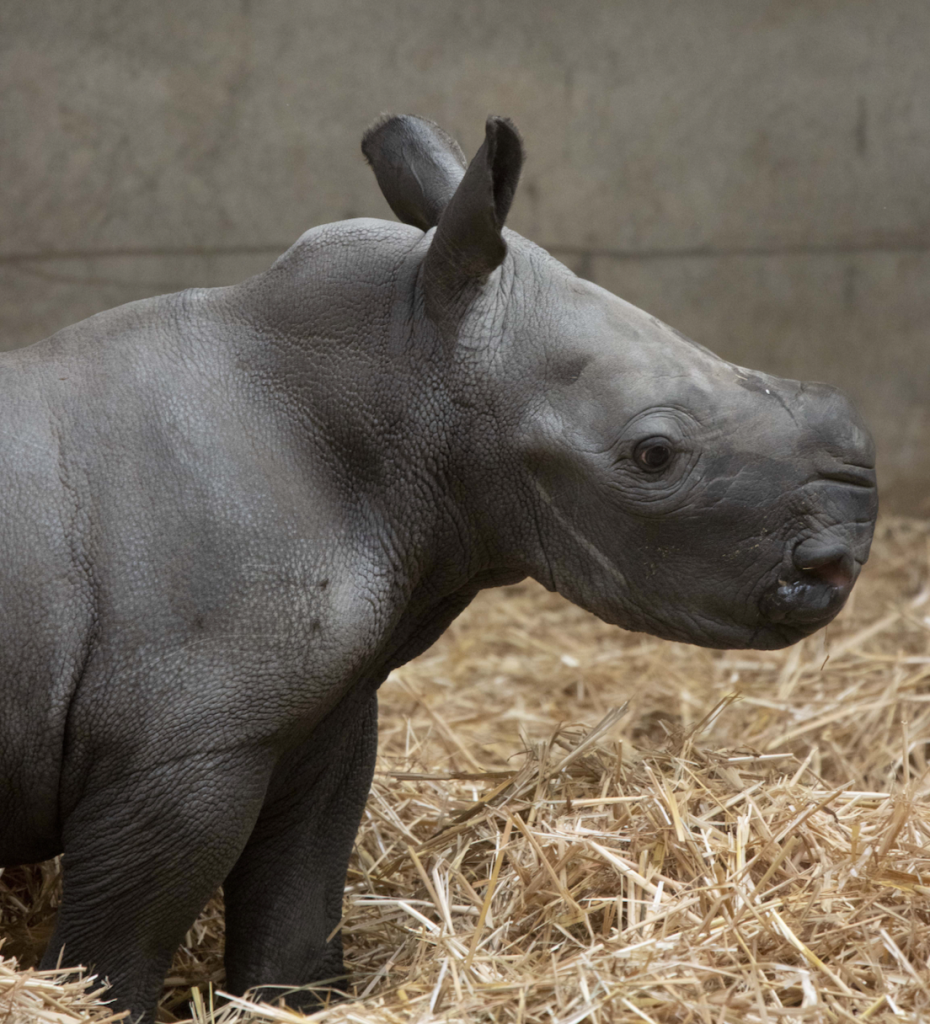 Overdue pregnant rhino called Meru finally delivers a healthy baby rhino at Knowsley Safari in the UK. The sudden arrival stunned zookeepers. Meru had a calm and relaxed labor. The zookeepers feared  Meru’s pregnancy had not progressed after she passed her due date.

The yet unnamed southern white rhino calf, which already weighs 140 pounds, is a cheerful little animal that continues to leave the staff surprised.

The species of rhino, which is native to southern regions of Africa, are among the International Union for Conservation of Nature’s red list of near threatened animals. And sadly due to poaching, there are only around 16,000 left in the wild today.

The cute calf, who was born on October 23 at the zoo near Prescot, UK, spent the first few days nestled with her mom inside her dedicated rhino house.

But it’s expected that visitors will soon get to glimpse her when she’s let out into her dedicated enclosure.

“This is yet another very exciting step forward in the conservation of this species, and we are over the moon to welcome our 22nd southern white rhino calf to be born here. As a very experienced mother, Meru has quickly adapted to being a mom again, and her calf is already up and about. Each day that passes, she becomes a little more active and is already running around– she’s certainly very curious and confident.Her arrival was unexpected until very recently. Despite previously confirming the pregnancy, Meru’s due date past, so we assumed she was no longer was.” Knowsley Safari’s Animal Operations Manager Chris Smart said.

“We didn’t see any signs of pregnancy until just a few weeks before calving, when she was in its latter stages.The keepers were keeping a very close eye on her and spotted the signs of the impending birth last weekend and prepared the rhino house with a deep layer of straw to help the calf to stand – which typically happens just an hour later. It was such a happy turn of events. The whole team here is absolutely delighted. Mom and calf have bonded wonderfully and have been showing us all the right signs. Numbers of these rhinos have been so low and every single addition to the EAZA Ex-situ breeding program is celebrated.” said one of the zookeepers  monitoring the mother Meru.