While the results are promising, it will be some time before the treatments are tested in humans. 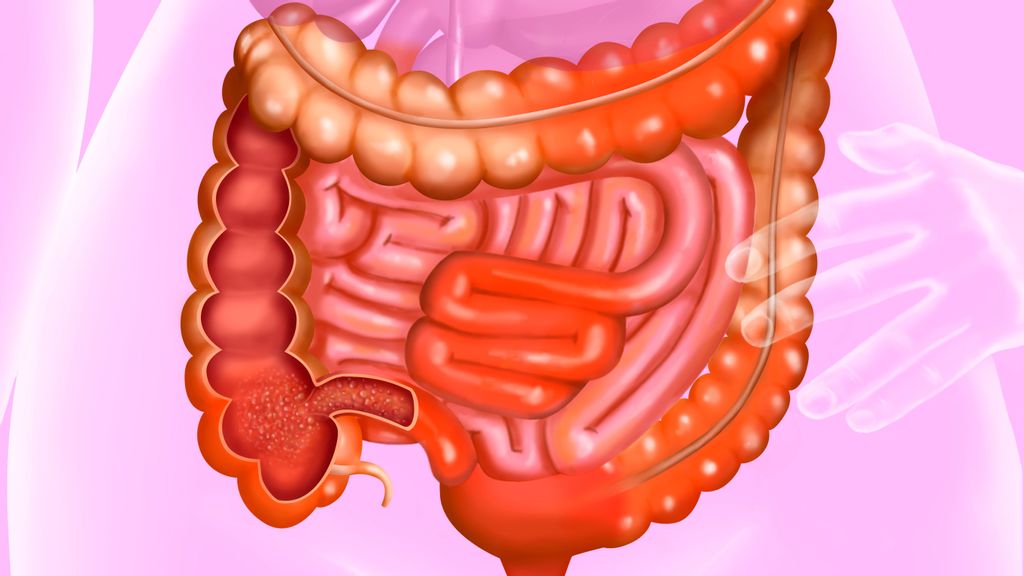 Chronic inflammation of the digestive tube.
(Photo By BSIP/UIG Via Getty Images)

Probiotic “backpacks” could soon be used to improve treatments for inflammatory bowel disease.

Biomedical engineers in America have created a protective casing for gut-friendly bacteria that allows them to survive attacks from stomach acids and other microbes long enough to reproduce and establish themselves.

It has proven to be effective in mice, but the researchers say that treating IBD will require more than gut microbial communities.

Dr. Quanyin Hu of the University of Wisconsin-Madison, who led the work, said: “IBD is a complicated disease, and you need to attack it at different angles.”

Glad to share our new @ScienceAdvances paper! Congratulations to every team member, especially Dr. Jun Liu, who is the very first postdoc in my lab and now a professor at the Shandong University @ShandongU !https://t.co/7k1XguH3JX https://t.co/gB91CuLFIa

While the root causes of IBD are complex and are still not fully understood, one culprit is the overproduction of molecules known as reactive oxygen species.

These molecules are crucial for certain human body functions, but too many of them in the gut can fuel damaging inflammation along the lining of the intestines.

The nanoparticle backpacks are made from powerful anti-inflammatory hyaluronic acid and sulfide, which directly targets the reactive oxygen species.

Dr. Hu’s latest research, published in the journal Science Advances, used mice to show that the probiotic bacteria Escherichia coli Nissle 1917, encased in a protective shell and outfitted with the nanoparticle backpacks, were significantly better at relieving IBD symptoms than their counterparts without the additional gear.

The researchers estimated the effects of the treatments in two ways: by measuring changes in weight and changes in the colon length of mice with IBD that did and did not receive the treatment.

Like humans, mice with IBD commonly experience weight loss and colon shortening as the disease progresses.

Dr. Hu and his colleagues found the mice that received the full treatment experienced the least amount of weight loss and much less colon shortening than their counterparts that received partial or no treatments.

Current treatment options depend on the stage and severity of the disease, whereas Dr. Hu and his colleagues say they have sought a more holistic treatment that could be effective at any stage.

He said: “That’s the most exciting part of this research for me. We didn’t want to target a specific IBD stage.

“We wanted to select the most important factors that contribute to curing or treating the disease at whatever stage.”

The treatment is administered orally, which could make it a palatable alternative to other more invasive forms of IBD treatment such as partial or complete removal of the colon.

While the results are promising, it will be some time before the treatments are tested in humans.

Dr. Hu said he next wants to test whether the nanoparticle backpacks work well with other probiotic bacteria species and document whether the treatment has any unwelcome side effects.

Simplifying the process of creating and attaching the nano-backpacks will also be crucial for making the treatments clinically feasible.

«Previous Post
Israeli, Hellenic Navies Train Together In Defending Ships Against Missile Attacks»Next Post
Half A Billion Dollars To Be Invested In Advanced Plastic Recycling Facilities In UK