When he is not studying, the math whiz enjoys doing Sudoku and solving Rubik’s cubes. 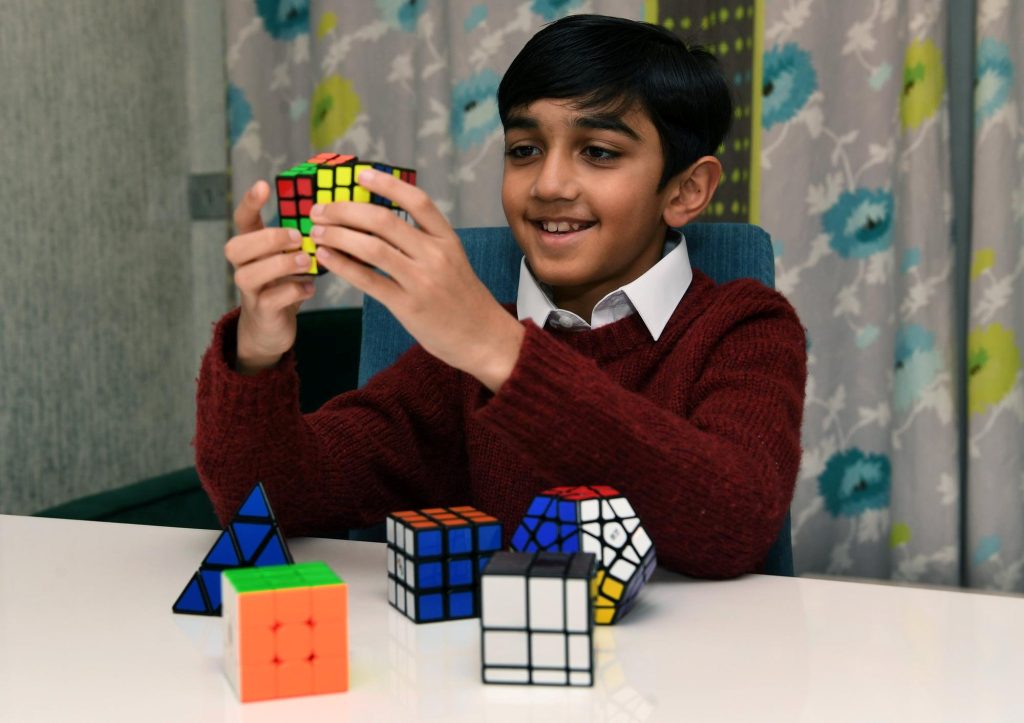 Yusuf Shah, 11, has been accepted into Mensa after scoring the highest possible score for a boy of his age - 162. (Yorkshire Post via SWNS)

A schoolboy has scored the highest possible score in a Mensa test – beating Albert Einstein and Stephen Hawking.

Hawking is said to have scored 160, and Einstein, although he never officially took the test, is believed to have achieved the same.

The Mensa test gives an indication of general cognitive abilities, represented by an IQ-score between 85 and 145 where 100 is the population average.

Yusuf, from Leeds, UK, said his friends at school are always telling him he’s very smart, and he wanted to test himself by taking the IQ quiz.

He celebrated the achievement with a meal with his parents and brothers.

Yusuf said: “Everyone at school thinks I am very smart, and I have always wanted to know if I was in the top two percent of the people who take the test. It feels special to have a certificate for me and about me.”

Yusuf hopes to study mathematics at Cambridge or Oxford University and said he loves doing anything that stimulates his brain.

When he is not studying, the math whiz enjoys doing Sudoku and solving Rubik’s cubes.

He started playing with Rubik’s cubes in January after he saw one at his friend’s house, and by the end of the month, he was able to solve cubes of all difficulties with ease.

His delighted mom, Sana, said: “I was so proud. He is the first person to take the Mensa test in the family.

“I was actually a little concerned too.

“We thought he might be intimidated by the adults at the center. But he did brilliantly.

“I still tell him that your dad is still smarter than you.

“We take it all lightheartedly.

“Even if you are talented, you have to be the hardest worker.”

Dad Irfan added: “It is a difficult test to prepare for.

“We just did what we were already doing – nothing specific for the IQ test.”