The risk appears to increase with each new infection. 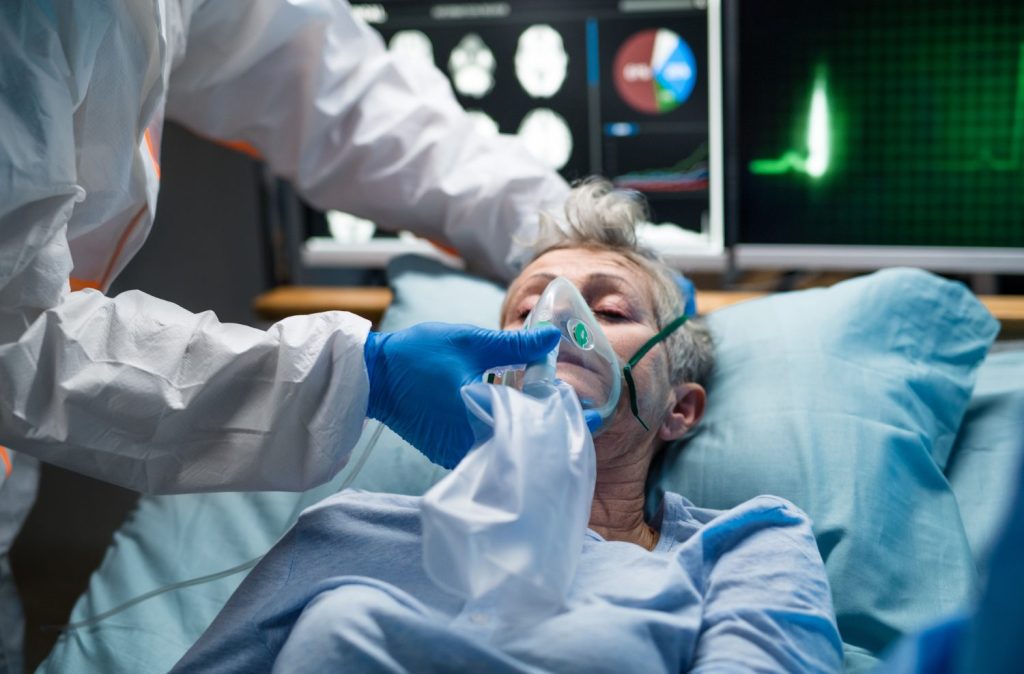 a patient under care.People who have had the virus twice should try and avoid the third bout of it. GROUND PICTURE/ VIA SHUTTERSTOCK

Getting COVID-19 more than once doubles the risk of you dying, warns a new study. The findings were published in the journal Nature Medicine.

Scientists say multiple bouts of the bug can raise the risk of organ failure, ending up in the hospital and even early death. This is because it can cause problems in the lungs, heart, brain, blood, musculoskeletal system and digestive system, according to the scientists.People who were reinfected with the disease were found to be twice as likely to die and three times more likely to be hospitalized than those who did not pick up the illness again.

The risk appears to increase with each infection, meaning even people who have had the virus twice should try and avoid the third bout of it. Researchers in the US say their findings suggest people should remain vigilant and continue to wear masks and get boosters.

“Some people started to referring to these individuals as having a sort of super immunity to the virus Without ambiguity, our research showed that getting an infection a second, third or fourth time contributes to additional health risks in the first 30 days after infection, and in the months beyond, meaning the long COVID phase. Even if you’ve had two COVID-19 infections, it’s better to avoid a third, and if you’ve had three infections, it’s best to avoid the fourth.People should do their best to prevent repeat infections by masking, for example, getting all of their eligible boosters, staying home when sick. Also, get a flu shot to prevent illness. Said researchers

“We really need to do our best to reduce the chance we will have a twin demic of both COVID-19 and the flu this winter season. Our findings have broad public health implications as they tell us that strategies to prevent or reduce the risk of reinfection should be implemented, going into winter, people should be aware of the risks and practice vigilance to reduce their risk of infection or reinfection with SARS-CoV-2.”  Said Professor Ziyad

For the study, the team analyzed around 5.8 million anonymous medical records in a US Department of Veterans Affairs database. Participants included men and women and people of all ages and races.

They used models to work out the health risks of repeat coronavirus infections within 30 days of catching the bug and up to six months after. Infections were from a range of variants including Delta and Omicron. Negative outcomes occurred among the unvaccinated as well as people who were jabbed before they were reinfected.