There is only one police officer on the island, who hardly receives any calls 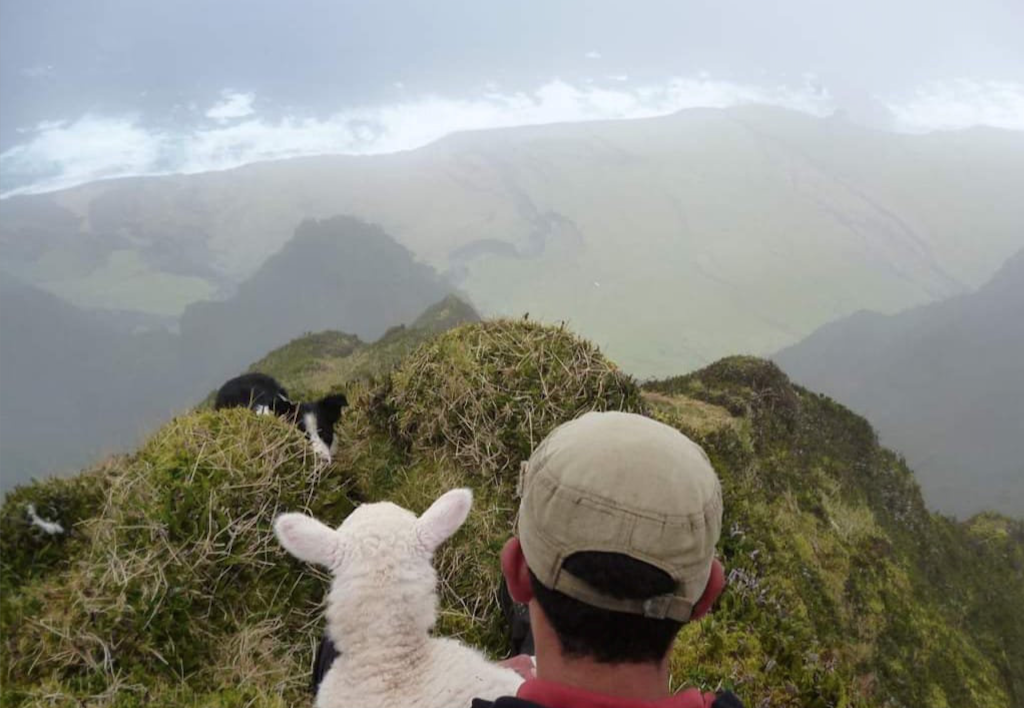 Kelly enjoying the island views. In 2010 after going through a tough breakup, Kelly traveled to the island to visit her parents.  KELLY GREEN VIA SWNS.

A woman’s photos offer a rare glimpse at life on  Tristan da Cunha— what locals say is the world’s most remote island. The island is 1,500 miles off the coast of South Africa, where there’s just one shop, pub and school and only 138 inhabitants.

Kelly Green, 32, moved from the UK to Tristan da Cunha in July 2013. It’s a volcanic island in the South Atlantic Ocean, far away from the coast of Cape Town. The whole island descends from just seven families and everyone knows each other. It is only accessible by boat from Cape Town and the journey can take anywhere from a week to 15 days depending on the weather.

After going through a tough breakup, Kelly traveled to the island to visit her parents in 2010 as her dad was a diplomat posted there. Whilst there, she met her future husband, Shane Green, 33, a carpenter, who helped her carry her luggage off the raft, and she fell in love with the island.

Shane had lived on the island his whole life. The pair hit it off and got together, with Kelly making the move to Tristan da Cunha permanently in July 2013. The couple now has two children together – Savannah, eight, and Seren, 16 months.

“A stark difference to the manic non-stop hustle and bustle of the UK.” Kelly said on the island lifestyle

It’s focused on communal, outdoor living with everyone living off the land and chipping in. “We all know each other and what’s going on in each other’s lives.There is only one police officer on the island, and I’ve never had to call him.” Kelly, now head of the Island’s tourism board, said.

“To get onto the island, you have to fly to Cape Town and then get a boat 1,500 miles away, which takes seven to 15 days – dependent on the weather. Kellys husband said.

In emergencies, there is a metal gong that is hit continually to alert the island. When Kelly returns home after work she cooks dinner for her family staples in their diet are mutton, lobster, fish, potatoes and fresh vegetables and fruit.

“I really miss going out to eat, there are no restaurants or takeaways and only one very minimal shop. Freight is extremely expensive, but there are some home comforts, such as Hellman’s mayonnaise, I can’t live without it.” said Kelly.

Deliveries only come nine times a year on large ships-the cost varies as freight from the UK is a lot more than shipping from Cape Town.

A small crate from the UK can cost around £600 which is constantly increasing as global costs soar. The mom-of-two has to get creative to provide the family with fakeaways and has learned to make her own sushi with fish fresh out of the sea, rice paper, rice and condiments such as soy sauce and sriracha.

At the island pub – The Albatross – a handful of revelers is considered a roaring night.“On a night when it’s busy there are only five people in there,” Kelly said. She described her lifestyle as “traditional” because “men go out hunting in the mountains and the women do most of the domestic tasks.”

Birthdays play a big part in the social calendar – and whoever has the birthday will host a shindig at their home – everyone else will bring a bottle and some food for the table.

On fishing days – the men leave at 5 am, and if it’s Kelly’s turn for the ‘bundle’ – she will make food for them all for the whole day.

“Shane will go off in the morning and I will feed the chickens and children, After I finish work at 3 pm, I will go down to the fish factory and help prepare the fish. Sometimes we will stay until midnight wrapping products to be sent all around the world.”” she said.

The islands’ main source of income comes from lobster, stamps and coins. School classes are small – there are only five students in Kelly’s daughter Savannah’s class and 19 students in the entire school.One of the year groups only has one person in it. “We are an aging population so want to keep our youngsters, but it can be very boring for them.” shane said

The island was never struck by COVID-19, and they are awaiting the return of cruise ships to boost their tourism again.

They have different annual days such as ‘ratting day’ where they set the dogs loose on the island to kill rats that are thought to have arrived at boats. On ‘Old Years Night’ – New Year’s Eve – the men get dressed up in scary masks and go around the village on tractors.

“It’s petrifying. They will bang on your window and try to spray you with a garden hose,” Kelly said.

Preparation is key for remote living and Kelly has already ordered all of her Christmas presents to arrive in time.

“It’s a great place to raise a family. I love England, but I can’t ever imagine living there again.” She said: