In A Throwback To Soviet-Era Policies, Russia To Introduce Mandatory Military Training For Students 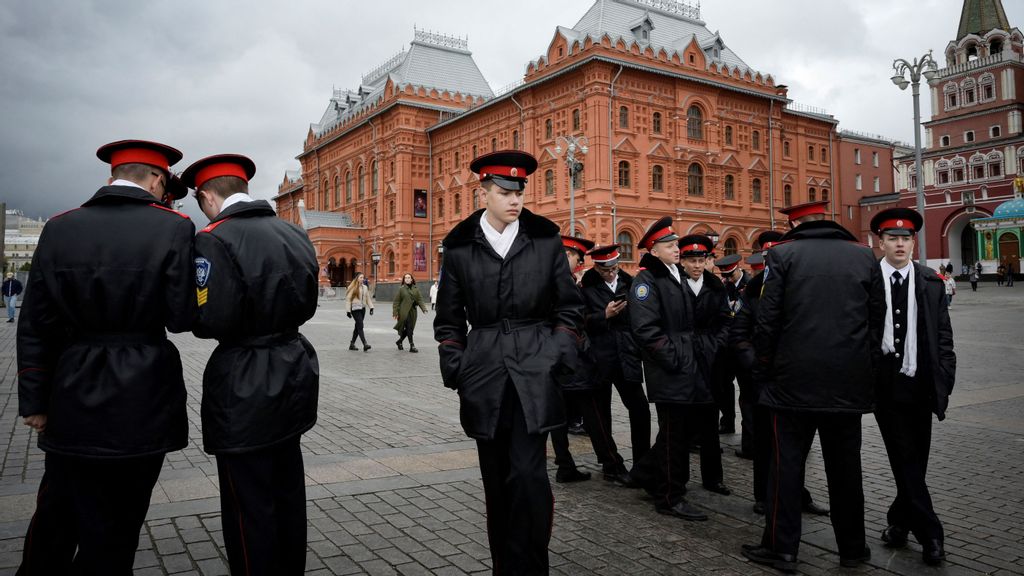 Russian military cadets wait for an excursion at Manezhnaya Square just outside the Kremlin in Moscow on September 26, 2022. Russian high school students will be given military training from next year. NATALIA KOLESNIKOVA/AFP VIA GETTY IMAGES

Russia has announced that military training will be introduced into the country’s high school curriculum starting in 2023. The new curriculum will put students through around 35 hours of training.

According to the Russian daily Izvestia, this approach resembles the Soviet-era practice where high-school students learn first aid, navigation skills, and how to handle rifles.

However, teachers in various schools have said that the Russian curriculum is already overloaded with numerous other new subjects, raising concerns about how the program will be implemented, the Russian daily reported.

Russia’s Deputy Defense Minister Valery Gerasimov has supported introducing military training in schools. He has suggested that students in the 10th and 11th grades be given 140 hours of training, Izvestia reported.

Kravtsov has said that teachers will start undergoing training, which is expected to be completed by January 1, 2023. It will initially be launched as a pilot program before getting final approval.

Meanwhile, on Friday, Ukraine’s armed forces entered the strategic city of Kherson in southern Ukraine following the retreat of the Russian troops.

Despite the retreat, the Kremlin warned that Kherson’s status did not change, claiming that the city was still “part of Russia.“

“All of us already feel the approach of our victory. Because we preserve our unity and know that we are rightfully on our land,” Ukranian President Zelensky said in an address following the city’s liberation.