There is need to begin to focus on the cultural and social drivers, to prevent future mass school shootings. 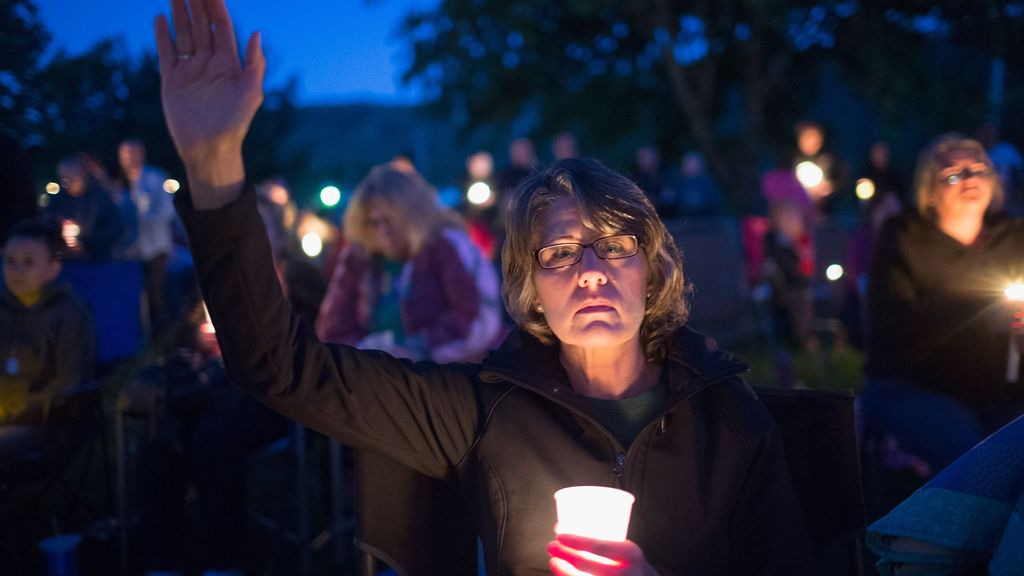 Residents of Douglas County attend a prayer service and candlelight vigil at River Bend Park to remember the victims of the mass shooting at Umpqua Community College in nearby Roseburg. Photo by  SCOTT OLSON VIA GETTY IMAGES

Mass school shootings are not caused by mental illness, according to a new study.

Researchers looked at 82 school mass killings, discovering that on the rare occasion when the perpetrator did have a mental illness they were more likely to use a knife than a gun. In cases of mass shootings, they found that symptoms of psychosis or other forms of severe mental illness were absent in the majority of the cases they studied.

Instead, they said that a romanticization of guns and gun violence was a stronger indicator and could be used to possibly prevent shootings. Identifying mental illness as a primary cause of the violence is misleading, and they claim that many perpetrators may instead be exercising a final act before taking their own life.

“Our findings suggest that mass school shootings are different from other forms of mass murder and that they should be looked at as a distinct phenomenon.”  Said Dr. Ragy Girgis is the director of the Centre of Prevention and Evaluation, a research clinic at Columbia University, NY, that specializes in the study and treatment of young adults at high risk of schizophrenia and other psychoses.

“To prevent future mass school shootings, we need to begin to focus on the cultural and social drivers of these types of events, such as the romanticization of guns and gun violence, rather than on individual predictors.”

Publishing their study in the Journal of Forensic Sciences, Dr. Girgis and colleagues used data from the Columbia Mass Murder Database, which they created in order to gain insight into the relationship between serious mental illness and mass shootings.

It involved an extensive review of 14,785 murders publicly described in English in print or online, occurring worldwide between 1900 and 2019. Within that, the team isolated cases of mass murder perpetrated at least in part at schools, colleges and universities and organized them by location (within or outside the US) and whether firearms were used. Of the 82 incidents of mass murder in academic settings, 62 percent involved firearms in the US, with 47 percent involving firearms worldwide.

Severe mental illness was absent in the majority of attackers and when present, was more associated in mass murders where weapons other than firearms were involved, such as stabbings, the second most common method of killing.

The researchers hope the findings will help lawmakers and law enforcement better understand the phenomenon of mass school shootings, as well as how they differ from other forms of mass murder.They also stressed that these data cannot be used to predict behavior on an individual level.

«Previous Post
Benjamin Netanyahu Accepts Mandate To Form Israel’s Next Government»Next Post
Israel Is A ‘miracle’ But Some American Jews ‘not Doing The Right Thing’ By It, Trump