At 110, Merah Smith Credits A Long Life To Faith, Good Food And Kickboxing 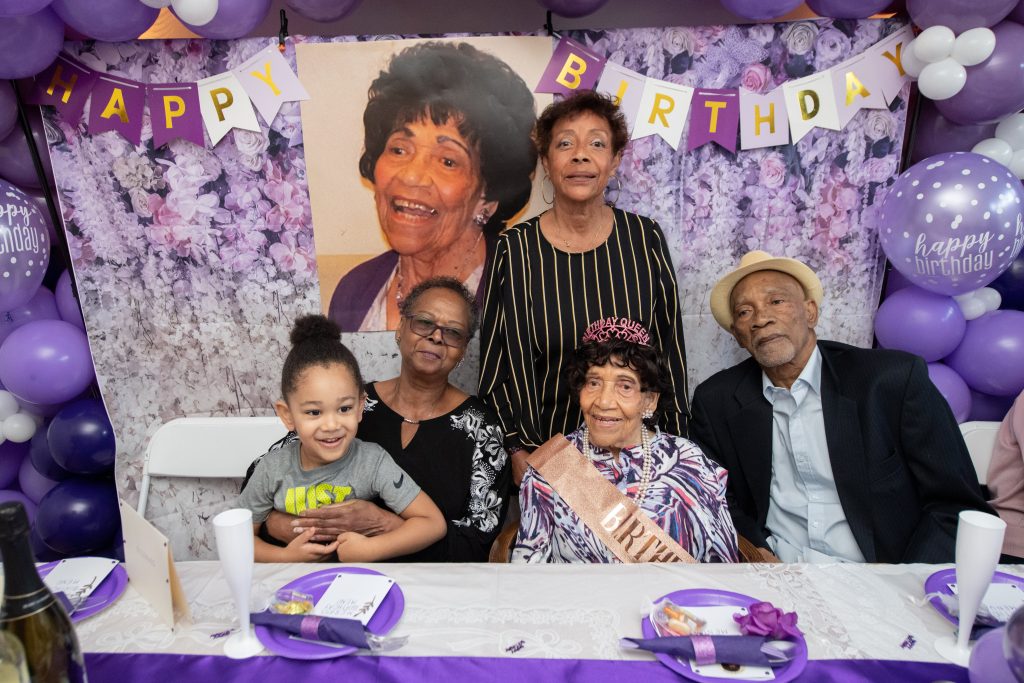 Merah Smith, who loved kickboxing and dancing, surrounded by family on her 110th birthday. She credits her longevity to a healthy diet and faith. TONY KERSHAW VIA SWNS

At 100, Merah Smith was still kickboxing, line dancing and going to the gym.

The great-great-grandmother only stopped, at aged 103, on doctor’s orders — she developed a knee problem.

Born on Nov. 9, 1912, the same year the Titanic sunk, she just celebrated her 110th birthday surrounded by friends and family.  Even the mayor of Croydon, her U.K. town, showed up.

Now, she plans to make it to 115. Smith credits a long life to eating chicken, fruit and vegetables, and practicing her faith.

For her 110th, purple decorations hung around her granddaughter’s house, and Smith donned a party tiara.

“I am very blessed. After the rain yesterday, I prayed for a nice sunny day. And today, there is sun and no rain,” she said, “It shows that you must always have faith in God.”

What’s the secret to her long life? Smith said: “No stress, but most of all reading the Bible, praying and trusting in God.”

“I didn’t expect to live so long, but anytime the Lord wants to take me, I trust Him. He can take me,” she said.

Smith says her favorite decade was the 1930s, when she was in her 20s and met her husband, James, who passed away from stomach cancer in the 1950s.

“One of my proudest moments was meeting and marrying my husband,” she said.

Trina Harris, who drives Smith to church, says she has “a love of the Lord, a love of life and loves to look out for people -— something she does every day.” Another Smith friend said: “She’s always enjoyed everything to the fullest.”

Smith’s son, Tony, a retired decorator, cares for his mother and cooks her fresh food.

“I knew she was going to live a long time,” he said. “She told me she’s aiming to live until 115, and look, there’s nothing wrong with her. She eats good food and believes in her church. That’s what keeps her young. She used to exercise a lot, going to the gym and kickboxing until only a few years ago, when the doctors said she should stop.

“She would also go line dancing with her troupe. She is so strong and has a sharp memory and can remember everyone’s name in photographs.”

Smith has received a card from Queen Elizabeth II every year since turning 100. This year, she received one from King Charles III.

At 103, she flew to Jamaica for a two-week holiday, then attended her granddaughter’s wedding in Cumbria, traveling back to London on the train.

What are the biggest changes she’s seen over the past century?

“The biggest changes are happening right now,” she said. “People now choose what they want to do instead of following God’s ways. I want people to turn their hearts toward God.”