How To Lose $16 Billion In 3 Days: How Sam Bankman-Fried’s Wealth Disappeared

Several days ago, FTX co-founder Sam Bankman Fried saw his wealth plummet by over 90% to a value of $1 billion. Here’s how! 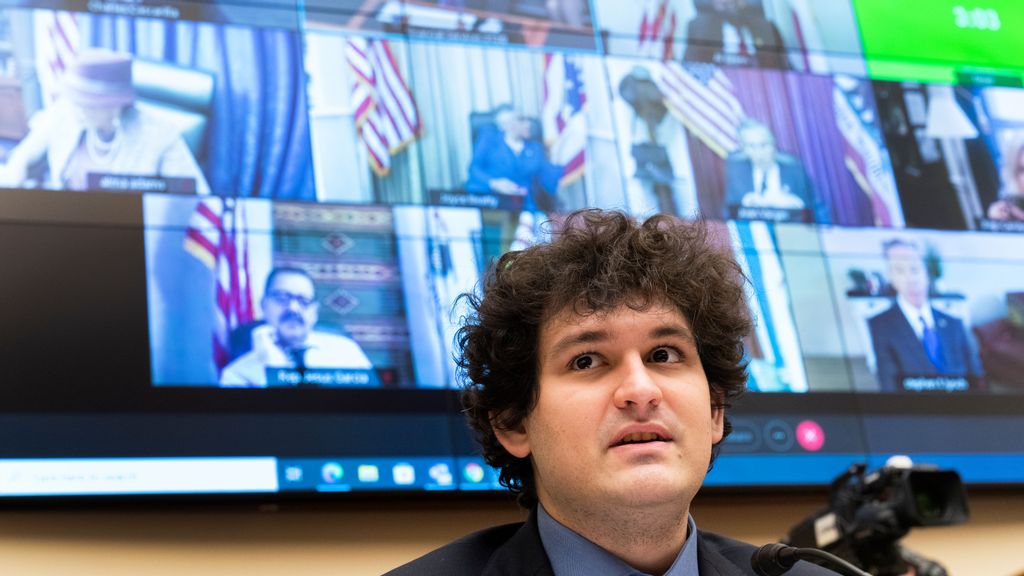 Sam Bankman-Fried, founder and CEO of FTX, testifies during the House Financial Services Committee hearing titled Digital Assets and the Future of Finance: Understanding the Challenges and Benefits of Financial Innovation in the United States (Photo By Tom Williams/CQ-Roll Call, Inc/Getty Images)

Several days ago, FTX co-founder Sam Bankman Fried saw his wealth wiped out by over 90% to a value of $1 billion.

The significant drop came after a liquidity crisis wreaked havoc on FTX and the cryptocurrency market. At first, rival Binance agreed to acquire FTX.com but ultimately walked away from the deal. FTX, including the FTX.us segment, has since declared bankruptcy and depleted Bankman-Fried’s wealth even more.

Bankman-Fried’s wealth hovered at around $1 billion based on his 70% ownership stake in the FTX.us business, which was valued at $8 billion in January.

He also invested in Robinhood Markets (NASDAQ: HOOD) earlier this year. The investment was done by Alameda Research, which also declared bankruptcy Friday. This gives the stake a value of $0, Bloomberg reported.

Prior to FTX’s collapse, Bankman-Fried had an estimated wealth of $15.6 billion and was ranked the 95th richest person in the world. At his peak, Bloomberg valued Bankman-Fried at $26 billion in March.

There could be assets that Bankman-Fried owns that are not tracked by the index, including potential cash on hand and real estate.

The big question mark will likely be if investments by Bankman-Fried were done on his own or through any of the units like FTX or Alameda Research, which are now valued at $0.

A drop of $16 billion to $1 billion, and now to $0, marks one of the largest wealth wipeouts in history. With 94% of his wealth disappearing in a single day, it marked the largest one-day drop (by percent) in wealth in the history of Bloomberg’s rankings of billionaires.

The ranking of other billionaires has shifted as well.

Binance CEO Changpeng Zhao, who may have had a hand in causing the FTX Token to fall in value, was ranked 75th on Monday with a net worth of $18.3 billion on the Bloomberg Billionaires Index.

On Friday, Zhao is worth $16.4 billion, ranking 88th on the billionaires list and down $79.4 billion year-to-date in 2022. Zhao’s loss in wealth on the list by dollars is second only to Meta Platforms (NASDAQ: META) CEO Mark Zuckerberg.

Zuckerberg, ranked 25th on the list, is worth $42.7 billion. That’s down $82.8 billion year-to-date in 2022. Similar to Bankman-Fried, Zuckerberg saw a massive one-day drop earlier this year with $31 billion wiped out in a single day, one of the largest one-day drops by dollar value ever seen.

Bankman-Fried resigned as CEO of FTX as part of the bankruptcy announcement Friday. The move completes one of the biggest falls after being recognized as a leader in the space and now seeing calls for arrest, fraud charges and more by the crypto community.

Bankman-Fried was previously one of the youngest people to be included in the Forbes 400 richest list.