The famed boxer looks to score another victory — outside the ring. 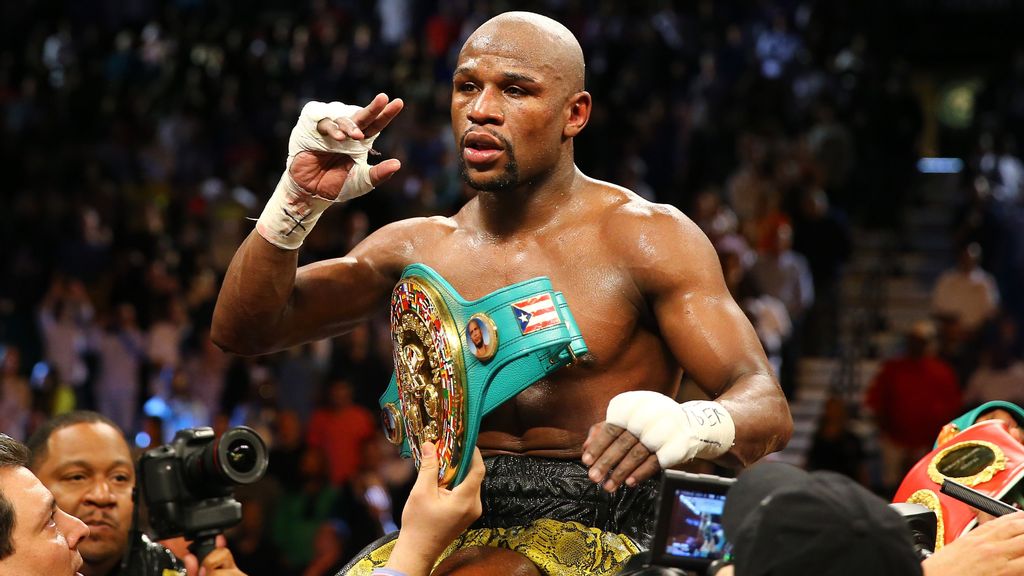 Floyd Mayweather Jr. celebrates his unanimous-decision victory over Robert Guerrero in their WBC welterweight title bout at the MGM Grand Garden Arena on May 4, 2013 in Las Vegas, Nevada. Outside the ring, Mayweather has been involved in promoting financial enterprises. (AL BELLO/GETTY IMAGES)

Call it a TKO — a technical knockout.

Former boxer champion Floyd Mayweather Jr., basketball legend Paul Pierce and reality TV star Kim Kardashian are expected to win an investor lawsuit against them over their sponsorship of the obscure crytocurrency Ethereummax.

The celebrities promoted the token last year, which did not have any real-world utility.

U.S. District Judge Michael Fitzgerald on Monday issued a tentative court ruling that the investors’ attorneys were “trying to act like” the SEC (Securities and Exchange Commission). He added the plaintiff’s lawyers “haven’t chosen to view the tokens as a security” because they did not make a standard claim of securities fraud, reported Bloomberg.

The judge said he would issue a formal written order soon.

In the January complaint, the ex-boxing champion and his associates were charged with scamming investors by hyping the Ethereummax token, which runs on Ethereum, the blockchain behind the world’s second-biggest cryptocurrency. Investors said their claims resulted in buying EMAX at “inflated prices.”

The plaintiffs said the token’s price rocketed 1,370% soon after its launch in May 2021, but then hit an all-time low in July — “a 98% drop from which it has not been able to recover.”

The SEC charged Kardashian on Oct. 3, 2021, “for touting on social media a crypto asset security offered and sold by Ethereummax without disclosing the payment ($250,000) she received for the promotion.” In order to settle accusations connected to Kardashian’s promotion of EMAX, she was fined $1.26 million by the SEC.

Mayweather prefers to focus on his boxing career, but he has tangled with the SEC before.

In November 2018, the SEC settled charges against Mayweather and music producer Khaled Khaled, known as DJ Khaled, for failing to disclose payments they received for promoting investments in Initial Coin Offerings (ICOs).  Without admitting or denying the findings, Mayweather and Khaled agreed to pay disgorgement, penalties and interest, according to the SEC.

Now, the undefeated pro boxer is involved in lucrative exhibition bouts. The former world champion has battled Tenshin Nasukawa, Logan Paul, Don Moore and Mikuru Asakura. He fought MMA star Conor McGregor in 2017 in a boxing showdown and said he will fight McGregor again in 2023.

Mayweather is set to face YouTuber Deji on Nov. 13 at the Coca-Cola Arena in Dubai. Recently, he fought Mikuru Asakura in Japan, beating him via TKO in the second round.

Paul Pierce was drafted by the Boston Celtics in 1998. He helped the Celtics win a championship in 2008, while becoming among the best players in franchise history. He was inducted into the Basketball Hall of Fame in September 2021.