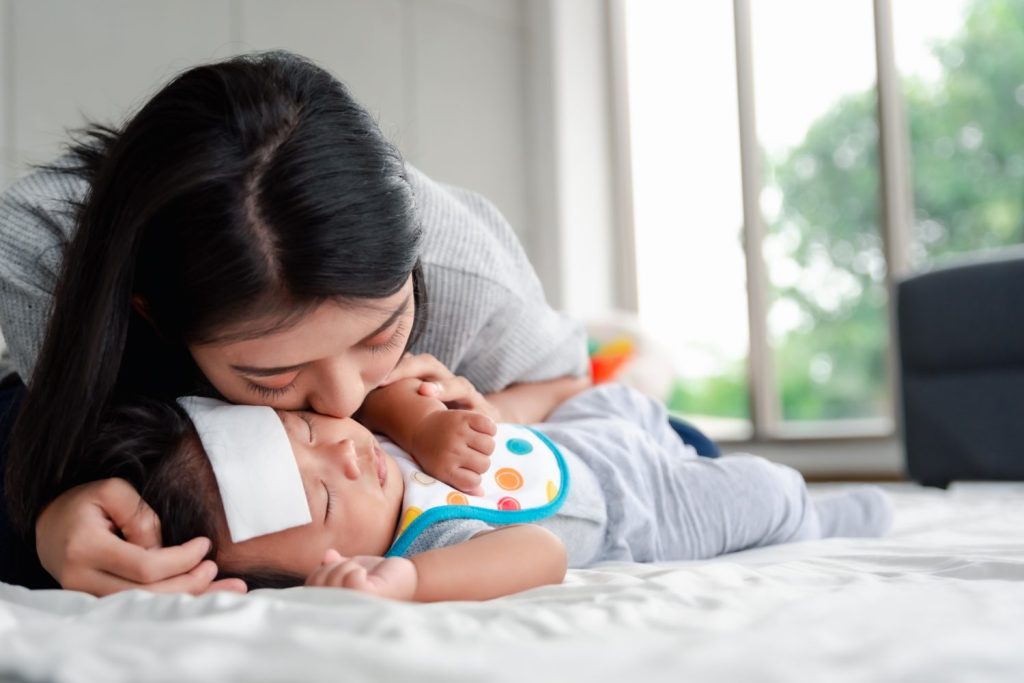 For the study, the team recruited 1,074 parents with children under two years old. (Wear it Out via Shutterstock)

“Marketing regulations should ban breast-milk substitutes and baby food promotion in digital media and the use of health claims,”said Mishel Unar-Munguía from Mexico’s National Institute of Public Health who contributed to the report,”  since they may confuse parents about optimal feeding practices. This call for action is urgent to safeguard the health and right of children to breastfeeding and natural, nutritious, sufficient and quality food.”

Mothers who looked at more adverts were twice as likely to buy formula products on the basis of nutritional and organic claims made in digital adverts.

A multi-country research study commissioned by the World Health Organization and the United Nations Children’s Fund shows that formula milk marketing has no limits. The consequences for the health and human rights of women and children are overlooked by such marketing practices, as it misuses and distorts information to influence decisions and practices.

The Mexican researchers say their findings suggest there is a need for tighter regulation of the products.

The International Code of Marketing of Breast-milk Substitutes says any informational and educational material should state the benefits and superiority of breastfeeding, as well as instructions for the proper use of infant formula milk. It should not contain visuals idealizing the use of breast milk substitutes. It also says no company should contact a pregnant woman directly or indirectly, including through social media.

For the study, the team recruited 1,074 Mexican parents with children under two years old. Almost two-thirds (62 percent) of them were women. Participants had an average age of 28 with two children each. Half of the offspring were less than a year old. Most of them were fairly affluent and well-educated.

They were surveyed about the brands, products, and digital platforms where they reported seeing ads for formula milk and baby food between December 2020 and January 2021.

The survey included questions about how and why they bought certain products and how feeding practices were influenced by digital marketing.

Parents’ knowledge of the Code, their views of digital marketing regulations, and whether the ads made them think that formula milk and commercial baby foods were as good or better than breast milk were also captured.

Exposure to digital marketing of formula and baby foods was classified as the weekly frequency with which parents reported seeing adverts and the number of advertised products they reported seeing over the past month.

A third of the moms exclusively breastfed their infants under six months and nearly half (45 percent) continued breastfeeding after a year.

Among children up to 23 months, 58 percent were given formula milk, 43 percent consumed sugary drinks, and nearly three-quarters (72 percent) had eaten processed foods the day before the survey.

During the preceding month, most (82 percent of) parents said they had bought formula milk or baby foods. The main reasons given were nutritional content, convenience and shelf life.

In all, 94 percent of parents reported seeing digital marketing on at least one site in the preceding month, with 86 percent reporting weekly frequency.

Social media was the most common platform where marketing was seen, with 77 percent of participants finding it there. The average number of advertised products reported was 26.

The most advertised formulas on digital media were infant formulas (0-6 months) and growing-up milk (12-36 months).

Oatmeal and yogurt were the most commonly advertised baby foods. Only 13 percent of parents knew about the Code, and only around half (48 percent) felt existing regulations for marketing formula and baby foods were inadequate. Close to 55 percent of them felt that advertising portrayed formula as equal to or better than breast milk.

The team asked 95 parents to make three 10-minute screen recordings of their phones while browsing the internet or checking their social media and smartphone apps. The number of ads for formula and baby food products seen in each recording was counted and classified as intentional or unintentional searches.

Eighty-nine (94 percent) observed at least one formula and/or baby food ad in their 30 minutes of recordings, with an average of around seven ads seen in each recording during an intentional search, and around two during unintentional searches.

In each recording, at least one ad for infant formula or baby food was identified and all contained Code violations.

These were primarily the absence of statements about the superiority of breastfeeding, lack of warnings on the risks of improper formula preparation or advice to consult health professionals about the use of these products and invitations to visit websites, social media, or links to purchase their products.

«Previous Post
Disney+ Hits 164.2 Million Subscribers As It Plans For Price Hike»Next Post
Does Having Good Friends Mean Having A Healthy Stomach?