This reduced the value of the tokens and drained the PancakeSwap pool. 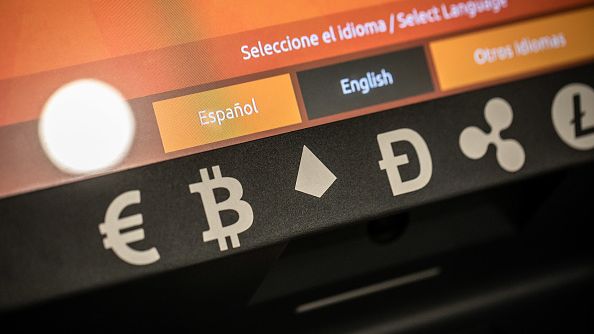 Cryptocurrency logos on an automated teller machine (ATM) inside a cryptocurrency exchange in Barcelona, Spain, on September 8, 2022. ANGEL GARCIA/BLOOMBERG VIA GETTY IMAGES

A “white hat” attacker minted $2 billion worth of Gala (CRYPTO: GALA) on the Binance (CRYPTO: BNB) Smart Chain on November 3 and sold some of the tokens on PancakeSwap, earning a total of 12,977 BNB, which was worth about $4.5 million at the time.

This reduced the value of the tokens and drained the PancakeSwap pool.

Lookonchain, a cryptocurrency analytics account, claimed that some traders took advantage of the circumstance by purchasing GALA via PancakeSwap and selling the tokens on Huobi, driving down the price of the cryptocurrency exchange from $0.04 to $0.0003.

Gala Games president Jason Brink responded on Twitter to the community’s fears of a potential multi-billion dollar breach by assuring them that the activity was just part of pNetwork’s attempts to protect its liquidity pool from flaws.

Huobi disagreed, claiming that the white hat operation was meant to make a profit and an excuse to avoid legal consequences.

“The GALA and pNetwork teams could have used other safer method to fix the vulnerability and avoid this unfortunate incident from happening.

“However, they chose to cover up the facts and executed a massive attack involving 55.6 billion GALA tokens within 50 minutes after contacting the exchanges..

“This is a malicious attack motivated by profit and is tantamous to a terrorist attack on innocent users and platforms. The entire industry has suffered a huge blow because of this incident,” sai the exchange.

Huobi further asserted that the incident resulted in significant losses for its users and added that it was prepared to sue pNetwork.

Huobi also pledged to provide a $1 million bounty and forego its legal obligations in exchange for the alleged attackers returning the attack’s earnings.

“We have documented proof showing that pNetwork has acted in good faith, that all actions were agreed upon in advance with GalaGames and that Huobi was notified Thursday at 7:24pm UTC and acknowledged the emergency 2 minutes later but blocked deposits several hours later.

“pNetwork has not made any profit out of this operation aimed to minimize the damage caused by the compromised pGALA contract,” the DeFi protocol tweeted.