Ultimate Digital Nomad? The Woman Who Has Worked Digitially From Nearly 50 Countries

Financial freedom isn’t about being rich. The Woman gives up career at an advertising agency to work from the Himalayas. 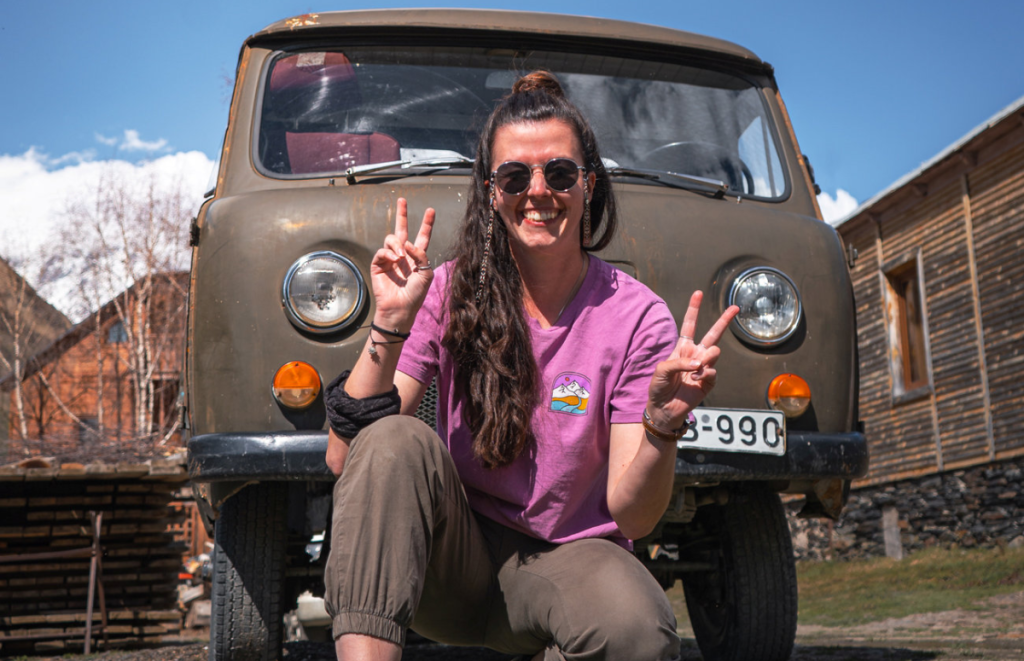 A backpacker who has visited dizens of countries explains she gave up a career at a top advertising agency to work around the globe.

She has worked from the Himalayas in India, had Zoom calls during sandstorms on the edge of the Sahara Desert in Morocco, finished a day of work to then climbed an active volcano in Guatemala, and finished many projects in airports.

Katie Macleod, 28, knew from a young age she did not want to be tied down by a mortgage and saved up during college breaks to go traveling.

After graduating, she got a job as a graphic designer at a London advertising agency and progressed through the hierarchy.

She described her job as “fast-paced, high-intensity and very demanding” and ultimately monotonous, with a 7 A.M. start and having to deal with crowds of commuters.

Macleod, who is currently in Muscat, Oman, said people can get distracted by takeout coffees and new outfits, and said financial freedom is not about being rich.

She has visited Iraq and Syria as a traveller, and worked from Bosnia and Serbia.

“It is not the high pay, but the small expenses that make you able to afford a life of travel,” said Macleod, from Inverness, Scotland, “You don’t need a Starbucks coffee every day, a new outfit for every occasion, cancel your subscriptions and relieve yourself from any outgoings…Financial freedom isn’t about being rich, it’s about learning to live without counting on the next paycheck.

“A life of full-time travel is much cheaper than being static with a mortgage, insurance, debts and a car.”

She prefers to stay in hostels as they cater to her lifestyle. Most hostel beds are now equipped with an internet connection, a plug and a privacy curtain.

“Nowadays , it’s much easier to explain that this is my lifestyle and that I need to work to be able to afford the next flight ticket, even if that means being on my laptop whilst others prepare for the next pub crawl or walking tour.”

She has colleagues on Zoom to chat to, and has spent every Christmas with her family and makes it home for weddings and christenings.

And she said knowing when to call it quits is an important skill for anyone wanting to enjoy freedom in their own life.

“Since I was in high school, every penny that I ever could save was intended to be spent traveling,” Macleod said.

Macleod initial plan was to save and then travel as long as possible. She realized that she could have an income online while found clients online slowly.

Despite having a dream life Macleod says she struggles to switch off due to remote working – and although she is non-materialistic she still nags herself about not earning more.

Macleod drawing the good line between work and travel since She has flexieble hours.

“Perhaps there was even a sense of guilt that I should be doing more, and earning more.”

She suggested countries such as Malta and Bali were a good starting place for people wanting to bin the rat-race.

Macleod believes that digital nomads have to be very strong-minded and determined to maintain any kind of workout routine, sleeping pattern or eating habits.

“If this isn’t done right, it can easily result in burnout.

“People seem to believe that digital nomads look as if they are always on one big holiday, but the reality is constant traveling can be exhausting.”

Macleod’s blog can be found here.

Places Macleod has visited as a digital nomad: (and in order):

Places Macleod has visited as a traveler: