Nearly a year after Jewish teens were harassed during Chanukah, the BBC have been criticized for the way they covered the story 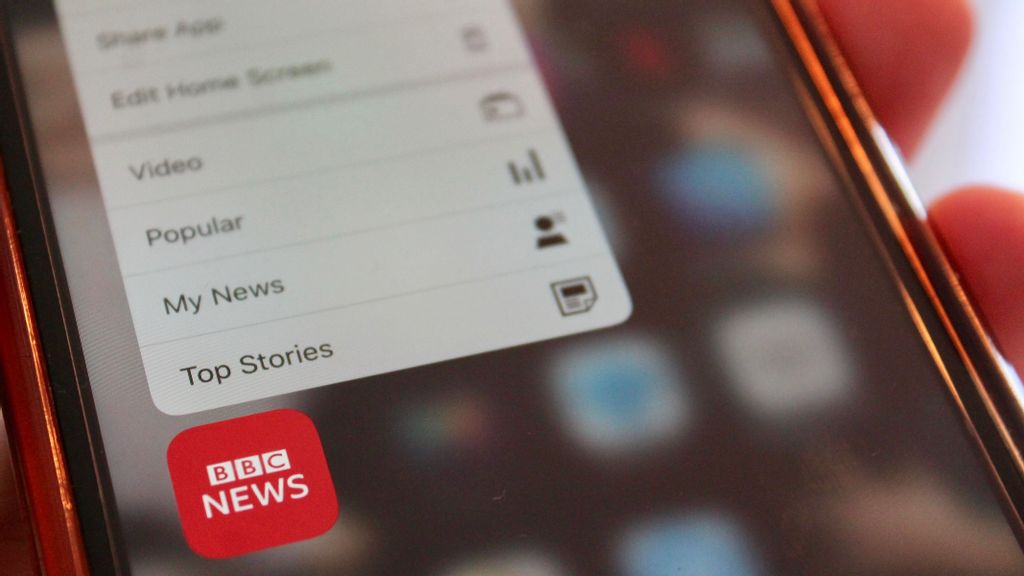 A picture of the mobile BBC News App taken in Ealing, England on May 24th. 2020. The BBC have been criticized for their coverage of an antisemitic attack in Oxford. RICH SMITH/UNSPLASH

Nearly a year after a group of Jewish teens were accosted on a major London shopping street during Chanukah, a British regulatory commission has criticized the way the BBC covered the episode. During the Dec. 2, 2021 incident on Oxford Street, parts of which were captured on video, a group of Arab men yelled at the teens and banged on the doors and windows of the bus the teens were on, with at least one person throwing his shoe at them, a sign of severe contempt in Arab culture.

The BBC claimed in its reporting on the anti-Semitic incident that the teens on the bus had made anti-Muslim slurs. “Our investigation uncovered significant editorial failings in the BBC’s reporting of an antisemitic attack on Jewish students traveling on board a bus in London,” wrote Ofcom (the Office of Communications), the state-approved regulatory and competition authority for the broadcasting, telecommunications and postal industries of the United Kingdom. “Our investigation took into account the steps the BBC took, the information reasonably available to the BBC at the time of broadcast, as well as the fact that the report’s primary focus was on the antisemitic attack. Given these contextual factors, we concluded that at the time it was broadcast&mldr;the program did not breach our rules.” However, the Ofcom continued, “in our view, the BBC made a serious editorial misjudgment by not reporting on air at any point that the claim it had made in the news broadcast was disputed, once the new evidence emerged. This was particularly the case given that the BBC was aware that its news broadcast and online article were causing significant distress and anxiety to the victims of the attack, and to the wider Jewish community.”

Mark Gardner, CEO of the Community Security Trust, which handles security concerns for the Jewish community in the United Kingdom, issued a statement saying, “Today’s Ofcom ruling confirms and vindicates our concerns regarding the BBC’s flawed reporting of what was a particularly upsetting anti-Semitic attack in the heart of London. We hope the BBC will take this criticism seriously and learn the lessons from this sorry episode to ensure it never happens again.”

The Campaign Against Antisemitism, which had staged a rally in front of the BBC offices after the news program aired, said, “Almost a year after the BBC’s abominable coverage of an anti-Semitic incident on Oxford Street, Ofcom has seen what every viewer and reader of the BBC’s coverage could, but which the BBC itself refused to accept: Its reportage added insult to the injury already inflicted on the victims and the Jewish community and abysmally failed to meet the most basic editorial standards. Ofcom’s decision today begins to undo that insult.

“Sadly, the BBC’s stonewalling is exactly what British Jews have come to expect from our public broadcaster,” the CAA said in a statement, adding, “Now that Ofcom has warned the BBC after the BBC disgracefully failed to uphold our complaints against it, it has become clear as day that a Parliamentary inquiry into the BBC focusing on its coverage of issues relating to Jews is warranted, and we have joined the Jewish Chronicle and others calling for one.” In late October, the CAA along with the Jewish Chronicle and the Jewish News announced a £30,000 (nearly $34,000) reward for the arrest and conviction of the men seen the in the video attacking the bus. The announcement came after local police closed the investigation claiming they had exhausted all leads but would reopen the case if new information came to light.