The Mighty Nile Resists The Powers Of Nature, Including The Rising Sea

Farmland inundated with saltwater gradually eats away the soil in the Mediterranean town of Mutubes, in Kafr el-Sheikh province. 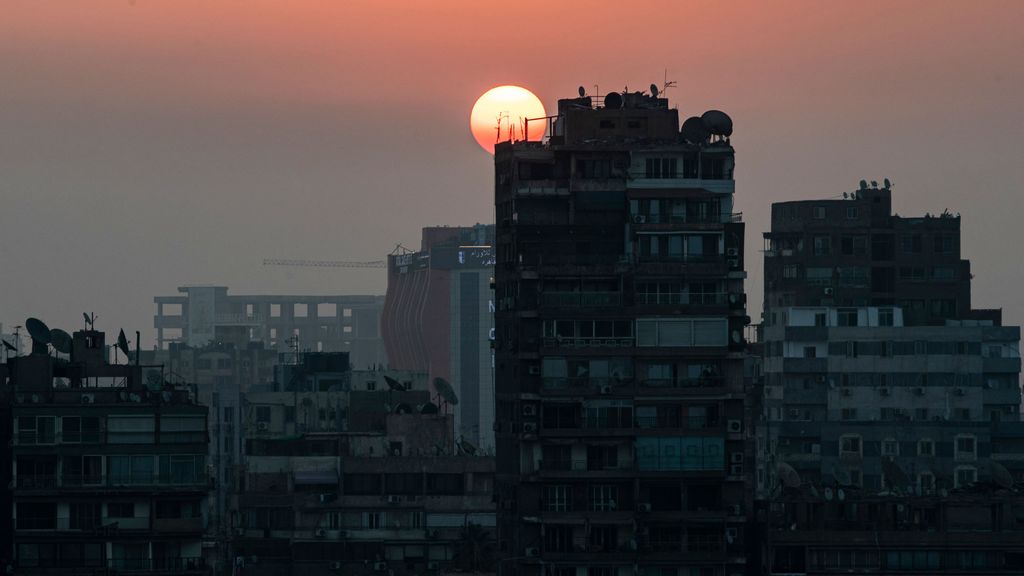 The sun rises behind the skyline of Egypt's capital Cairo and its Nile river island of Manial on November 3, 2022. As the Mediterranean Sea slowly takes over, the river may face an even larger challenge: a submerged river delta. PHOTO BY MOHAMMED ABED/AFP via Getty Images)

The Nile, the world’s second-longest river, has been in danger for half a century now, its flow dropping from 3,000 cubic meters per second to 2,830 cubic meters. Now, the river may have an even greater challenge: a submerged river delta as the rising Mediterranean Sea slowly takes over.

A recent report shows that the Nile River Delta, the third most vulnerable place on the planet to climate change and related heat waves, could go underwater by the end of the century due to rising sea levels, according to research by the Cyprus Institute’s climate and atmosphere research center and the Max Planck Institute for Chemistry.

The delta embodies an important farming area in Egypt and is home to about 40 percent of Egypt’s population, accounting for half of the country’s economy, according to the U.N. Food and Agriculture Organization. The biggest concern is the direct and almost immediate impact the rising sea levels will have on the river and the delta’s surrounding communities.

AFP reported that if the sea level rises even by a meter, a third of this intensely fertile region could disappear, the United Nation fears, forcing about nine million people away from their homes in the near future.

These climate issues are coming into greater focus just as Egypt is set to host the UN’s COP27 global climate summit next week.

The Nile used to provide farmers with the valuable, natural crop fertilizer of silt, but AFP reported that as more barriers were built to hold back the rising sea, the water reaching the villages has become clearer without any silt, negatively impacting crop production.

According to AFP, salt from the Mediterranean has also seeped into large swathes of land, killing and weakening plants. Farmers have said their vegetables no longer taste the same.

Ouf el-Zoughby, a Mutubas farmer, told The Associated Press this is his third time trying to grow mangos. He said past attempts have been thwarted by salt.

“You see the tree dying before your eyes,” the 47-year-old farmer told the AP. His fields are within 3 kilometers (1.8 miles) of the Mediterranean.

Farmers like el-Zoughby are adopting new planting methods to grow crops that are more tolerant to thirst, such as mango, to continue some production during these not-so-fertile times. According to AFP, the delta is the source of between 30 and 40 percent of the nation’s agricultural output.

Yet the United Nation’s predictions show water supply per person could lower to a third of what is available now, and by 2050 the population of both countries will have doubled with an increase of two or three degrees in average temperature, AFP reported.

Not even the heavy yearly rainstorms, which AFP said killed 150 people this summer and washed away entire villages, could potentially make up for the lost water. An expected replenishment of 15% to 25% will not provide enough force for the 10 countries that rely on the Nile for their crops and power, the UN’s group of climate experts, the Intergovernmental Panel on Climate Change (IPCC), warns.

More than half of Sudan’s power comes from hydroelectricity, according to AFP, and 80 percent of Uganda’s is generated from the river. Additionally, more than half of Ethiopia’s 110 million people live without electricity despite being one of the fastest-growing countries in Africa.