Moon To Turn Red During Last Total Lunar Eclipse Until 2025

The moon will turn red early Tuesday morning during an astronomical phenomenon unlike any other until 2025. 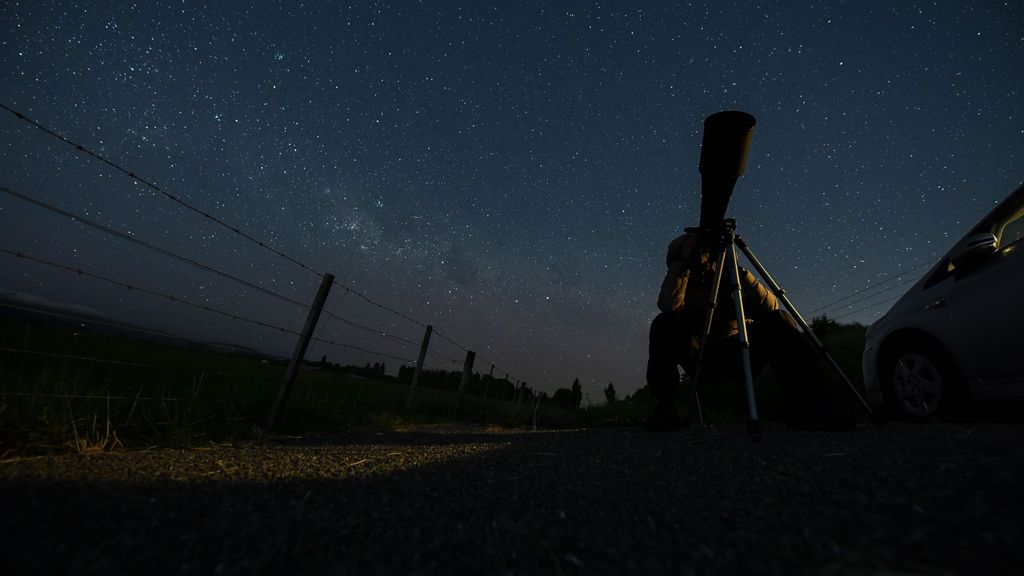 The moon will turn red early Tuesday morning during an astronomical phenomenon unlike any other until 2025.

The sun, Earth and moon will align to create a total lunar eclipse before daybreak on Nov. 8 that will be visible over all of North America. This will be the second lunar eclipse visible from the continent this year, the first one taking place on May 25-26. In addition to being visible across North America, the upcoming eclipse will also be seen from Hawaii, Australia, New Zealand, Japan and eastern Asia.

The last time two total lunar eclipses were visible from North America in the same year was in 2015, and the celestial double feature will not happen again over the continent until 2029.

As the moon enters Earth’s shadow early Tuesday morning it will gradually disappear and lead up to the total phase of the eclipse. This is when the planet blocks any direct sunlight from reaching the moon. The moon will be in Earth’s dark inner shadow for nearly an hour and a half, but the moon will not disappear from the sky. Instead, it will turn red or orange in color.

The shift in color is what inspired the viral “Blood Moon” nickname, but the moniker can be a tad misleading.

Sometimes, the eclipsed moon does appear dark red, hence the name of a Blood Moon, but other times it looks rusty orange. The exact color that people see during a total lunar eclipse does not have to do with the moon, but rather the Earth’s atmosphere.

Onlookers do not need any special equipment like a telescope to see November’s top astronomy event, but seeing the celestial spectacle could require losing a bit of sleep.

For East Coast residents, the height of the eclipse will start at 5:16 a.m. EST and will conclude 85 minutes later, around the same time as the sun rises. For people across the West Coast, the entirety of the nearly six-hour event will be visible with the total eclipse taking place between 2:16 a.m. PST and 3:41 a.m. PST.

Some Americans may already be planning on waking up earlier than normal Tuesday morning to cast their vote on Election Day before school or work, or in hopes of avoiding the long lines that can form at polling stations later in the day.

Since a total lunar eclipse is a long-duration event, a completely clear sky isn’t a necessity to see the eclipsed moon.

Even if the sky is partly cloudy, onlookers only need the clouds to break for a moment or two to catch a glimpse of the moon during the 85-minute window when the moon appears orange or red.

The best weather conditions for viewing the lunar eclipse are expected in a zone from Maine through Mississippi and most of the Intermountain West. There should be enough breaks in the clouds to witness the astronomical alignment across most of Quebec and into Atlantic Canada, as well as British Columbia.

Clouds will be a higher concern for stargazers across most of the Midwest and into the Plains, across the West Coast and parts of the Atlantic coast in the southeastern United States.

Skywatchers who wake up early to view the eclipse should also keep an eye out for shooting stars.

The Taurids combine for about five to 10 meteors per hour, but the American Meteor Society says that this year the Taurids will be rich in fireballs, incredibly bright meteors that can briefly light up the entire sky.

Meteors or fireballs could streak through the sky at the same time that the lunar eclipse is unfolding overhead, making Tuesday morning one of the best times to stargaze throughout all of November.

People who miss this month’s celestial alignment will have to wait until March 13-14, 2025, for the next chance to view a total lunar eclipse.

The 2025 total lunar eclipse will also be visible across all of North America, as well as Hawaii, South America, far western Europe and western Africa.