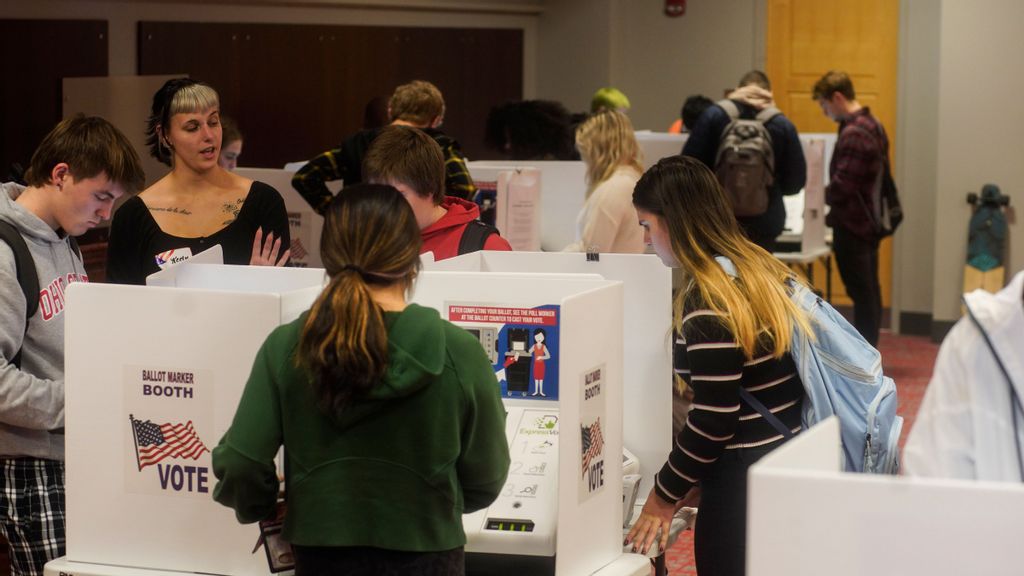 Voters cast their ballots at the Ohio Union at The Ohio State University on November 8, 2022 in Columbus, Ohio. Newspaper endorsements are on the decline in American politics with less newspapers than ever endorsing a canindate in the 2022 midterm elections. ANDREW SPEAR/GETTY IMAGES

This election, fewer news outlets have elected to endorse candidates for national office than ever before.

This non-endorsement trend has been accelerating since 2012, when 23 of the 100-largest newspapers by circulation chose not to endorse a candidate for president. At the time, that was a record. In prior presidential elections, fewer than 10 of the largest papers failed to support a presidential candidate. Some thought it was an outlier, but it turned out to be the start of a trend. Non-endorsing newspapers climbed to 26 of the top 100 in 2016 and 44 in 2020, according to Joshua Benton, writing for NeimanLab.org, a journalism think tank.

In 2022, as many as 70 of the top 100 papers will not endorse a candidate for congress or state-wide races.

In recent months, the nation’s three largest newspaper chains—Gannett, Tribune, Lee Enterprises—announced that they are eliminating national and state-wide candidate endorsements. The problem, as the Hartford Courant put it, is that endorsing candidates “inherently means picking one party over another.” The fourth-largest, McClatchy, ended presidential endorsements after the 2016 election and limited candidate endorsements to cases in which the editorial board has interviewed both of major contenders, which has effectively ended endorsements.

Television and radio stations all but ended political endorsements with the coming of the “fairness doctrine” in 1960s and did not bring them back when the Reagan Administration reversed the doctrine in 1987. Online news outlets, such as Apple News and Google News, have never endorsed candidates.

The American practice of a non-partisan news outlets endorsing candidates for major offices appears to be on the decline.

Newspaper executives, who have duties to shareholders, have also weighed the business consequences. The fastest way to shrink a corporate brand these days is to link it to a political faction in our polarized polity. Also, alienated local news customers really do cancel their subscriptions, as the Arizona Republic and Cincinnati Enquirer learned when they endorsed Clinton in 2016. The Dallas Morning News even endured a street protest. Digital subscriptions, especially for local newspapers, can be costly and difficult to replace. All three papers declined to endorse any presidential candidate in 2020.

Worse still, when the non-endorsed candidate wins, he often gives the cold shoulder to news outlets that openly supported his rival.

In the 19th century, when newspapers were mainly party organs and printed sample ballots to take to the polls, endorsements made sense. Today, endorsements seem less logical.