The fury of Hurricane Ian left southwestern Florida in tatters after its landfall as a Category 4 storm in September. 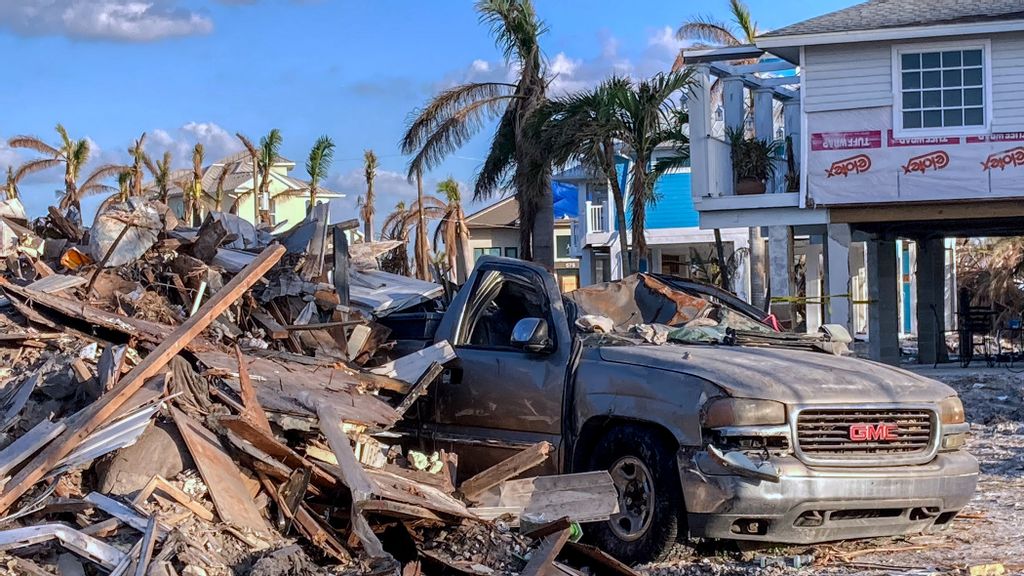 A destroyed truck is seen near a pile of debris in Fort Myers Beach, Florida a month after Hurricane Ian made landfall on September 28 as a Category 4 hurricane, causing an estimated $67 billion in insured losses and at least 127 storm-related deaths in Florida. PHOTO BY PAUL HENNESSY VIA GETTY IMAGES

The fury of Hurricane Ian left southwestern Florida in tatters after its landfall as a Category 4 storm in September. Particularly hard-hit were the cities of Fort Myers, Fort Myers Beach and nearby Punta Gorda. Along with significant structural damage, power was cut off to a vast number of residents, leaving them with limited access to internet and without other comforts of home.

About 25 miles northeast of Fort Myers lies the community of Babcock Ranch, the first town in the United States to run solely on solar power. While people in surrounding areas were struggling without electricity, it was a much different story for residents who live in the 2,000 homes throughout Babcock Ranch.

Babcock Ranch’s success lies in its 870-acre solar energy center, home to 680,000 solar panels that ensure clean and renewable energy. The amount of energy generated from the solar farm exceeds the total amount of the town’s consumption, with even more room to grow. The solar farm was hardly damaged by Ian.

“During the day while the solar panels are working, we are generating enough power to basically serve about 30,000 homes,” Languell said, noting that future building plans call for the town to expand the population from 2,000 homes to 19,500.

Babcock Ranch works in partnership with Florida Power and Light, and its amenities besides the solar farm include power and internet lines that run underground, minimizing damage from the winds and flying debris that ran amok in other Florida cities during Ian.

The town was built 30 feet above sea level in order to prevent flooding and withstand the worst storm surges that Mother Nature is capable of unleashing. Each home was built to meet the latest and strongest building codes in Florida.

Local vegetation was also kept intact after the wreckage of Ian.

“We definitely use a lot of native vegetation, which is why our vegetation really survives … literally a week after the storm, you would never think that we had a storm come through,” Languell said.

National outlets have recognized Babcock Ranch’s innovation, such as the prestigious Edison Awards that honor the world’s top innovators. The town received an award as a “Game Changer” in the Edison Awards sustainability category in 2021.

Now recognized for its remarkable staying power in the middle of Ian, Languell hopes other communities can follow suit with similar innovations.

“People can look at what we did and do any component of it,” Languell said. “[All components were] helpful, but it definitely was all these pieces together that made us so durable and resilient during this storm.”