Binance To Dump All Holdings Of Bankman-Fried’s FTX Tokens

“We won’t support people who lobby against other industry players behind their backs,” said Binance CEO. 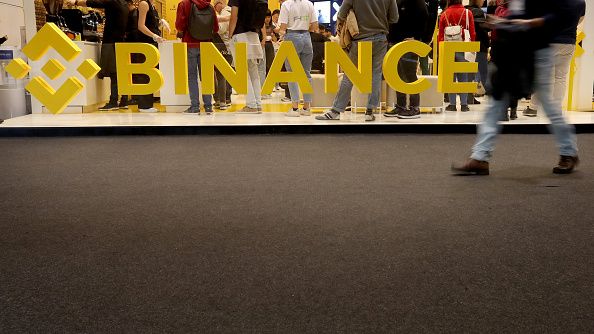 The Binance logo is seen during the 2022 Web Summit in Lisbon, Portugal, on November 4, 2022. The company will liquidate its entire holding of the native token of cryptocurrency exchange FTX. PEDRO FIUZA/NURPHOTO VIA GETTY IMAGES

He said it was amid “recent revelations that have come to light,” and that he would not support people who “lobby” against other industry players behind their backs.

What Happened: Binance’s decision to offload FTT tokens was made after weeks of criticism of FTX CEO Sam Bankman-Fried, for regulatory ideas he put up in a blog post that suggested limitations on DeFi.

Since then, he has promised to change his regulatory stance.

Bankman-Fried had come up with a draft regulatory framework for cryptocurrencies — a set of standards — while waiting for full federal regulatory regimes.

“Liquidating our FTT is just post-exit risk management, learning from LUNA (CRYPTO: LUNA). We gave support before, but we won’t pretend to make love after divorce.

“We are not against anyone. But we won’t support people who lobby against other industry players behind their backs,” Zhao tweeted.

He also said Binance will offload FTT tokens in a way that minimizes market impact and will take a few months to complete it.

No Disclosure On Number Of FTT Tokens

“Regarding any speculation as to whether this is a move against a competitor, it is not. Our industry is in its nascency and every time a project publicly fails, it hurts every user and every platform,” Zhao said.

“We typically hold tokens for the long term. And we have held on to this token for this long. We stay transparent with our actions,” he said.

As part of its withdrawal from an early equity investment in FTX it had held since 2019, Binance received the funds in FTT last year. According to a statement from Zhao, FTX had bought out Binance’s ownership of the business through a $2.1 billion mix of FTT and BUSD, the stablecoin exclusive to the Binance exchange.

Caroline Ellison, chief executive of Bankman-Fried’s Almeda Research has offered to buy the entire holding of FTT which Binance holds for a set price of $22 per token to “minimize the market impact” as Zhao had contended.

Almeda’s Balance Sheet In Eye Of A Storm

Almeda was in the eye of a storm over the weekend oamid reports which claimed billions of dollars worth of Alameda’s assets are tied up in FTX’s token.

However, according to Ellison, the balance sheet was not accurate because it only includes “a subset of our corporate entities” and additional assets valued at more than $10 billion “aren’t reflected there.”

Bankman-Friend too backed Ellison’s claim in a tweet and said a “bunch of unfounded rumors have been circulating.”