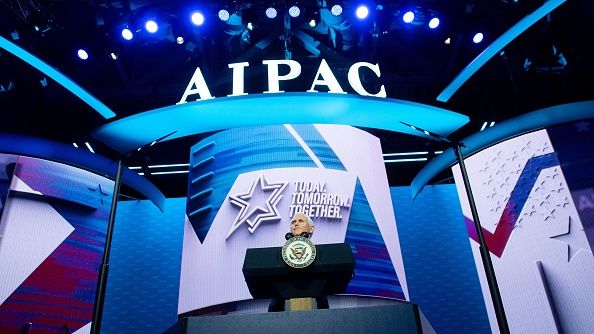 This was especially the case in Democratic primaries where the likelihood of electing a future member of the ultra-progressive group of Congress members called “The Squad” was high.

The American Israel Public Affairs Committee and an affiliated political action committee have in the final weeks become involved in a general election race with a set of recent ad buys against Pittsburgh-area Democratic candidate Pennsylvania State Rep. Summer Lee.

The AIPAC-affiliated super PAC United Democracy Project (UDP) has purchased $1 million in TV ads and spent another $80,000 on fliers, attacking Lee for being an extremist. Running in Pennsylvania’s 12th Congressional District, Lee has worried pro-Israel Democrats ever since her primary race.

UDP and other pro-Israel organizations spent approximately $3 million in the primary opposing Lee and backing her primary challenger, Steve Irwin, chairman of the State Advisory Committee for the United States Commission on Civil Rights.

Despite the millions spent against her, Lee—a member of the Democratic Socialists of America—narrowly won the Democratic nomination for the seat being vacated by the party’s Rep. Mike Doyle in a Democratic district.

She has also been endorsed by a slew of left-wing groups, among which are J Street and the Sunrise Movement.  Lee’s Republican challenger is also conveniently named Mike Doyle (no relation), and there are worries that voters might mistake him for the long-time Democratic congressman.

Outrage at AIPAC’s spending flared on Twitter from Lee’s progressive supporters. “The billionaires who fund AIPAC are spending $1 million against [Lee] because she stands with working people and against corporate greed,” Sanders tweeted.

“Democrats must unite and condemn this Super PAC and do everything possible to elect Summer,” he said.

“Reminder that AIPAC has not spent a dime to help any Democrats beat Republicans this cycle and has instead endorsed 109 Republican insurrectionists,” tweeted Ilhan Omer, without mentioning the 148 Democrats endorsed by AIPAC.

Ocasio-Cortez condemned AIPAC’s involvement and called for supporters to volunteer in Lee’s campaign.  “Shamefully, AIPAC is working for Republican control of Congress and further destabilization of U.S. democracy,” she tweeted.

Lee also attacked AIPAC, calling her Republican opponent extreme. “This is the same Super PAC that attacked me during the primary for not being ‘sufficiently Democrat.’ Now they’re trying to elect the Republican.

“They want to paint young Black women as extreme because we have a vision for a safer future for all of us,” Lee tweeted.

“A vision that doesn’t involve corporate tax cuts for billionaires, but living wages for working people. Where our reproductive freedom is protected [and] Medicare is funded. Because they want a different extreme. Right-wing extremism: Anti-abortion. Anti-gun safety. Anti-Social Security [and] Medicare. Antisemitic. Pro-Corporate Handouts. Pro-Insurrection,” she said.

AIPAC replied to numerous such tweets by stating that the committee and its two million grassroots supporters were proud to support the overwhelming majority of the Democratic Party that backs a strong U.S.-Israeli alliance but opposed Lee because of what it called her dangerous views on the relationship with Israel.

AIPAC also criticized J Street for supporting Lee despite calling itself a pro-Israel organization.  “If [J Street] was trying to elect PRO-ISRAEL Democrats, why did it endorse Summer Lee in the primary? Lee supports conditioning aid to Israel, questioned Israel’s right to defend itself during the 2021 war, and has closely aligned with Israel’s biggest critics in Congress,” AIPAC tweeted.