Rare Collection Of Charles Darwin’s Photos Being Auctioned Off

The Victorian album contains 19 pictures of the father of evolutionary theory. 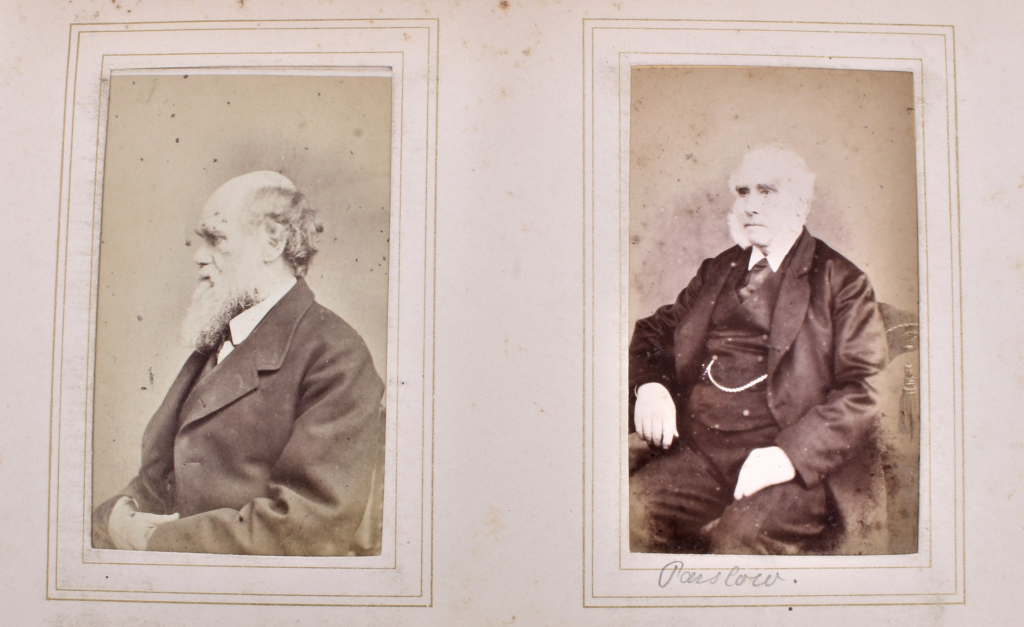 A rare collection of photographs of Charles Darwin and his family is due to fetch around $116,000 at auction next week.

Bidders have the chance of owning the assortment of photographs of Darwin known as “Carte de Visite” – a type of business-card-sized photo patented in Paris in 1854.

The Victorian album contains 19 photos of the father of evolutionary theory, each in a different pose.

The black and white images span three decades, documenting the naturalist as he ages, seven of which are hand signed by the man himself.

Daniel Wright, associate director at Reeman Dansie auctioneers, which holds the collection, said: “This is probably one of the best things I’ve ever handled.”

“It’s tremendously exciting to discover something so historic and informative, with the potential to reveal new information for historians.”

On the reverse of the photos are inscriptions of Darwin’s daughter’s name, Henrietta Litchfield.

She often assisted Darwin with his work and edited some of his writings.

Wright believes this is her personal collection.

He used pictures in his research and in exchanges with colleagues and friends.

These photographs were important tools for Darwin to cement his position in an international scientific network. They also helped to establish him as a celebrity.

The sale comes from the estate of Darwin’s great-grandson, George Erasmus Darwin, who died in 2017.

The auction also features a historic family photograph album of 81 photos believed to have been compiled by the naturalist’s wife, Emma.

It features photographs of Darwin and his extended family, as well as friends and other prominent associates of theirs, including Queen Victoria and the Russian royal family.

This album crucially holds the first photos ever seen of Darwin’s manservant, an interesting character by the name of Joseph Parslow.

The collection can be bid on at Colchester, UK, by auctioneers Reeman Dansie on November 8 to 9.