How DNA Detectives Indentified A ‘vampire’ From The Early 1800s

The early 19th century man was found buried with his arms in an X shape across his chest. 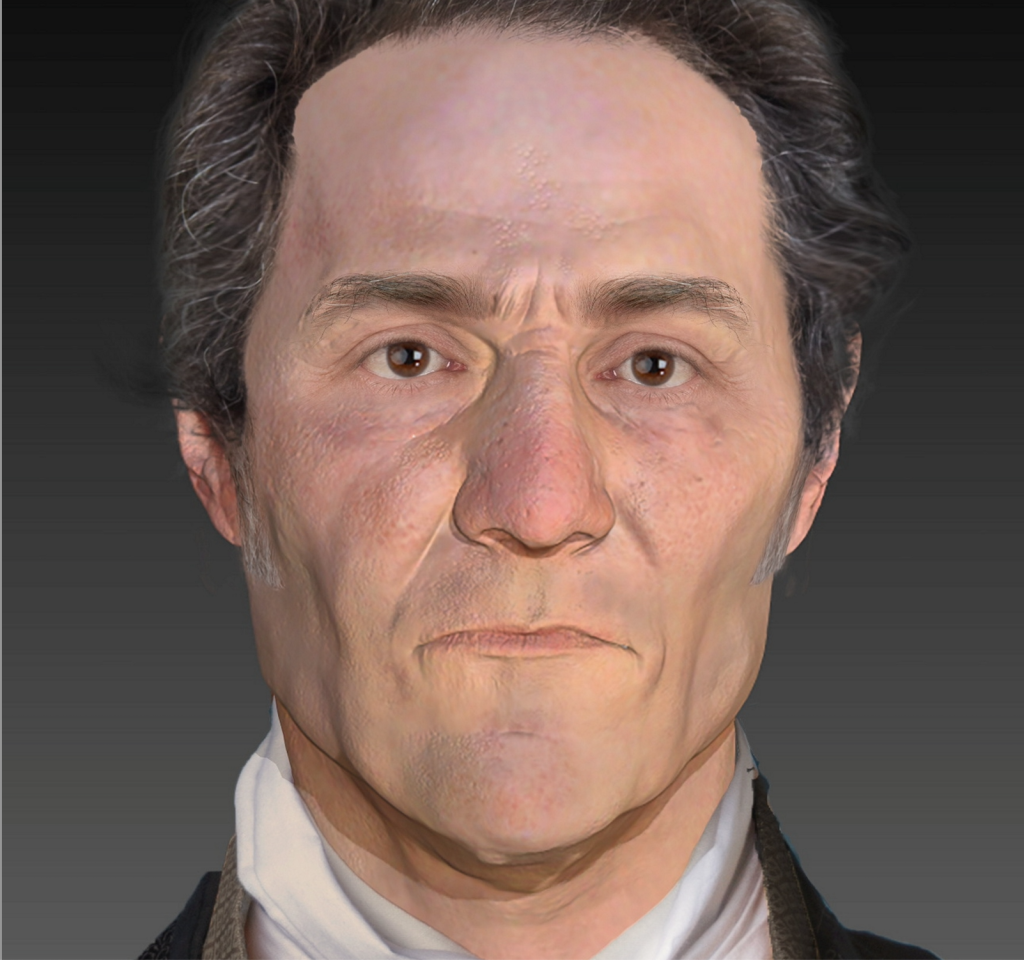 DNA detectives have attempted to discover the identity of a long-dead vampire.

The early 19th century man was found buried with his arms in an X shape across his chest – a burial practise believed to prevent blood-suckers from rising from the grave to feed upon the living.

The remains, discovered in 1990 in Griswold, Connecticut, were determined to be those of a middle-aged man named John Barber who suffered from tuberculosis.

The unpleasant symptoms of the affliction can include sweating, weight loss, a swollen neck, and coughing up blood – unexplained signs that may have led paranoid locals to suspect vampirism.

Now, cutting-edge laboratory and bioinformatics techniques have been used to reveal what he looked like and confirm who he was.

Parabon NanoLabs explained: “Tales of the undead consuming the blood of living beings have been around for centuries. Before scientific and clinical knowledge were used to explain infectious diseases and medical disorders, communities hit by epidemics turned to folklore for explanations.

“They often blamed vampirism for the change in appearance, erratic behavior and deaths of their friends and family who actually suffered from conditions such as porphyria, pellagra, rabies, and tuberculosis (TB).

“It is speculated that he (John Barber) was later disinterred and reburied because his limbs had been placed atop his chest in an X in a skull-and-crossbones configuration — a burial practice used to prevent purported vampires from rising from the grave to feed upon the living.”

Researchers employed the latest advanced laboratory and bioinformatic DNA analysis on the early 19th-century unidentified remains of a man, only known as JB55 because of the markings on his grave.

In 2019, AFDIL performed a Y-STR chromosome analysis that suggested a possible surname of Barber.

A search of historical records led to an obituary for another individual buried in the same cemetery that mentioned a man named John Barber, but no other records were found for him.

A whole-genome targeting approach, also used in Parabon’s law enforcement casework for highly degraded samples, was determined to be the most cost-effective identification method.

Using machine learning models built on published variants along with additional variants discovered by Parabon, JB55 was predicted to have fair skin, brown eyes, brown or black hair, and freckles.

The other individual in the cemetery was believed to be a relative of JB, so their DNA was analyzed using whole-genome enrichment, sequencing, and low-coverage imputation. Results showed a third-degree, first-cousin relationship to JB.

Tracing the family trees on GEDmatch led to ancestors with the surname Barber living in New England in the 18th and 19th centuries, supporting the hypothesis that his identity was most likely John Barber. GEDmatch is an online service to compare autosomal DNA data files from different testing companies.