Economists attempt to predict how inflation influences household decision-making and the annual rate of divorce filings. 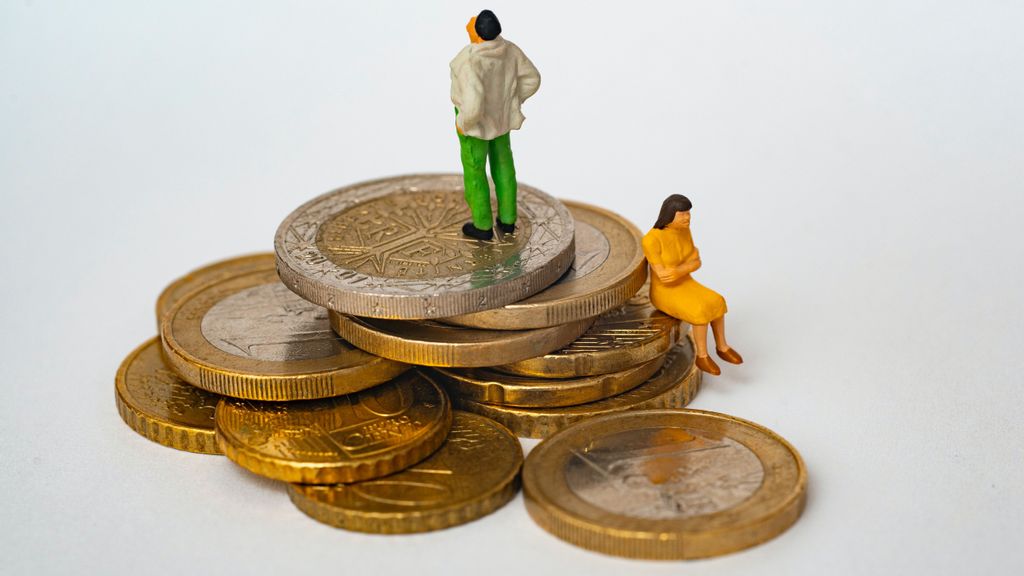 A picture take on June 21, 2021, that artistically depicts a married couple being cold to each other likely because of finances and a poor economy. Economists have endeavored to predict to what degree high inflation influences divorce rates. MATHIEU STERN/UNSPLASH

With the highest inflation rates in 40 years, economists are debating whether divorce rates will soon hit historic highs or plunge to new lows.

While divorce has many causes, economists have long noticed a link between inflation and divorce. Some studies suggest higher inflation as a reason for preserved family ties and stronger marriages. These studies claim that economic recession pushes married couples to consider alternative options other than divorce to save costs.

“Financial distress has an ambiguous effect on families. For families facing a lot of personal financial stress, it can fuel marital conflict and instability. But, surprisingly, in the population at large it makes people more appreciative of their family bonds, including their marriages.” said W. Bradford Wilcox, Director of the National Marriage Project at the University of Virginia. Having taken a keen interest in analyzing the wellbeing of families across the United States, his insights reveal that although economic instability could be the cause of marital friction it often leads to a decline in divorce filings. “So, at least in the midst of major financial traumas, you typically see marital commitment rise and divorce come down. So, if inflation keeps raging, I’d expect marriages to be more stable.” he said further.

In 1980, the last time inflation was this high, divorce rates fell as the recession deepened. Double-digit unemployment rates and interest rates as high as 21% meant that couples could not afford to file for divorce. Divorce rates had been climbing since the 1960s, when no-fault divorce procedures were signed into law. Previously, petitioners had to prove infidelity, addiction, dangerous behavior or another fault.

During the 2008 financial crisis, economists predicted sky-high divorce rates. It did not happen. Analysts relied on studies that suggested financial stress as a common reason for marital discord.

“This analysis of the divorce rate among a sample of about 2.8 million U.S. women in 2008-2011 provides evidence for effects of the economic crisis on the odds of divorce. The national divorce rate declined during the recession in these data, from 20.9 per 1,000 married women in 2008 to 19.5 in 2009, before rebounding to 19.8 in 2010.” said Phillip Cohen, a professor of sociology at the University of Maryland, in a research paper. “Net of individual-level controls and state fixed effects, the divorce rate fell sharply in 2009, significantly more than would be expected by the changing composition of the married-woman population. Compared with expectations established in 2008, approximately 150,000 divorces, or 4% of divorces, did not occur in the years 2009-2011.”

Some economic analysts believe that the option of divorce during inflation may be different for households and largely depends on their economic status. “Inflation and monetary policy are nuanced and complex things, and don’t have a simple or linear impact across different households. To start with inflation, high food and energy prices impact lower income families much more than they do high income families as food and energy represents a much larger portion of disposable income for lower income households.” said David Bahnsen, founder and Chief Investment Officer at the Bahnsen Group. “And inversely, asset price inflation (the increase of stock prices or housing prices) positively impacts higher income families more so than lower income because those are the households who own assets and more expensive homes.” he said further.

Christos Makridis and Clare Jace at the University of Arizona found that marital commitment is a stabilizing and comforting factor during declines in work-related income and Covid-19 economic lockdowns. Their research supports the argument that marital commitments tend to be strengthened during harsh economic times. “Using individual-level data from the Census Bureau’s recent Pulse Survey, we show that married respondents are not only less likely to experience mental health problems but also less likely to experience these problems following declines in work-related income.” they wrote.

As economists continue to debate the effect of inflation on divorce rates, many couples seem to be more concerned with simply trying to keep their pantries stocked.