What is the worst you have experienced while commuting ? Noisy children was number eight on the list of irritations. 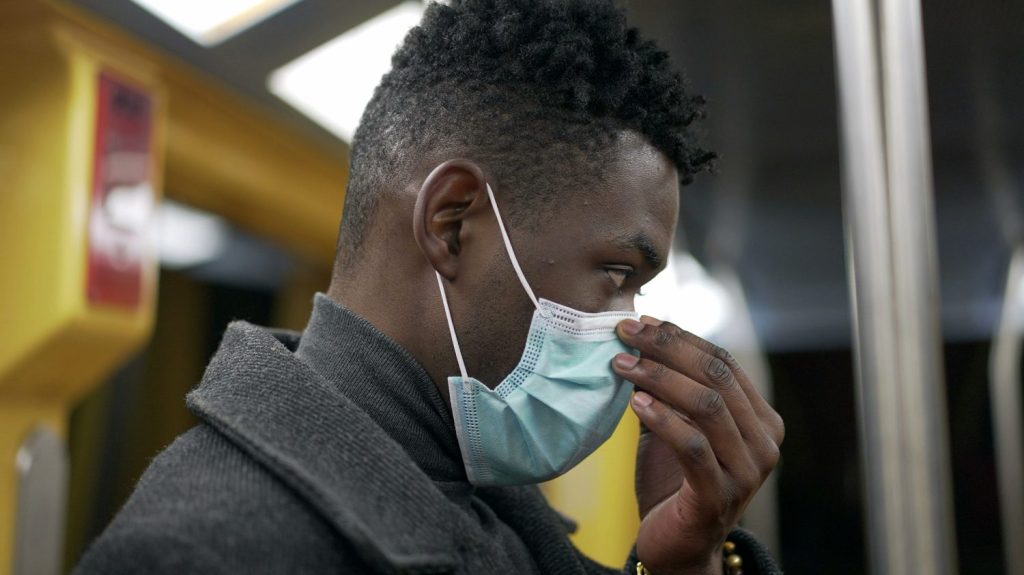 A commuter. Many times while communing there are all sots of things that happen on the way to and from work. Photo by ROB KNIGHT RUE TOUCH LIFESTYLE/ VIA SHUTTERSTOCK

Commuters have revealed their biggest public transport pet peeves, including ‘man-spreaders,’ feet on the seats and smelly food eaters. A poll of 1,000 UK adults, who use buses, trains, trams, subway, or boats – to get to their place of employment, found that 50 percent consider their commute to be the worst part of the day.

Other gripes include co-travelers hogging seats with their bags, fellow commuters having graphic conversations very loudly, and having to stand under someone’s armpits. Although 48 percent admit they have been guilty of committing such faux pas themselves.

The research was commissioned by Virgin Trains Ticketing, a booking platform that rewards passengers with points that can be exchanged for everyday treats, flights, and experiences.

“Commuting is a necessity for many working adults, and as the research shows it’s often the source of much frustration.” said Director Mark Plowright

“But it shouldn’t be such a nightmare – indeed travelers are likely to have lots of things they enjoy about their journey. It’s just that certain occurrences can ruin what should be a time to relax.”

The study also found the typical public transport commute is 41 minutes long – and on average 36 percent of it is spent feeling irritated.

This works out to be just under 30 minutes in total every day – there and back – or two-and-a-half hours a working week.

This might partly explain why 61 percent think commuters should be offered more incentives to use public transport. Although 41 percent are not aware some train operators run loyalty point reward schemes. This finding emerged at a time when 67 percent said they’re relying on such schemes to help counteract the costs of everyday living as much as possible.

The study, carried out via OnePoll, also found that 26 percent intend to look for cheaper ways to get to work over the coming months. And 21 percent of those polled intend to commute to work more in the coming months – to save costs on heating and electricity at home.

“It’s understandable there’s a desire for commuters to be more incentives to use public transport. For one thing, they spend a lot of time and money on these ways of getting to and from work. We’re hoping we can make days a little brighter with Virgin Trains Ticketing and a heap of points for every journey booked.” said Mark Plowright.

Here were some of the key findings of the study.

1. People talking loudly on their phones on public transport
2. Aggressive people
3. People refusing to give up their seat for needier people (e.g. older passengers, pregnant women, people with disabilities, or those with young children)
4. Leaving trash on the train tables/ bus floors/ seats
5. Very delayed trains, buses or trains
6. People who push in when queuing to get on public transport
7. No air conditioning or ventilation on public transport during the summer
8. Noisy children
9. “Manspreaders” – men who insist on taking up room by spreading their legs on public transport
10. People who don’t wait for you to get off the Tube, train or bus first before barging on
11. People taking up more than their fair share of space
12. When buses or trains simply don’t turn up
13. Feet on the seats
14. People who try and make conversation with you when you’re obviously reading/ listening to music/ not interested
15. People who hog the seat with their bags
16. People asking you to “move down” the carriage when there’s clearly no more space available
17. People who don’t let you in when you’re trying to get on a busy bus, train, or Tube
18. People who have body odour and insist on using high grab rails
19. People who lean up against handrails on public transport, so there’s nothing for anyone else to hold onto
20. People who sit next to you despite there being lots of empty seats elsewhere
21. Having to stand under someone’s armpit
22. The feeling of panic, after your bus, train or Tube has reached its stop, that you might not get off in time before the doors close and it moves off again
23. People who have graphic conversations very loudly
24. People who stand in train doorways rather than moving down the carriage
25. When you’re on time and your train/ bus is late
26. Only moving bags from seats when asked
27. Drunk people on the way home from work
28. People who listen to terrible music (loudly)