“TikTok and Gaming were made for each other”, said a gaming industry giant. 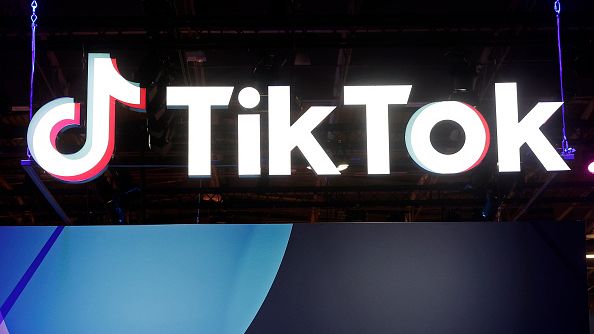 The logo of the mobile video sharing and social networking application TikTok, displayed during Paris Games Week 2022, in Paris, Frances on November 01, 2022. After two years of absence linked to the Covid-19 pandemic, Paris Games Week made a comeback. CHESNOT/GETTY IMAGES

TikTok recently announced the expansion of its universe with the inclusion of an exclusive section for video games.

The app that revolutionized the mobile video market now aims to repeat its success in the field of mobile games, albeit without neglecting its main offering.

ByteDance, the company that owns the platform, has not yet confirmed when the video game catalog will be available on the social network. As reported, the official announcement should arrive in the next week.

A British media outlet says that these games would be integrated into the existing TikTok app, so users would not have to download an additional component to access this functionality.

A new exclusive tab would be added to the app.

We’re ONE WEEK OUT from #TikTokMadeMePlayIt, our first virtual gaming event for publishers.

Register now to hear from top creators and leading publishers, and learn why the future of the #gaming industry belongs on TikTok:https://t.co/mWp76hBLp1 pic.twitter.com/6YdgjYehTR

TikTok follows the steps of Netflix Inc (NASDAQ: NFLX), which launched its mobile games feature in 2021. This filled a void left by Snap Inc (NYSE: SNAP) Snapchat and Meta Platforms Inc (NASDAQ: META)’s Facebook, both of which scrapped their gaming platforms in recent months.

Although the video game catalog is expected to be quite extensive, it seems that the new TikTok gaming section could also include all kinds of ads, a potentially negative feature for those users eager to play without pauses.

“TikTok and Gaming were made for each other. For more than a decade, the Gaming industry has been growing faster than any other to become one of the world’s most common forms of entertainment.

“With three billion active players, publishers are now launching games with the intention of creating mega brands and appealing to the masses,” said Assaf Sagy, head of global games for the platform in a recent LinkedIn post.

The Video Game Business: By mid-2022, TikTok had achieved a potential reach of one billion users. If this success were to be replicated in the new section, it would take the mobile video game industry to a new level of profitability.

In fact, TikTok hails from China, the country that leads the video game market with yearly revenues of more than $46 billion. Japan and South Korea, where TikTok has also been going strong for a while, are following closely.

The games are expected to be accompanied by diverse upgrades, accessible through different payment methods, as long as they are compatible with the Apple Store purchase system.

Which Video Games Will Be Available On TikTok?: Regarding the content, it was confirmed that various TikTok moderators in Europe tested the titles to detect any unwanted content. For the time being, everything seems to be on track for a possible debut this week.

According to sources, this step would only be the beginning of a new era for TikTok. Reports have also indicated that the Chinese company could be in negotiations with Netflix, which is interested in continuing to weave ties with the video game world as well, cementing an initiative that hasn’t been fully successful just yet.

Along these lines, Mike Verdu, vice president of Netflix Games, said that the platform is seriously exploring a cloud gaming offer.

The manager defined it as an added value within the streaming platform and announced that the company is already working on the development of 55 exclusive video games for its clients — although he did not share details about a potential alliance with TikTok within the gaming category.

The leading social video platform’s arrival in the gaming world right now reaffirmed the success that mobile games are currently experiencing. According to official numbers, the mobile gaming industry will end 2022 with revenues of $136 billion.

Only time will tell which video game development companies decide to join the mobile universe, thus expanding the offer of titles that can be enjoyed through these devices, and which ones won’t.

Ultimately, those betting on mobile will likely continue to take market share from physical formats and established gaming consoles.

Meanwhile, keep an eye out for the “TikTok Made Me Play It” event on Nov. 2, which is when the new gaming channel could be officially announced.