Netanyahu: ‘We’ll Return Israel To Its Place As A Rising Power Among The Nations’ 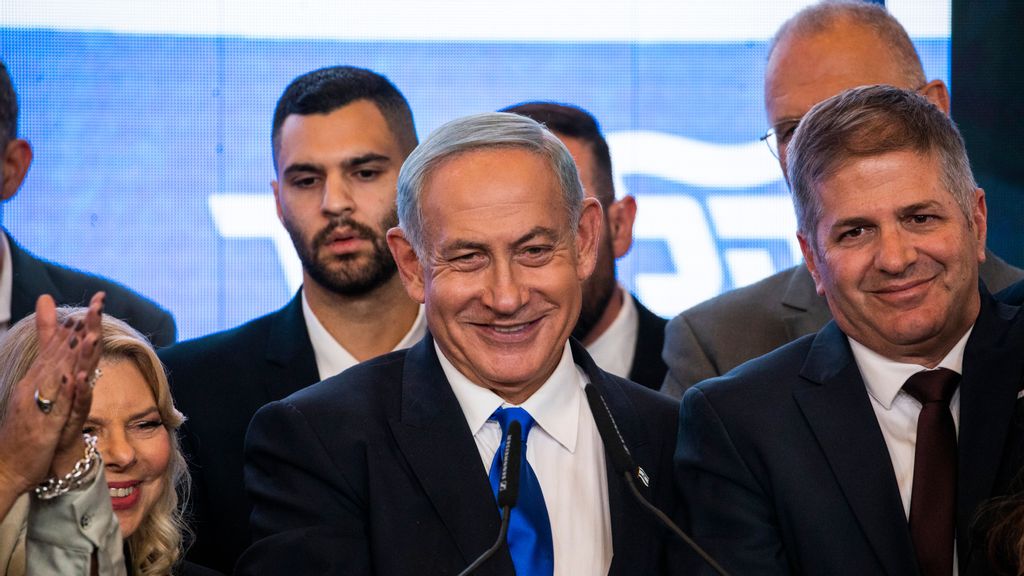 Likud party leader and former Israeli Prime Minister Benjamin Netanyahu greets his supporters after giving a statement following the exit polls of Israeli general election on November 1st, 2022. The conservative Likud party has come out on top in Israel's parliamentary election, according to forecasts based on exit polls. ILIA YEFIMOVICH/PICTURE ALLIANCE VIA GETTY IMAGES

“It’s become clear once again that the Likud is the largest party in Israel, above all the other parties by a wide margin,” the Likud leader said. However, even as he celebrated with his supporters, who chanted ‘Long live King Bibi,’ ‘the nation of Israel lives’ and ‘sovereignty, sovereignty,’ Netanyahu cautioned that they must wait for the “true results.”

Exit polls show Netanyahu’s bloc winning 61 or 62 Knesset seats (61 is the minimum required for a parliamentary majority in the 120-seat Knesset), but the official results may not be released until Friday afternoon. “One thing is clear—our way, the way of the Likud—proved itself. I remind you that from 52 mandates in the last election, we are on the threshold of a very great victory.” said Netanyahu.

He said further: “You know what else it wants? To return the national pride that was taken from us. And this we’ll bring as well.” Israelis wanted leadership that would worry about the country’s soldiers and wouldn’t “sacrifice lives for nothing,” he said, one that would operate out of “concern for every citizen, every soldier and … every mother and father that places in our hands their sons and daughters.”

He vowed to restore security, lower the cost of living, “expand the circle of peace” and “return Israel to its place as a rising power among the nations.”

Israeli President Isaac Herzog will designate a candidate to form a government by Nov. 8, and based on the exit polls, that candidate will likely be Netanyahu. The Likud leader, who served in the role from 1996-1999 and again from 2009-2021, will then have four weeks to form a coalition, with the possibility of a two-week extension.