Being verified on Twitter comes with prestige. Now it also comes with a price tag. 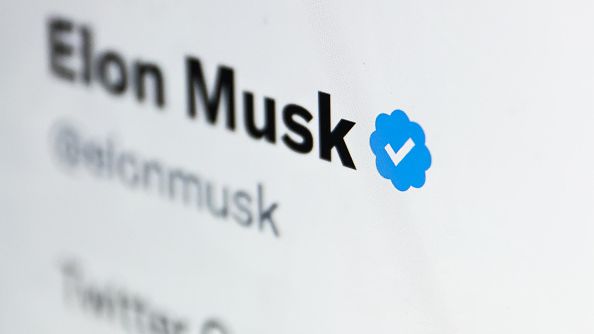 Elon Musk's Twitter account displayed on a laptop screen is seen in this illustration photo taken in Krakow, Poland on November 1, 2022. Musk wants people to pay for the Twitter verification mark. JAKUB PORZYCKI/NURPHOTO VIA GETTY IMAGES

TESLA CEO and newly minted Twitter owner Elon Musk on Tuesday announced that Twitter Blue will be available to all for $8 per month.

“Twitter’s current lords & peasants system for who has or doesn’t have a blue checkmark is bullsh**. Power to the people! Blue for $8/month,” Musk said via tweet.

The new Twitter Blue package will include the alluring verification checkmark, as well as the ability to post long video and audio formats.

Twitter Blue users will also see about half as many advertisements and receive priority in replies, mentions and search functions, which Musk said is essential to defeat spam accounts.

The new premium Twitter package will also feature the ability to bypass paywalls for companies willing to work with the social media platform. Musk explained that the new revenue stream will allow the company to reward its content creators.

Ahead of Tuesday’s announcement, Musk engaged in conversation on the platform surrounding the appropriate price for Twitter Blue.

Angel investor Jason Calacanis posted a poll on Monday asking users how much they would pay to be verified. More than 80% said they wouldn’t pay, to which Musk responded: “Interesting.”

“People will pay $49 a month, and if they won’t, they should not have been verified to begin with,” Noto said.

American author Stephen King expressed an opposing viewpoint. “$20 a month to keep my blue check? F*** that, they should pay me. If that gets instituted, I’m gone like Enron,” King said.

Musk responded to King, asking his thoughts on an $8 fee. The Tesla CEO again said that charging for Twitter Blue is necessary to defeat spam bots.

However, Nu Wexler, the former head of global policy communications at Twitter, cautioned that charging for blue ticks would make it more difficult to identify disinformation.

“With disinformation as an issue that a lot of platforms are struggling with, verification is one of the ways that journalists, academic researchers and some users use to filter out disinformation or low quality information,” said Wexler.

“If everyone who can afford $20/month can suddenly just buy a blue check, it loses its air of exclusivity and many of those who have actually earned it like @stephenking won’t pay for it,” Black said.

Whether users will pay the price for verification remains to be seen, but the amount appears set. Anyone who wants to be verified on Twitter moving forward will have to hand over $8 each month.