Daylight Saving Time Is Ending, And This Weekend Might Be The Last Time We ‘fall Back’

Could November mark the final occasion when clocks in the majority of American cities “fall back” to regular time? 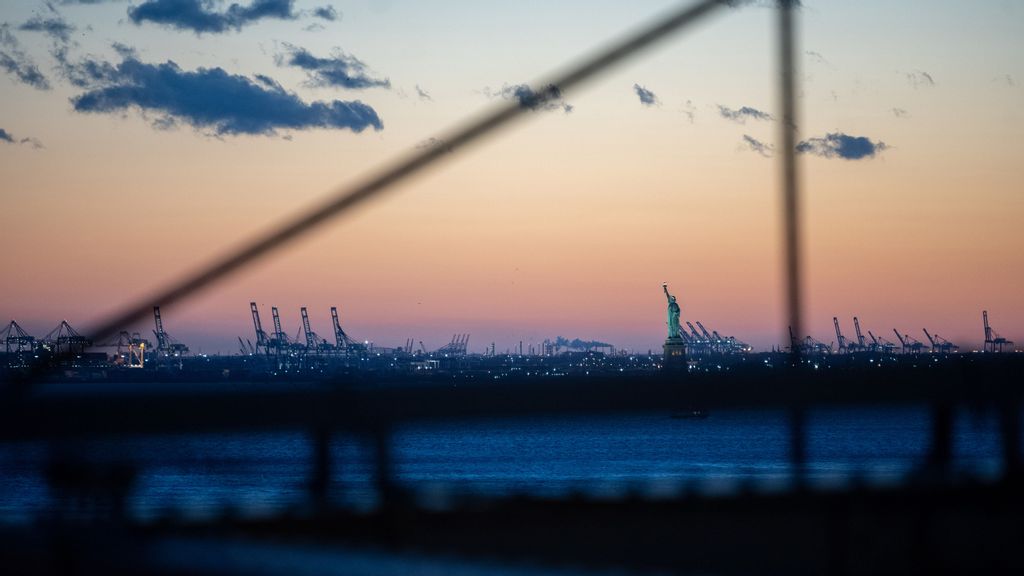 FILE - A view of The Statue of Liberty during the first sunset after the clocks changed for Daylight Savings as seen from the Brooklyn Bridge on March 14, 2021 in the Brooklyn borough of New York City. PHOTO BY ALEXI ROSENFELD VIA GETTY IMAGES

Could this November be the last time clocks in most parts of the United States “fall back” to standard time, ending daylight saving time?

While clocks once again will be set back an hour at 2 a.m. ET on Nov. 6, marking the end of daylight saving time (DST) this year, AccuWeather has compiled all you need to know about the future of the century-long practice.

A bill that would make daylight saving time permanent passed in the U.S. Senate on March 16, days after clocks were set to “spring forward” on the second Sunday of March, setting the annual tradition in motion.

But March 16 also marks the last action taken in regard to the proposed Sunshine Protection Act of 2021, when it made its way to the U.S. House, where it’s been stalled, according to Congress.gov. The bill was introduced by U.S. Sen. Marco Rubio of Florida in 2021, who, along with other bill supporters, cited reduced crime and car accidents among the reasons for making DST the permanent year-round standard. Advocates were hoping it would take effect on Nov. 5, 2023.

According to Congress.gov, states with areas exempt from daylight saving time may choose the standard time for those areas.

Arizona — with the exception of the Navajo territory — and Hawaii are the two states that do not observe daylight saving time. Puerto Rico, U.S. Virgin Islands, Northern Mariana Islands, Guam and American Samoa don’t follow it either.

Other countries are also reevaluating their use of daylight time. In Mexico, a bill to scrape DST in most cities across that country passed the lower house of Congress last week and will be going to President Andrés Manuel López Obrador to be signed into a law effective Sunday when the country is scheduled to turn clocks back for what would be the last time, The Associated Press reported. The change, however, would not apply to the cities and towns along the U.S. border.

American Founding Father and scientist Benjamin Franklin was the first person to hint at the idea of daylight saving time, from an economic perspective, in 1784 when he lived in Paris. He thought Parisians could save money on candles if they woke up at sunrise and went to bed as the sun set.

Over a century later, in 1895, New Zealand entomologist George Vernon Hudson proposed a two-hour shift forward in October and a two-hour shift backward in March to the Wellington Philosophical Society. But this only led to heavy criticism and mocking, with some detractors calling it confusing.

It wasn’t until 1916, two years into the First World War, that DST was first implemented by Germany.

The country decided to turn every clock in the country one hour ahead with the goal of minimizing the use of fuel for artificial lighting and saving it for war efforts. Soon after, other European countries such as Austria, France and the United Kingdom joined the practice.

Pittsburgh native Robert Garland first introduced the idea to the U.S. in 1918, after he visited the U.K., and a bill was signed and approved by President Wilson on March 8 of that same year.

But only seven months later, the war came to a close, and DST was repealed. It wasn’t reintroduced until the Second World War. From the end of the war in 1945 until 1966, there was no uniformity in the use of DST in the country, which caused quite a bit of confusion.

That dilemma came to an end in 1966, when the Uniform Time Act of 1966 was implemented by the U.S. Department of Transportation, dividing the country into different time zones and setting the official start and end dates of DST in the country as March through November.

But after half a century, it remains to be seen whether the DST tradition of changing clocks every few months lives on or the Sunshine Protection Act prevails.