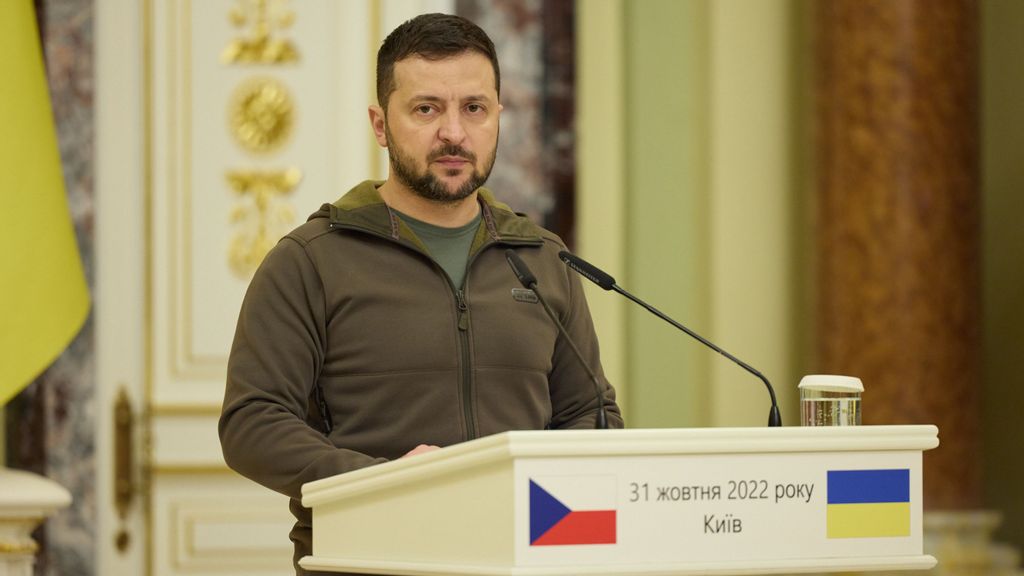 Israel will provide Ukraine with military communications systems, Ukrainian President Volodymyr Zelenskyy said in an interview with Channel 12 that aired on Monday night. Zelenskyy revealed that Kyiv has also asked for drones and cybersecurity systems, in addition to a recent formal request for aerial defense systems, and called on Israel to “choose a side” in the conflict.

As it relates to his previous comparison between Russia’s invasion of Ukraine and Hitler’s Final Solution, Zelensky stated, “When you hear the silence, especially from Israel, you begin to hear the voice of Nazis.” Zelenskyy also contended that Moscow had “used” Alternate Prime Minister Naftali Bennett, who earlier this year attempted to mediate between Russia and Ukraine. “The Russians don’t need a mediator, they just want someone to delay things,” Zelenskyy said, adding: “They saw in Bennett such a person. They used him. He wanted to stop the war, but he couldn’t.” The remarks came a week after Zelenskyy slammed Israel for not supplying weapons, and claimed that Moscow would help advance Iran’s nuclear program in exchange for Tehran sending drones and missiles to the Russian military.

Meanwhile, Ukrainian Ambassador to Israel Yevgen Korniychuk told The Hill on Sunday that he meets with his American counterpart Tom Nides every week in a bid to convince Washington to pressure Jerusalem into providing weapons to Kyiv. In the interview, Korniychuk referred to Nides as his “secret weapon” in this diplomatic offensive. “The Americans are the only country that Israel is listening to … [and] this is why we discuss the … need to change this major trend that makes Israel’s position different from the rest of the democratic world, and have more military technical cooperation,” he said.

Earlier this month, Israeli Defense Minister Benny Gantz told European Union ambassadors that while the Jewish state is aligned with Kyiv and Western nations, it would not offer any arms. “Our policy vis-à-vis Ukraine will not change—we will continue to support and stand with the West, we will not provide weapon systems,” said Gantz.

Israel has shied away from arming Ukraine over fears of upsetting Russia, the leading player in Syria, where the Israeli military has in recent years conducted hundreds of strikes aimed at curbing Iran’s military entrenchment and the transfer of weapons to Hezbollah there and in Lebanon.