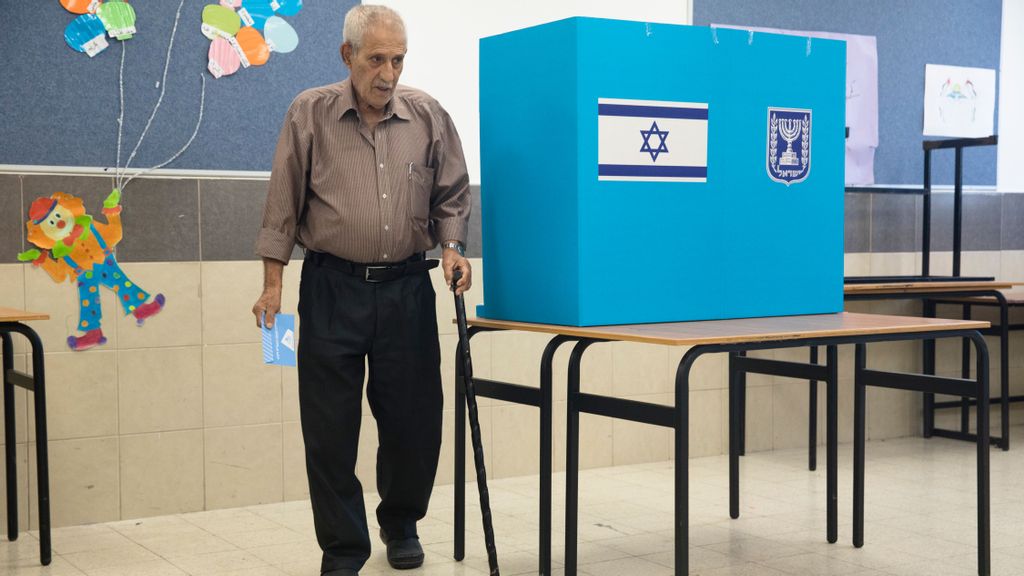 Arab Israeli man casts his vote in the Israeli General election on November 1, 2022, in Kafr Qara, Israel. Israelis return to the polls on November 1 for a fifth general election in four years to vote for a new Knesset, the 120-seat parliament. AMIR LEVY/GETTY IMAGES

Israeli Prime Minister, Yair Lapid, and opposition leader Benjamin Netanyahu both urged their supporters to head to the ballot box on Tuesday, claiming their respective blocs were running neck and neck.

“The data show it’s very close, go vote,” Lapid wrote in a Twitter post, adding: “No one who cares about the future of our children and the future of the State of Israel can remain at home in such a situation.”

Netanyahu said that he was currently “in a tie” with Lapid. “Now every vote counts. The race is very close. I ask everyone to go out and immediately vote Likud!” Netanyahu said in a written statement  on Twitter.

Three separate final polls published prior to Tuesday’s election showed Netanyahu’s right-wing/religious bloc standing one seat shy of a parliamentary majority. The polls by Channel 12, Channel 13 and the Kan public broadcaster all predicted the Netanyahu-led bloc securing 60 mandates, one short of a majority in the 120-member Knesset. The surveys all found Lapid’s current left-wing and Arab coalition partners together garnering 56 seats, with the non-aligned Arab-majority Hadash-Ta’al faction forecast to receive four mandates.