Our choices should be respected, be it in India, Iran, or any part of this world. 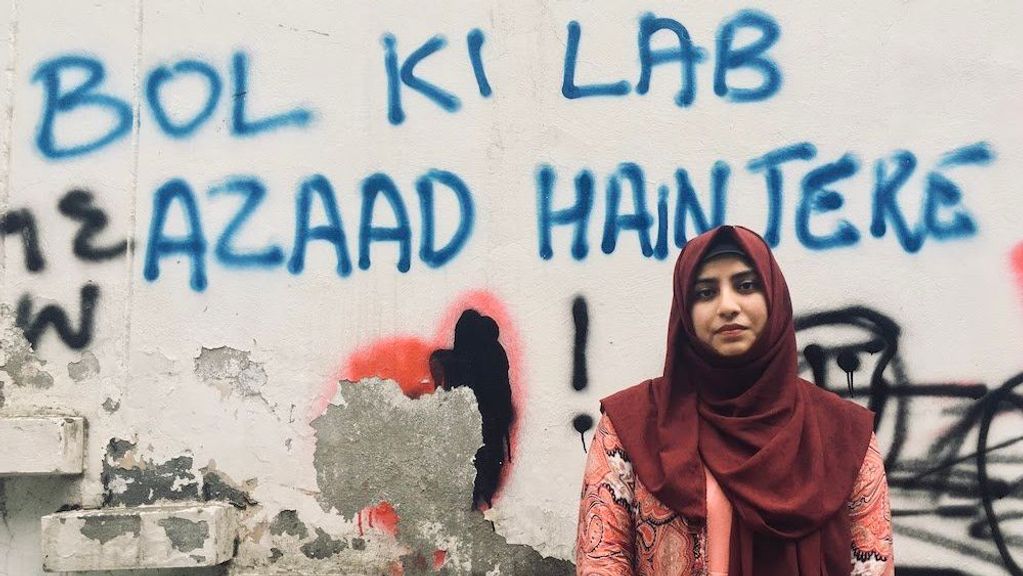 The Indian state of Karnataka banned hijab from public schools, exposing the hollow mantra of “secular India.” Sania Saifi, a theater and performance artist, was compelled to recollect her traumata on a Delhi school campus, where wearing a headscarf was not about exercising choice.

“On my first day of school, the school administration ordered me not to wear a headscarf in class,” Saifi said. “The second day, two teachers were already stationed outside my class to keep an eye on me, and they wouldn’t allow me into the classroom until I took off my hijab.”

During those two years, Saifi was forced to follow the school’s rules and removed her hijab upon arriving. But she felt guilty for breaking her own principles. She wanted to wear the hijab to show her devotion to Islam and represent her community. So when she enrolled in college at Delhi University’s Deshbandhu College to study theater, she decided she would always wear her hijab while performing.

“It is a matter of choice for every Muslim woman to wear or not wear hijab, or wear whatever they feel like wearing,” Saifi said. “Our choices should be respected, be it in India, Iran, or any part of this world.”

Saifi always enjoyed imitating movie stars as a child. She remembers once watching a Bollywood movie at her family’s house starring the actress Ameesha Patel and then reenacting a sobbing scene in front of her mother’s mirror to watch her facial expressions.

When Saifi auditioned for her first role in college, the selector choosing actors told her the theater required her to remove her headscarf.

“I was outraged at the time because everything that had happened in school had seemed to rush back,” Saifi said. “However, after a brief pause, I proclaimed that if I do theater, I will perform while donning my hijab.” The auditions continued, and Saifi was given a role.

“I’m proud of myself for standing my ground and telling them no,” she said. “That’s when the journey of ‘The Hijabi Performer’ began.”

She performed her first street play for students at the Indian Institute for Technology’s Delhi campus.

“I walked closer to the crowd and gazed into the eyes of a spectator as I delivered the play’s lone line of dialogue while proudly wearing my headscarf,” she said. “I noticed a different sense of respect in his eyes, and from that point on, there was no turning back.”

Street theater is a traditional entertainment and educational medium in India, often used as a way to spread awareness of social and political issues. Because audiences do not pay, and the performances happen in public places, anyone can attend.

In 2017, one of India’s leading newspapers recognized Saifi as the sole hijabi street play artist in Delhi University’s theater circuit.

While acting in college theatre, Saifi still experienced stereotyping and bullying, she said. Once, she was crossing a pathway at a theatre festival at IIT Mumbai, one of the largest theatre festivals held for students across India, when a girl shouted at her, “Wo Dekho, Pakistan Jaa Raha Hai (Look there, Pakistan is going)!” The other girls next to her started laughing.

“I couldn’t say a word to them and was completely dejected and disheartened,” Saifi remembered.

She used that experience to produce a play with her college team about all kinds of shaming and bullying. They performed the play at competitions and on various Delhi streets. Saifi’s line in the play deals with religious shaming. She wrote lines for herself that reflected what really happened to her at the Mumbai festival.

“‘The Hijabi performer’ roared out loudly in each and every performance,” Saifi said. “I made sure that my monologue must echo that wearing the hijab is my pride.”

Today, Saifi is a development communication graduate student at Jamia Millia Islamia, a Muslim university in Delhi. Because of the rising prominence of Hindu nationalist politics in India and the police brutalities suffered by Jamia students in and after several nationwide protests against Hindu-first policies, Saifi sometimes worries about her safety while wearing the hijab. She often hesitates before leaving campus for field trips that are required for her coursework.

On May 23, 2019, the day the Indian general elections were announced and Prime Minister Narendra Modi and the ruling Bharatiya Janata Party were swept back to power, Saifi worried about returning home from work.

“I was working in South Delhi, and while returning home, there were election celebrations taking place on every street,” she said. “I began to fear that people could easily recognize me because of my hijab, and reports of mob lynchings targeting Muslims were already becoming common across the nation. Until I got home, I kept on saying the verses from the Quran over and over.”

Despite the fear that her hijab makes her noticeably Muslim, Saifi continues to perform while wearing her religious headscarf. She has even turned down roles in films because the script required her to remove her hijab.

She continues to perform on the streets throughout Delhi and uses plays to educate and train underprivileged children about issues affecting their community.

“I perform and teach, helping the younger generation learn about humanity, kindness, and love, which the older generations have already started unlearning with India’s escalating politics of hate,” she said. “What is being done must be undone.”