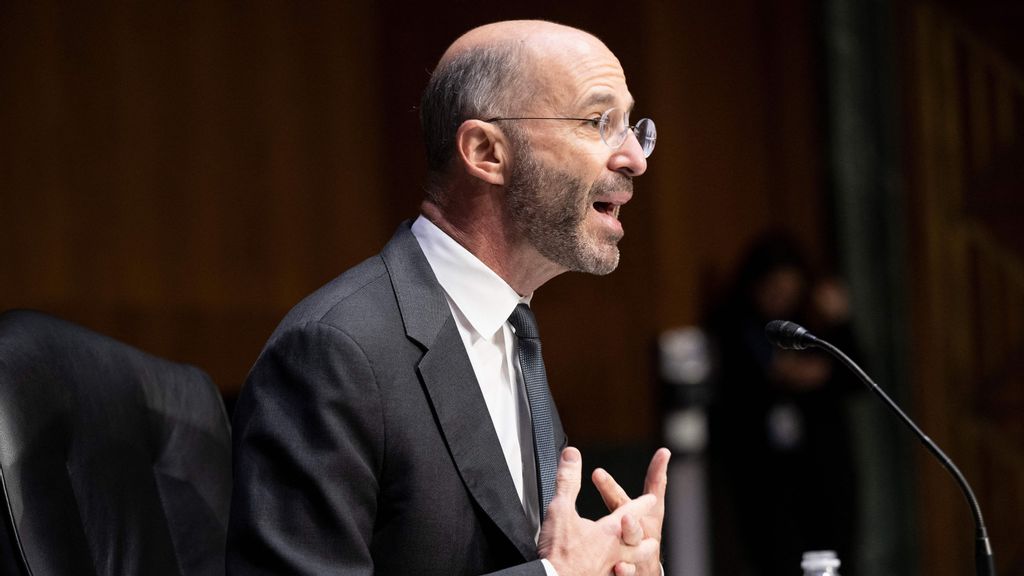 Robert Malley, Biden administration special envoy for Iran, testifies about the JCPOA (Joint Comprehensive Plan of Action) during a hearing of the Senate Foreign Relations on Capitol Hill May 25, 2022, in Washington, DC. Malley has revealed that the United States sealing a dew deal with Tehran is not the primary focus for the moment. BRENDAN SMIALOWSKI/AFP VIA GETTY IMAGES

United States special envoy for Iran Robert Malley on Monday made “no apology” for the Biden administration’s pursuit of a revised nuclear deal with Tehran, even as he conceded that forging a new agreement was “really not our focus now.”

Speaking at an online event hosted by the Carnegie Endowment for International Peace, Malley said Washington was not “wasting time” on pursuing negotiations, citing the ongoing mass protests in the Islamic Republic and the ongoing Russian invasion of Ukraine. “I think people have to understand that [we] were not tying our hands because of … this hope that someday maybe there’ll be a deal,” said Malley. “We are not going to focus on something that is inert when other things are happening,” he continued, referencing the demonstrations in Iran and Tehran’s decision “to get involved in a war in Europe” by transferring weapons to Russia. “Nothing is happening on the nuclear deal, so we are not going to spend our time, waste our time on it if nothing is happening. We are going to spend our time where we can be useful,” he added.

According to the group Human Rights Activists in Iran, at least 270 people have been killed and 14,000 arrested in nationwide protests in Iran sparked by the death on Sept. 16 of 22-year-old Mahsa Amini, who died in custody after being arrested by Iranian morality police for failing to wear her veil correctly.

Meanwhile, the United States recently expressed “grave concerns about Russia’s acquisition of … UAVs from Iran in violation of U.N. Security Council Resolution 2231,” which formally endorsed the 2015 Joint Comprehensive Plan of Action, commonly known as the Iran nuclear deal. According to U.S. State Department spokesperson Ned Price, there was “abundant evidence” that the drones are being used against Ukrainian civilians and critical civilian infrastructure.

In July, Malley said that Iran was just “a matter of weeks” away from having enough enriched uranium for a nuclear weapon. U.S. Rep. Claudia Tenney (R-N.Y.) said in September that Malley was consistently vague in his briefing that month to the House Foreign Affairs Committee, leaving the bipartisan group flustered. “We didn’t really get strong answers on what’s going on with a [nuclear] deal. The whole premise is supposed to be that Iran is never going to have a nuclear weapon. But the premise I walked out of that meeting with was, well, we’re just going to eventually let them have one,” Tenney said.