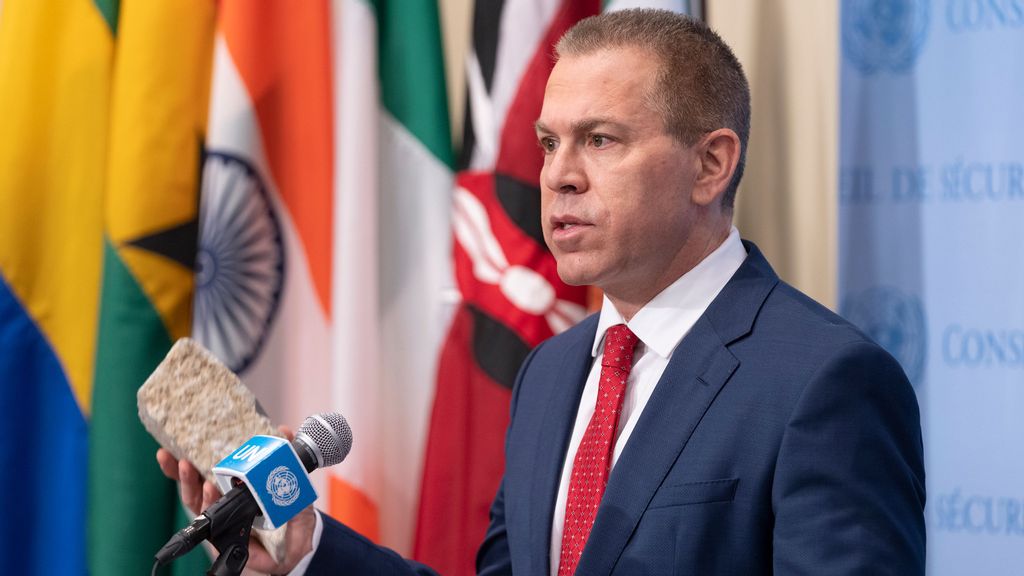 While members of the United Nations Security Council on Friday expressed alarm over the rising number of Palestinian casualties, Israel’s ambassador urged them to take a look at the underlying reason: ongoing security operations meant to stop a brutal escalation in terrorism.

“Israel is in the midst of a terror wave,” said Israeli envoy, Gilad Erdan, to the council during Friday’s quarterly debate on the Israeli-Palestinian conflict. “Since the start of this year alone, there have been over 4,000 Palestinian terror attacks perpetrated against Israelis. Car ramming, rock throwing, fire bombings, stabbing, shootings, rockets and many other acts of Palestinian violence have become a fact of life for millions of Israelis.” While “the Palestinian Authority may play victim here at the council,” he said further, in the jihadists hotbeds of Jenin and Nablus it “praise[s] terrorists.”

U.S. Ambassador to the United Nations, Linda Thomas-Greenfield, noted this is likely to be the deadliest year for Palestinians since 2006, and “call[ed] on Israeli and Palestinian authorities to do everything in their power to prevent such violence. This means security forces on both sides must refrain from taking uncoordinated actions that degrade the cooperation that had endured difficult times.” Thomas-Greenfield lauded the U.S.-brokered Israel-Lebanon maritime border agreement and chided the United Nations for “a disproportionate number of resolutions with an unfair focus on Israel. These one-sided resolutions and activities are a distraction and do nothing to improve the situation on the ground.”

Russia used its position on the council to rail against Israel, with Ambassador, Vassily Nebenzia, noting that “reports are coming in almost daily that civilians die there in the course of Israel’s so-called ‘anti-terror raids.’” Nebenzia, who has taken a harsh tone against Israel since its backing of Ukrainian sovereignty following Russia’s invasion in February, blamed the United States and European Union for “seek[ing] to divert the attention of the global community from acute regional conflicts,” including “the one that is key for the entire Middle East—the conflict of Israel and Palestine.”

Chinese Ambassador ,Geng Shuang, seemed to remain neutral, stating that Israelis and Palestinians “are and will remain each other’s neighbor with interdependent and indivisible security. We call on parties concerned to exercise maximum restraint, refrain from any unilateral action that may lead to miscalculation or escalation of tensions, and make every effort to reverse the negative trends on the ground and to deescalate the situation as soon as possible.” He said Beijing welcomed the reconciliation agreement reached by the Palestinian political factions in Algiers this month. That agreement, though, like several before it, has failed to produce any substantive unity among the Palestinian Authority and its rival terrorist groups in Gaza.

Albania, which has seemingly drawn closer to Israel since being hit by a wave of Iranian cyberattacks this year, opened by chiding “the indiscriminate launching of rockets by Hamas, the Palestinian Islamic Jihad and other terrorist groups into Israel,” with Ambassador Ferit Hoxha saying that “we must also expose and condemn those who help them in such behaviors.” Hoxha went on to condemn Iran’s destabilizing role in the region and beyond, citing its transfer of kamikaze drones to Russia for use against Ukrainian civilians, its cyberattacks “against critical infrastructure in peaceful nations” and its repression of its own people.

India commended the Israel-Lebanon deal and recent advancements in the development of the Abraham Accords, making no mention of the current state of the Israeli-Palestinian conflict. Brazil, which will likely take a harder line against Israel next year following a change in government, took issue with “the open-ended mandate, with no deadlines,” of the U.N. Commission of Inquiry investigating the Israeli-Palestinian conflict. The commission was criticized by a range of countries on Thursday as it presented its latest report to the U.N. General Assembly.