The R&B singer plans to use his experiences to move his career in a new direction. 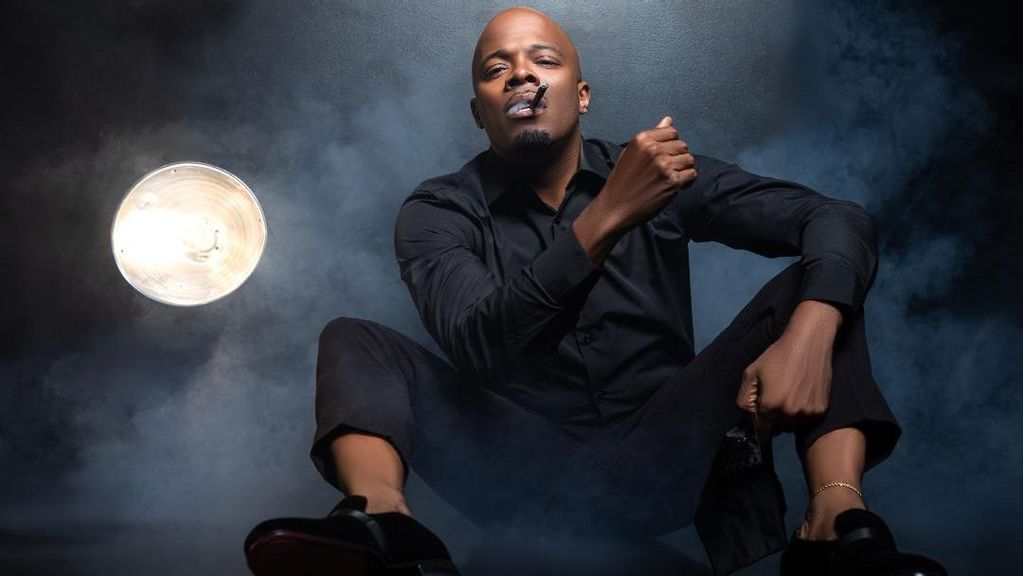 Danny Boy says his “Black Heart” album focuses on life and love. Mainly used for hook vocals for years, the singer now has a chance to release his own music. DANNY BOY

CHICAGO — Being signed to Death Row Records can be both intimidating and rewarding.

The powerful 1990s record label was known for its aggressive style, while grooming musicians such as 2Pac, Snoop Dogg and Dr. Dre. All were successful under the banner run by Suge Knight.

Danny Boy was just a teenager when the label sought his talents.

Mainly used for hook vocals, most noticeably on 2Pac’s, “I Ain’t Mad Atcha,” song, Danny Boy feels he can finally let his own voice be heard. (The hook is short, a line or melodic phrase that makes the song stand out.) His latest single, “This Song,” is an example of his range. His “Black Heart” album arrives in February 2023 from the Chicago Creed label, which the Chicago native says fulfills a 25-year journey.

Zenger gets the latest on Danny Boy’s new single and career.

Zenger: You have been in the headlines for everything but music. How good does it feel to just get back to the music?

Danny Boy: I’ve been doing so many other interviews about my past. I released a book, “Stranded On Death Row,” talking about my life experience. That’s all people have been talking about. But music speaks volumes. So now I have great songs and production to be able to get to the people. I hope that changes what they think or at least gives them perspective of who I am spiritually and musically.

Zenger: How did it feel to get back in the studio?

Danny Boy: I know that’s what God gifted me to do. That’s what I’m supposed to be doing. To be in the midst of doing that&mldr; when I was working on “Black Heart,” I was going through a breakup. Usually, I break down and don’t want to do anything. But I got back in the studio and the songs came. They matched my situation. Not just what I was going through, but what a lot of people are going through or have been through. I’m just excited to get an opportunity to sing more than a hook of a song.

Zenger: Was it a difficult process to get back in the lab and find your way again?

Danny Boy: No man, I’m always singing. I grew up in the studio around a great team of people coming up on Death Row Records. The studio is second nature to me. But to go in and not just record, because sometimes you go to the studio just to keep it up and not get a hit. But to go in and come out with a project that I’m actually happy with, I’m grateful.

Danny Boy: Absolutely! I heard people say R&B and soul music were dead. Even though I’ve been away from the recording side, I get the opportunity to sing on a stage with live music. That’s what I love. It’s amazing to see artists enjoy that type of music. It’s good to get back to basics. R&B is not dead. People like it and want it — especially with what we’re going through in the world.

Zenger: Was the title “Black Heart” reflecting your situation?

Danny Boy: It solidified it. That’s what made it concrete for me to go with “Black Heart.” It means the same thing the red heart means. Whether it’s love, struggle, different things that you go through in a relationship. Whatever that red heart means to you, the black heart is the same thing.

Danny Boy: I’m trying to push it up, but they’re saying Valentine’s Day is the album. We will be releasing the video to “This Song” soon. I’m grateful we’re top 30 with “This Song.” We’re being considered for a Grammy nomination. Just to be in the lineup, I can’t tell you how excited I am. I can’t wait to get on stage and interpret that song.

Zenger: You were signed to Death Row Records as a teenager, at 15. Seeing the evolution of music from then to now, did that take some adjusting?

Danny Boy: I’ve got a young team, my kids keep me in the loop, and I stay up on social media. Whether it’s one at a time or a group, we’re able to get to the people. We find our fan base and create new fans. You’re able to get those downloads. I came in at the end of the vinyl, and I can imagine what they felt like when the CDs came around. I’m willing to move with the movement. I can’t wait to see what it brings.

Zenger: You’ve weathered a lot of storms. Did the Death Row Records days, and seeing the way Suge [Knight] maneuvered prepare you for what you overcame and where you are now?

Danny Boy: Yes! I lost so much when I was younger, but I also learned a lot. I’m glad that God preserved me. I don’t want to make the same mistakes of not knowing the business. I sang background throughout the years for different artists. They became my friends. To go on the road and see them work the stage was a training ground to me. Even with the Death Row thing, it was all a training ground for right now.

I’m older now — it’s really about the music. I love singing just as much as I did when I was 16 and 17. Some people lose that. I’m grateful to still be able to hold on and be willing to sing.

Zenger: Is it different writing an entire project as opposed to just doing hooks?

Danny Boy: When I was recording with Death Row Records, I recorded so many records. Getting in the studio and being a writer is a piece of me. That’s the best parts of me, because no matter what I’m going through, I’m able to put the pen to the pad. Writing is hopefully about touching somebody. When writing a hook, especially with rappers, you’re always trying to coincide with what they’re talking about.

Zenger: To be able to finally release a full-length album in 2023, is this a tale of perseverance?

Danny Boy: I hope people are looking forward to it because it’s a scary thing. As I said, it’s been a long time and a hard journey. I’ve always wanted to sing, I’ve always wanted to put a record out. To get the opportunity 25 or 26 years later, and to have people interested, I’m elated and blessed. I won’t take that for granted. I hope the music that we’ve mixed up is what they want to hear.

For more information on the artist: @dannyboystewart on Instagram.