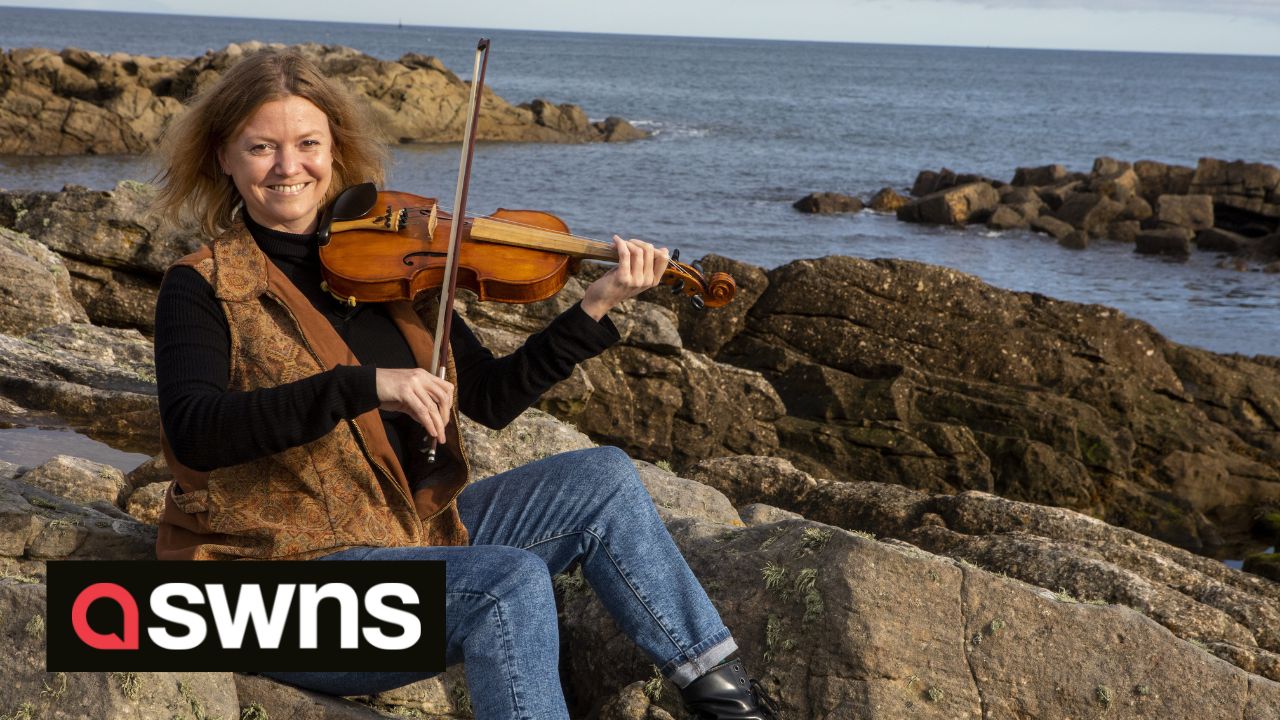 A descendant of Ernest Shackleton spent a week composing music on a violin made from the Antarctic explorer’s floorboards.

Georgia Shackleton, 35, is a professional musician who performs with the folk group The Shackleton Trio. She is a distant relative of Anglo-Irish explorer Sir Ernest Shackleton, who led three British expeditions and died in 1922. In 2018, she got in contact with a craftsman who had made a violin from floorboards in the famed explorer’s old home in Edinburgh, where he lived from 1904 to 1910. Georgia has spent a week in Crail, Fife, living in a remote cottage and composing music inspired by the sea.

The violin has the names of 28 crew members on board the Endurance expedition, as well as a poem about the sea. The luthier, Steve Burnett, used driftwood from beaches in East Lothian to create the instrument.

Georgia, who lives in Norwich, Norfolk, said: “Shackleton is a distant cousin in the family tree. Playing this violin is a really amazing feeling. There’s no real way to describe it. Being so connected to somebody so special, but also someone who you are connected to through the family tree.

“It’s been really amazing to play the instrument for the past week. I picked it up on Friday morning, I got in touch with Steve a few years ago, asking if I could come and play it one day. He kindly agreed to lend it to me for a week to make music on it. It’s been fantastic! We met up before when I was playing in the area. He’s done a really special job.”

Georgia also visited the RRS Discovery ship in Dundee, which her ancestor used in 1901 to reach Antarctica, and got to sit in the cabin. Her project is funded by the Arts Council. Georgia said: “Staying in Fife to compose music is the perfect place to be to make music inspired by the coast. The music I’m writing is music from the sea. I’m overlooking the sea from the window in the cottage. I’m here by myself, but there are lots of lovely dogs walking past. ”

“The instrument Steve has made is from floorboards in Shackleton’s Edinburgh home and driftwood from beaches. Inside it’s got the names of all 28 crew members from Shackleton’s Endurance expedition.

“It’s like a time capsule. It was 20 years ago when the driftwood was found, and Steve built another instrument from the driftwood. The Discovery was the first ship Shackleton went out on a voyage in, and I got to sit in the cabin. It was great to play it on the Discovery.”