The rapper’s wealth dropped from $2 billion to $400 million after his Yeezy brand deal ended. 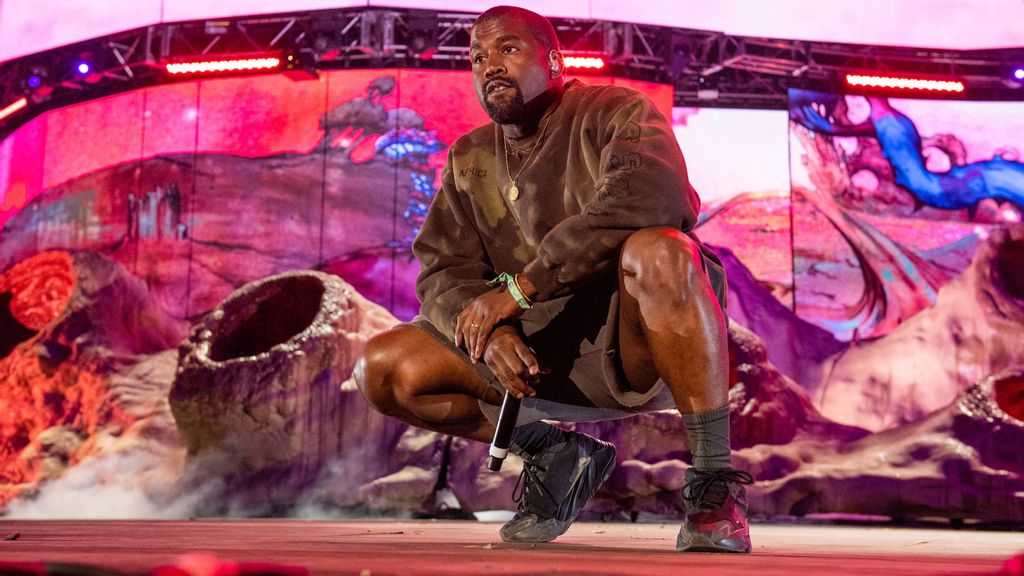 Kanye West performs during 2019 Coachella Valley Music And Arts Festival on April 20, 2019 in Indio, California. He currently has no record label to carry his music. (TIMOTHY NORRIS/GETTY IMAGES FOR COACHELLA)

Kanye West is paying for his widely condemned antisemitic comments.

West, now known as Ye, saw his net worth drop from $2 billion to $400 million after Adidas ended its “Yeezy” brand partnership with the rapper on Tuesday, Oct. 25, according to Forbes.

Earlier this month, West bragged that “Adidas cannot drop me” in a podcast interview. After outside pressure forced the retailer’s hand, the company, founded by Nazi member Adi Dassler, did.

In recent podcasts and interviews, Ye has relied on well-worn, hate tropes. He blamed the “Jewish media” and “Jewish Zionists” for a series of problems and threatened to go “death con 3 on JEWISH PEOPLE.”

His deal with Adidas made up $1.5 billion of his net worth, according to Forbes, with the German sporting-goods giant getting about 4% to 8% of its sales from Yeezy products. They include Yeezy Boost sneakers, shirts, jackets, track pants, socks, slides, women’s shoes, lingerie and slippers.

“Adidas does not tolerate antisemitism and any other sort of hate speech. Ye’s recent comments and actions have been unacceptable, hateful and dangerous, and they violate the company’s values of diversity and inclusion, mutual respect and fairness,” the company said in a statement.

“After a thorough review, the company has taken the decision to terminate the partnership with Ye immediately, end production of Yeezy branded products and stop all payments to Ye and his companies. Adidas will stop the Adidas Yeezy business with immediate effect,” it said.

In addition, West’s Twitter and Instagram accounts were suspended, due to his offensive outbursts, and his antisemitic posts were removed. Several other companies have cut ties with West over the controversy, such as Gap, Balenciaga, TJ Maxx and Foot Locker.

CAA, The Creative Artists Agency, also ended its relationship with the performer, while MRC dropped an upcoming documentary on him. MRC studio executives Modi Wiczyk, Asif Satchu and Scott Tenley announced in a memo Monday: “We cannot support any content that amplifies his platform.”

In a lengthy blog post, the MRC executives said: “Last week he sampled and remixed a classic tune that has charted for over 3000 years — the lie that Jews are evil and conspire to control the world for their own gain. … Lies are an important part of all discrimination, and this one is no different.”

Ye also provoked controversy in early October at a fashion show in Paris, where he showcased the ninth season of his YZY clothing label. He and his models wore a T-shirt decorated with the phrase “White Lives Matter.”

The Anti-Defamation League describes “White Lives Matter” as a “white supremacist phrase” and categorizes it as a “hate slogan.”