Here’s What You Will Get If You Invested $1,000 In Twitter When Musk Disclosed A Stake 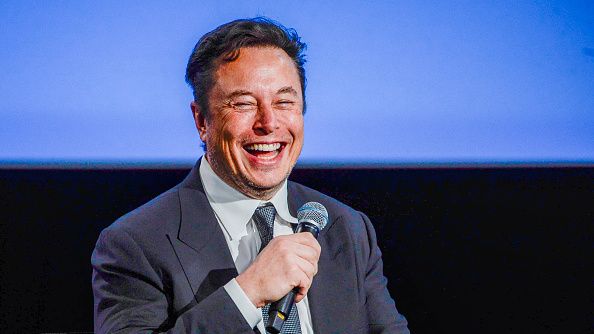 Tesla CEO Elon Musk smiles as he addresses guests at the Offshore Northern Seas 2022 (ONS) meeting in Stavanger, Norway on August 29, 2022. The meeting, held in Stavanger from August 29 to September 1, 2022. CARINA JOHANSEN/NTB/AFP VIA GETTY IMAGES

Here’s what investors would have done if they took a stake when Musk’s initial stake was announced.

The captivating saga between Twitter and Musk dates back to January when the Tesla CEO began accumulating shares.

Musk acquired a large number of shares and eventually hit the 5% ownership threshold which meant he would have to publicly disclose his position in the company.

“I invested in Twitter as I believe in its potential to be the platform for free speech around the globe, and I believe free speech is a societal imperative for a functional democracy,” Musk said at the time.

“However, since making my investment I now realize the company will neither thrive nor serve this societal imperative in its current form. Twitter needs to be transformed as a private company.”

A back-and-forth of sorts occurred over the next several months. Musk walked away from the agreement citing a “material adverse effect,” due to issues of spam and bot accounts.

Twitter sued Musk to complete the deal. Musk countersued. As the court case proceeded, Musk again announced an offer to take Twitter private at $54.20 per share.

The deal is now nearing the finish line and Twitter shares will be delisted from the New York Stock Exchange.

Musk said he plans on creating a “common digital town square” with Twitter being a place to welcome both sides of the political aisle.

Investing $1,000 in Twitter: Shares of Twitter spiked to over $50 in the pre-market trading session on April 4 after Musk’s stake was disclosed.

This represents a gain of 13.2% in around seven months.

The 13.2% in seven months would be an annualized gain of 22.7% and greatly outpaced several leading stock indexes over the same time.

Tesla shares are down 38.1% over the same time period. Some investors have pointed to Tesla shares being impacted by an overhang of Musk selling shares to help finance the deal.