A winterlike storm blanketed the Rockies in Colorado with up to 10 inches of snow. 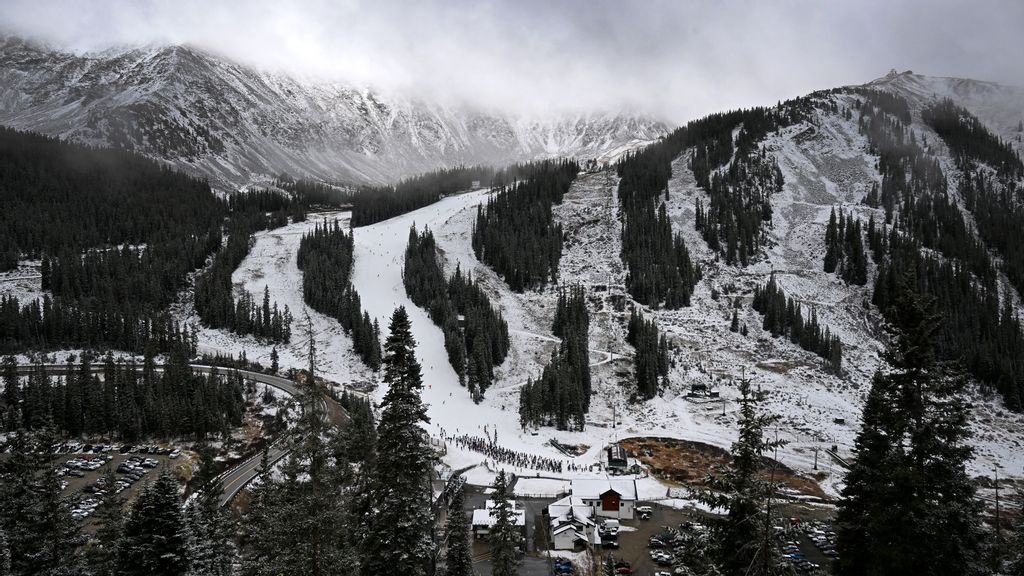 Only one run, High Noon Run, was open for opening day at Arapahoe Basin Ski Area on October 23, 2022 in Summit County, Colorado. Hundreds of skiers, snowboarders and other snow aficionados turned out for Arapahoe Basins opening day. PHOTO BY HELEN H. RICHARDSO VIA GETTY IMAGES

A winterlike storm blanketed the Rockies in Colorado with up to 10 inches of snow on Wednesday and Thursday and even brought the first measurable snow of the season to communities around the Denver metro area.

People and animals alike reveled in the season’s first snow around Denver on Thursday by participating in snowball fights and frolicking through the winter wonderland.

Several atmospheric ingredients came together this week to produce the accumulating snow, according to AccuWeather forecasters.

“As vigorous low pressure rolled through the southern Rockies, moisture was pulled up from the south ahead of the storm, while cold air plunged southward behind it,” explained AccuWeather Senior Meteorologist Heather Zehr.

After starting the week with highs in the upper 60s, temperatures settled in the mid-40s in Denver.

Communities around the Mile High City and in the nearby foothills measured about 2-4 inches of snow. However, the official observing site for the city, Denver International Airport, which is about 19 miles northeast of downtown, measured only a trace of snow (less than 0.1 of an inch).

Higher amounts were observed in the mountains west of Denver, with many reports above 6 inches. Cuchara, a town located in south-central Colorado at nearly 8,500 feet in elevation, reported the highest amount in the state of 10 inches.

While residents in locales with higher accumulation spent the day shoveling out, for downtown Denver and points east, the snow amounted to a dusting of accumulation at most, which quickly melted. Officially, the season’s first measurable snow in the city has yet to occur, as a trace of snow does not qualify as a measurable total.

“We’re 5,000 feet closer to the sun, so when that sun comes out, it takes care of it quickly,” quipped AccuWeather reporter and Colorado resident Tony Laubach on AccuWeather Prime, while pointing to a snowless landscape near Denver later in the day on Thursday.

In recent years, the date of the first measurable snow in Denver has been highly variable.

Last year, it took until Dec. 9 for the first measurable snow at Denver International Airport. That day, 0.3 of an inch of snow was reported, which was a new record for the latest first official measurable snow.

In 2020, the first accumulating snow fell on Sept. 8, marking one of the earliest first snowfalls on record there.

The average date of the first measurable snow in Denver is Oct. 18.

The cold and snowy conditions won’t stick around in Denver as November arrives. A warmup is in store for the area, and high temperatures could settle around 70 degrees Fahrenheit by this coming Tuesday, forecasters say. The average high for this time of year in the city is around 62.